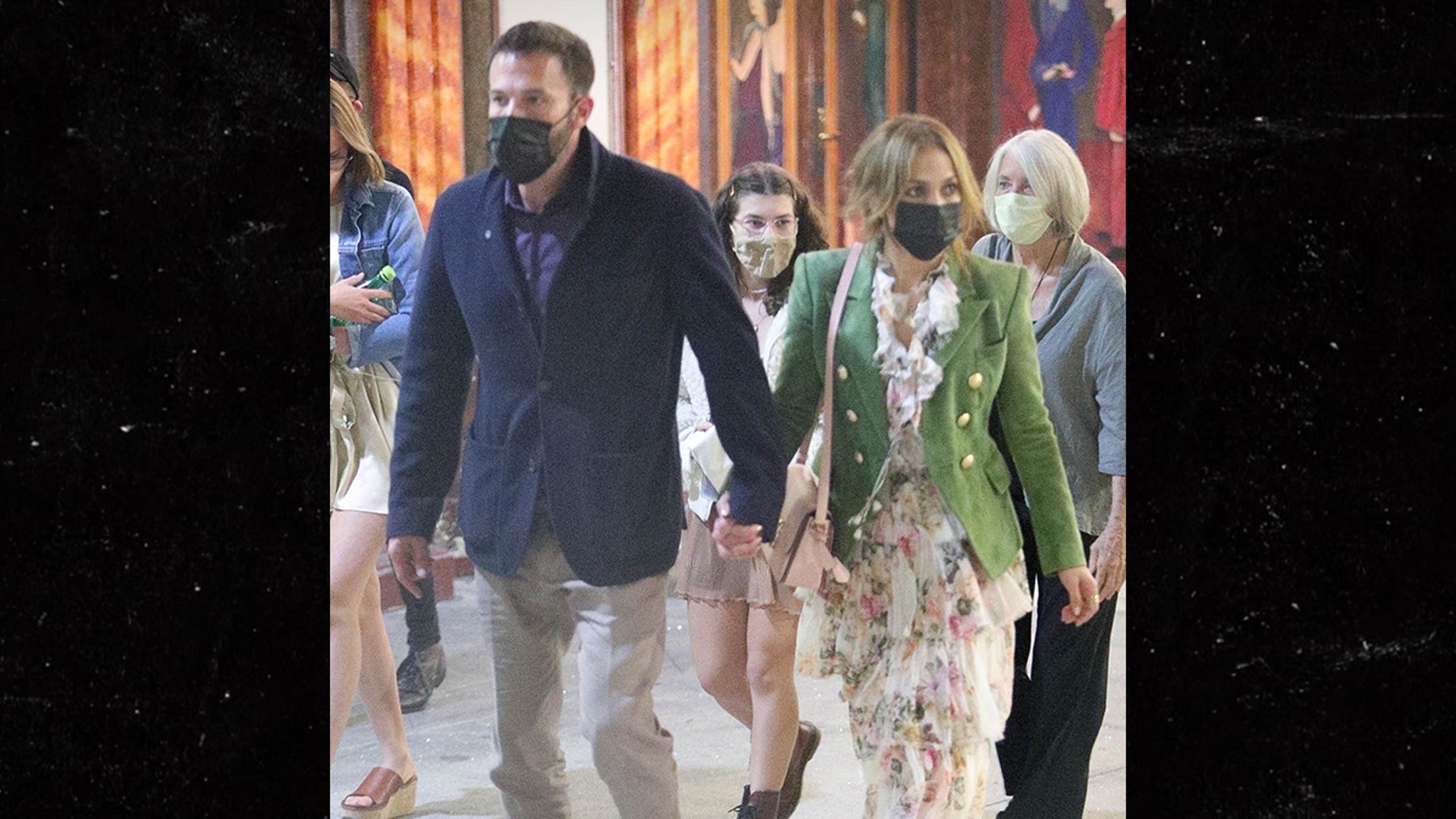 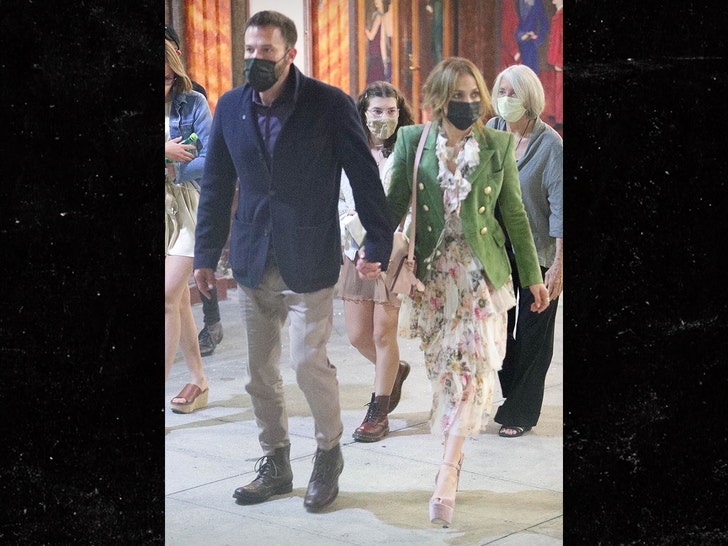 Ben Affleck and J Lo took yet another step forward Friday night, as they took their brood to learn about the Constitution and the Founding Fathers … AKA “Hamilton.”

Ben and Jen were out in Hollywood, along with Affleck’s daughters, Violet and Seraphina, and J Lo’s kids, Max and Emme. Ben’s 9-year-old son, Samuel, didn’t come along for the ride. 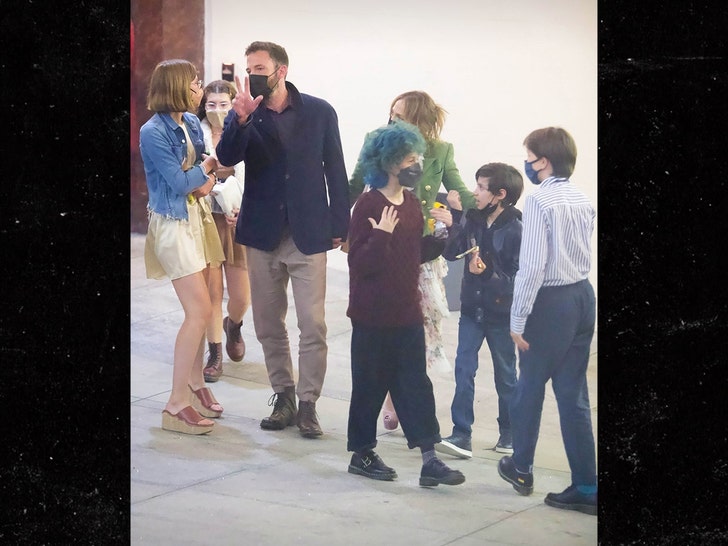 They took a trek to the Pantages Theatre … giving other theatre-goers a choice … watch the play or do some rubbernecking in their seats to catch a glimpse of Ben and Jen. 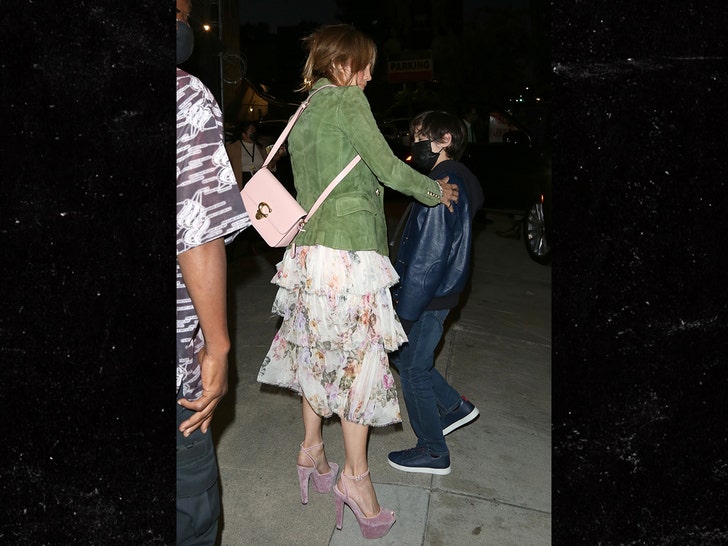 Also along for the ride … Ben’s mom. We know Ben has spent time with J Lo’s mom, Guadalupe, when they were in Vegas, so now the circle is complete. 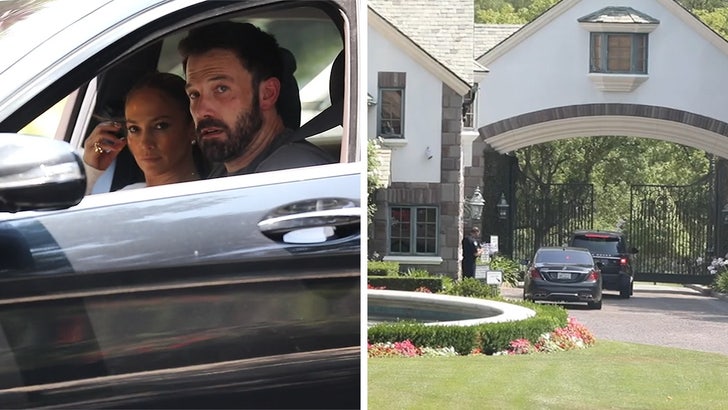 It seems only a matter of time until they seal the deal. They’re already looking for houses — who are we kidding, massive estates — as they house-hunt all over L.A.

Ben took his 3 kids to the Century City Mall earlier in the day … so Friday was mingle-with-the-crowds day in L.A.

J Lo is clearly making L.A. home base. She already has a house in Bel Air, and she’s been looking at schools for her kids … including the school that Seraphina attends.

J Lo and Ben have been inseparable since hooking back up a few months back. They sailed the seas of Europe last month to celebrate J Lo’s 52nd birthday. This week they reunited after Ben’s 49th.

This is undeniably on the fast track.