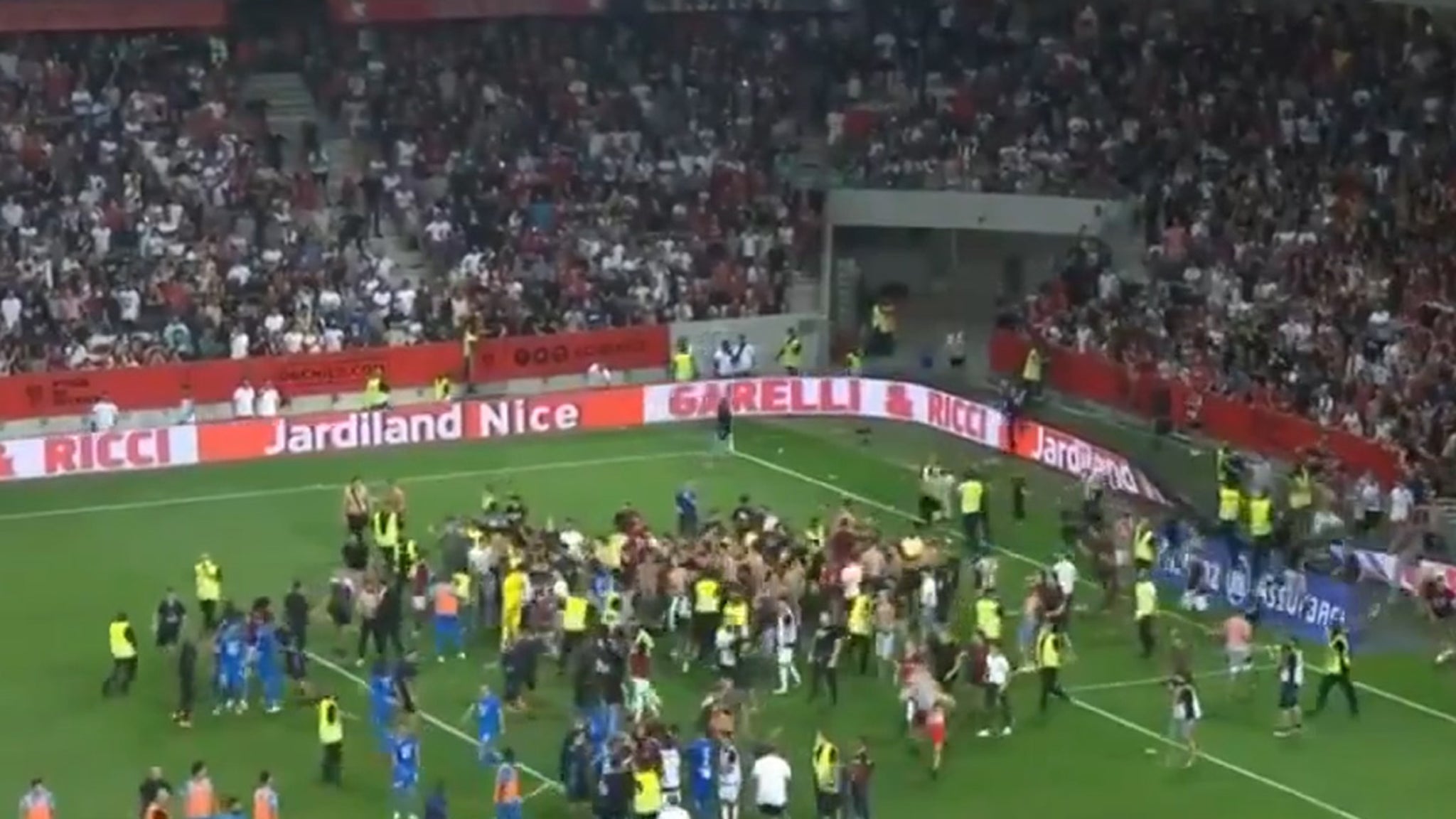 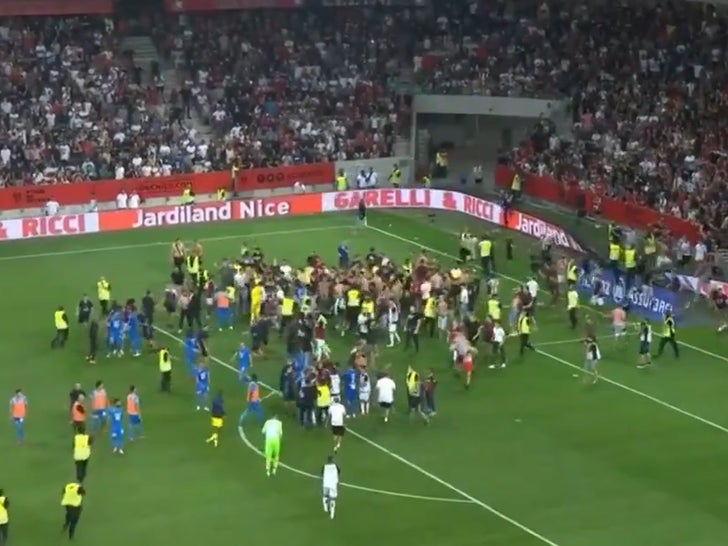 A wild brawl broke out during a French soccer match Sunday … with fans invading the pitch and trading violent blows with players on the field.

The insane scene all went down toward the end of the Nice vs. Marseille tilt in France … when Marseille forward Dimitri Paye was hit by a bottle that was thrown from the stands.

Fans ran on to the pitch to fight players during the Nice and Marseille match.

The incident started after a fan threw a bottle at Dimitri Payet and he threw it back into the crowd.pic.twitter.com/kUzp8I52gY

In broadcast footage from the game, you can see after Payne hurled the bottle back toward fans … an absolutely chaotic scene was ignited.

People in the stands began throwing more trash at players … before they ultimately stormed the field and went after the footballers.

Video from the stadium shows fans and players shoved each other wildly … and at one point, one man appeared to be knocked out by a vicious punch to the face.

One of the Marseille staff ran on and lumped a Nice fan ffs 🤣 pic.twitter.com/Vq0aq1rN1u

Fortunately, after a delay of over an hour, officials and security workers were able to get players to safety. The rest of the match, though, was ultimately canceled.

Ligue de Football Professionnel announced Monday the two teams have now been summoned for a disciplinary hearing on Wednesday over the melee.