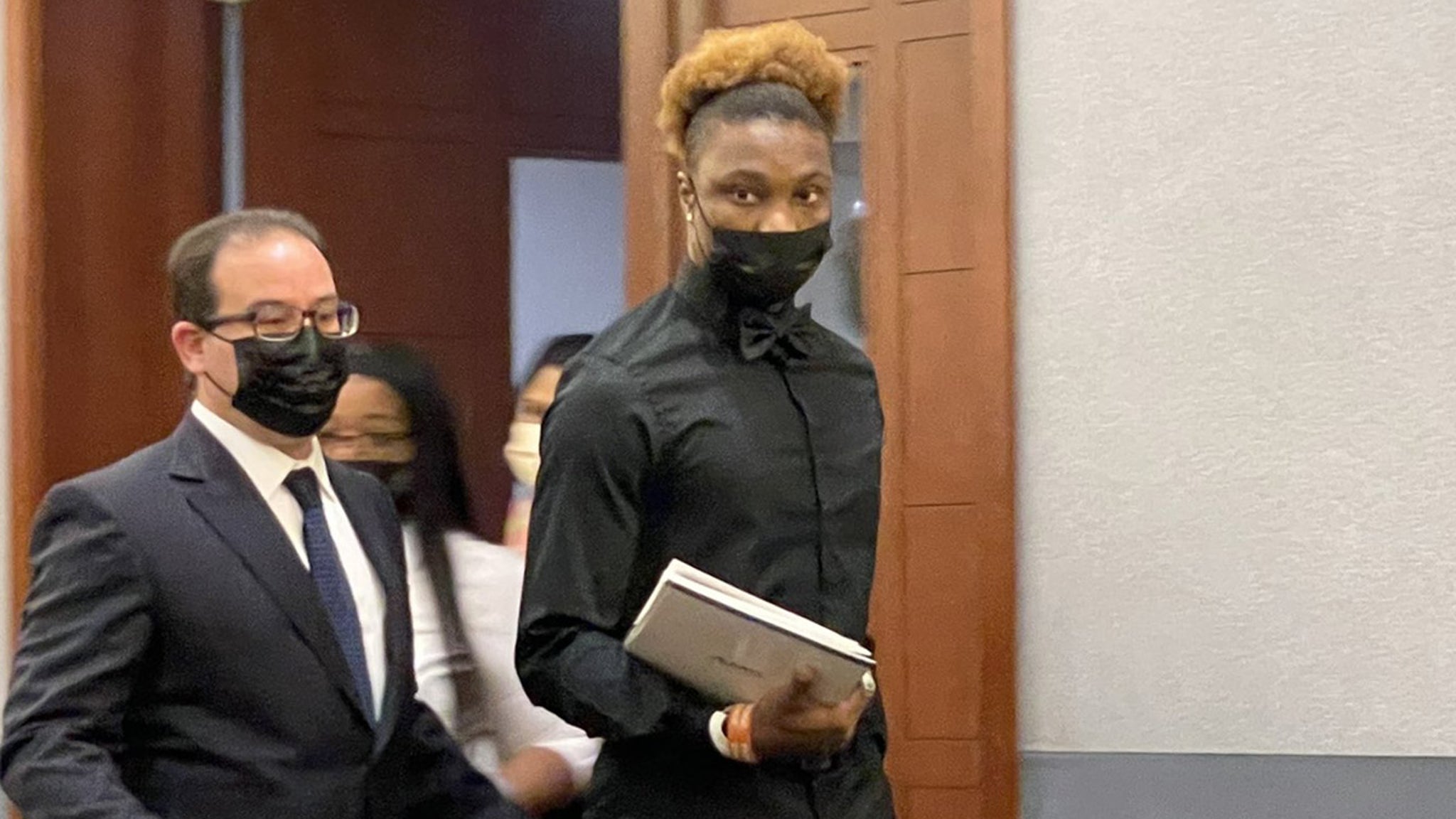 8:27 AM PT — Ruggs was not ordered to go back to jail over the missed test, but the judge ruled he will now have to undergo 24/7 alcohol monitoring.

The judge ordered Ruggs to wear an ankle device that will measure the levels of alcohol in his system through his skin. The NFL player had previously been testing his alcohol levels via a handheld device.

Ruggs did not speak with media members as he left the court room. He’s due back next in court for another hearing in his DUI case in December.

Henry Ruggs is back in the public eye … the ex-Raiders star just showed up to a Las Vegas courthouse after a judge ordered him to appear over a missed breath test.

Ruggs entered the court in a black shirt, black pants and black bowtie — and walked with seemingly no issues whatsoever.

Of course, the last time we saw Ruggs in public was in a courtroom on Nov. 3 — the day after he was accused of slamming his Corvette into a Toyota and killing a woman and her dog.

At that hearing, where Ruggs posted bond and was released from custody, the football player was seen in a neck brace and a wheelchair.

The 22-year-old, though, appeared to be just fine Monday morning … showing no signs of long-term injuries suffered in the crash.

As we previously reported, Ruggs was ordered to appear before a judge Monday after he allegedly missed a required alcohol breath test.

As part of the conditions of his release, Ruggs has been ordered to submit to alcohol testing several times a day — and at a hearing last week, a judge said he missed one of those check-ins.

There’s a chance Ruggs could be put back behind bars over it all — the hearing to discuss the matter is currently underway right now. We’ll keep you posted on how it unfolds.