MLB superstar Mookie Betts is officially a married man — the Dodgers slugger tied the knot with his longtime girlfriend, Brianna Hammonds, at an oceanside wedding in California on Wednesday … and TMZ Sports has the pics!!!

The ceremony in Rancho Palos Verdes looked amazing — with 29-year-old Betts rocking a green suit and Brianna in a stunning white dress. 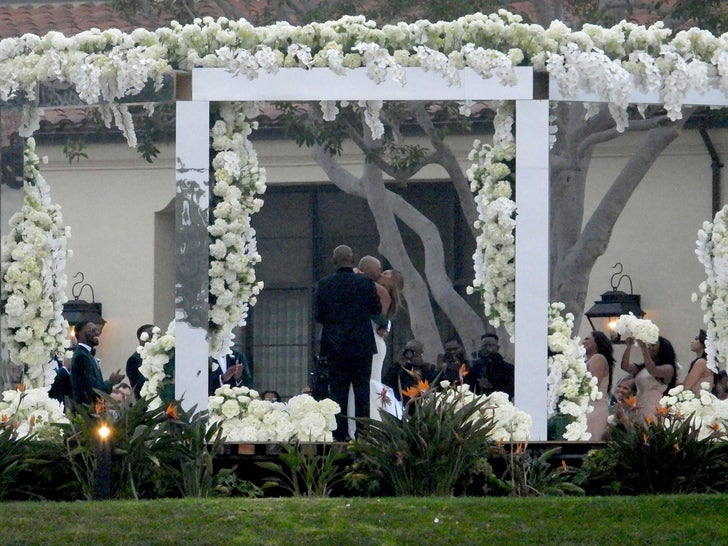 The reception looked like a blast — with all the players and their WAGs partying it up all night.

Taylor also had more to celebrate — he just inked a 4-year, $60 million deal this week!!

As we previously reported, Betts and Hammonds got engaged in January 2021 after 15 years of dating. They have a baby girl, Kynlee, together.

Betts — a 2-time World Series champ — already had two rings … and now he’s gotta do some rearranging for number three!!

Congrats to the married couple!!