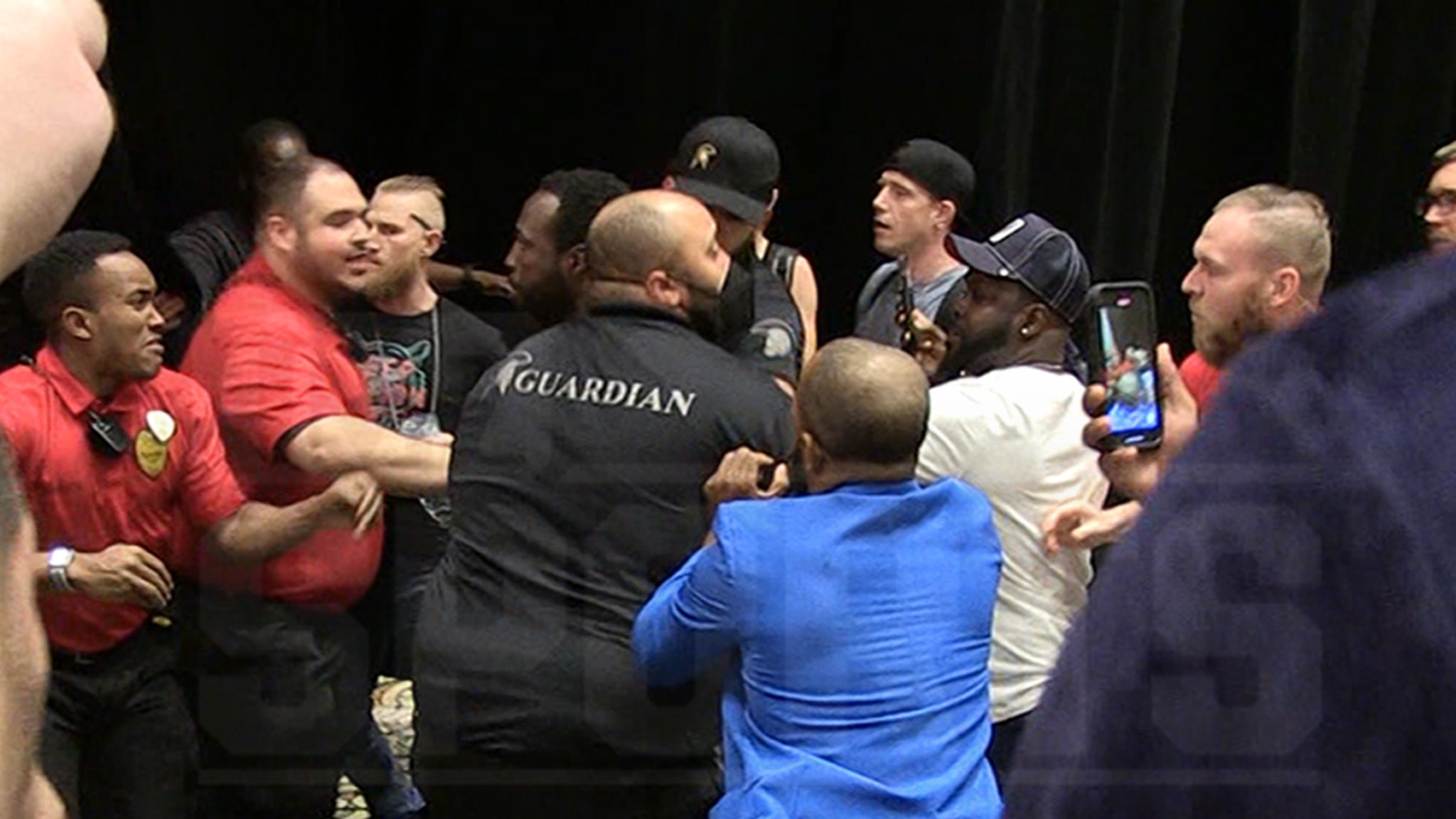 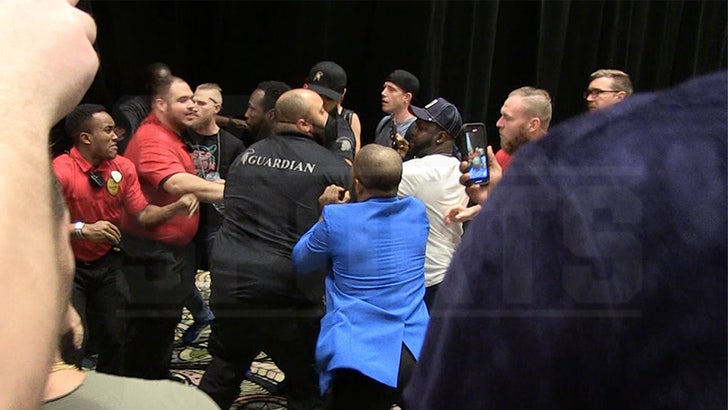 Welp, the fights were supposed to be tomorrow … but, fighters gon’ fight.

Nate Diaz, UFC fighter Nick Maximov, Chris Avila and the 209 crew nearly came to blows with Bellator champ A.J. McKee, Anthony Taylor, and their guys on Friday … and we got the vid.

Of course, 28-year-old Avila is fighting 32-year-old Taylor Saturday night in Tampa … before Jake and Tyron square up for a second time.

There’s a history here — both guys fought in Bellator in 2020, with Taylor getting the win.

There was pushing and shoving just minutes ago … but thankfully, it doesn’t appear any punches were thrown, and nobody was hurt.

It actually adds even more juice to undercard bout … ’cause the guys clearly don’t like each other.

During the press conference on Thursday, Taylor clowned Avila for the way he talks, saying he was trying to imitate the Diaz bros.

If you aren’t familiar with Chris … he’s been one of Nate’s closest friends for years.

The men’s fight settles the score tomorrow — and lucky us, we get to watch.