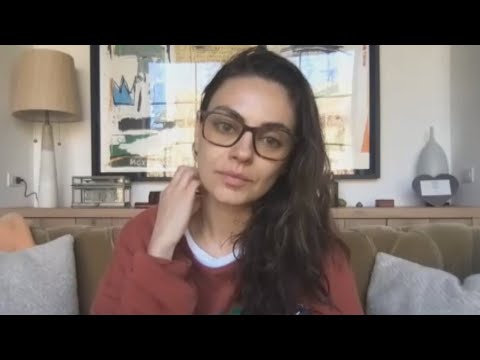 Ads by Amazon
Share on Facebook
Share on Twitter
Share on Pinterest
Share on LinkedIn
Milas Kunis is feeling closer to her home country than ever. As part of Maria Shriver’s ‘Conversations Above the Noise’ digital series, the 38-year-old actress opens up about why she’s now telling her kids they’re half Ukrainian amid Russian’s invasion in her homeland. Mila also talks about why she used to tell people she was Russian instead of Ukrainian and why she felt ‘L.A. through and through’ after immigrating to California in 1991. However, she says the conflict in Ukraine opened her eyes to the importance of connecting herself to the land she once called home.