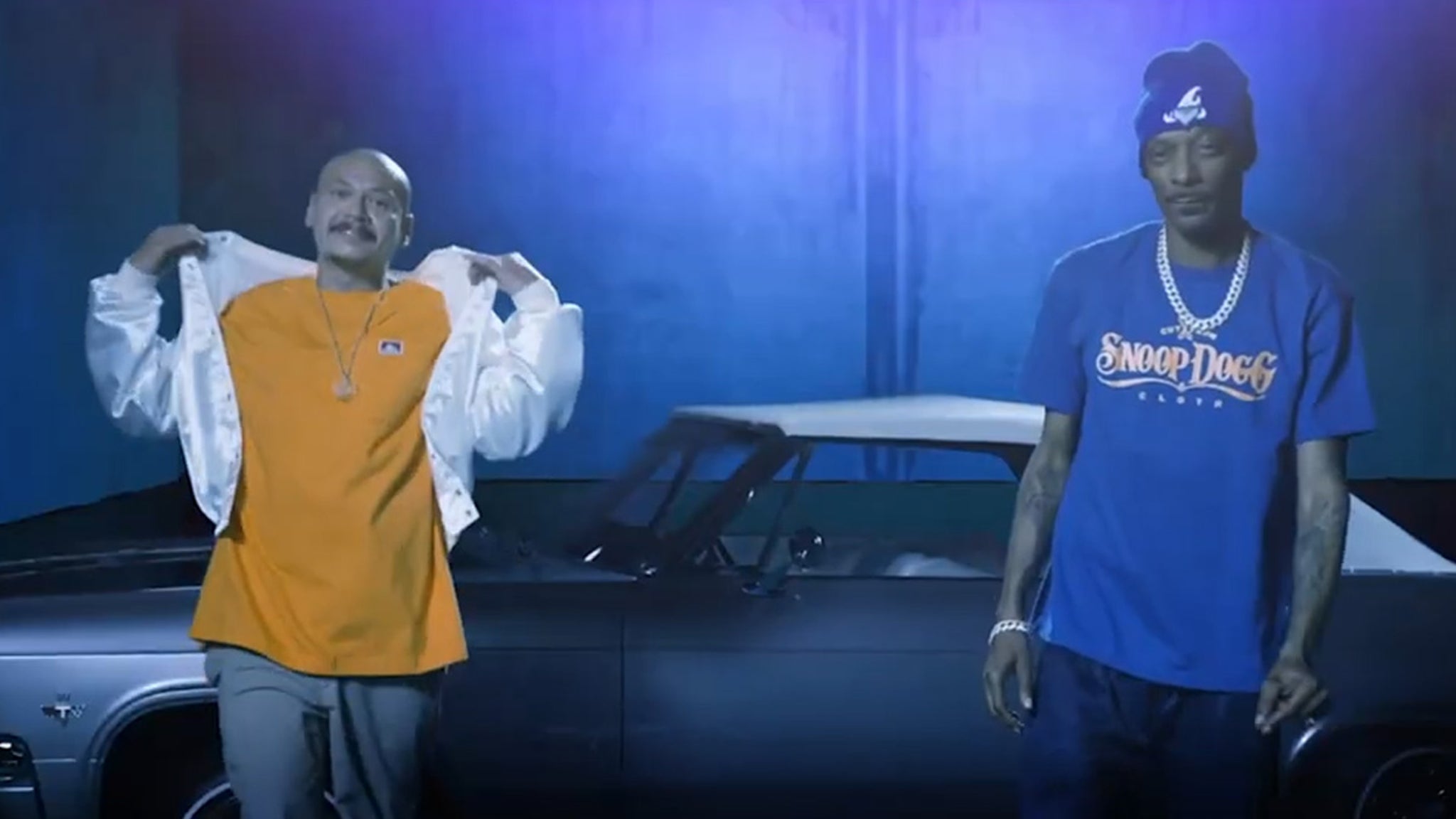 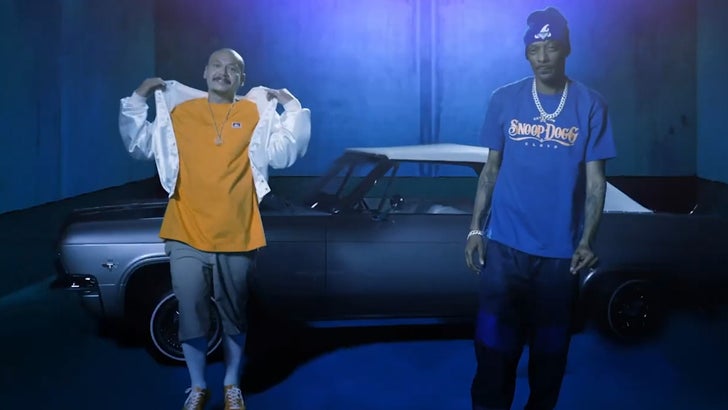 Doggface, aka Nathan Apodaca, is officially rolling with the big dogs after skating his way to fame … ’cause dude has made a rapping debut alongside Snoop Dogg!!!

You might remember Doggface as the guy who went viral skateboarding to a Fleetwood Mac classic, “Dreams” back in 2020. Well, now he seems to be on to bigger and better things.

We’re told the music vid cost around $300K to produce, with nearly $100K going to Snoop … and a big chunk of the budget going to production.

Check out the short clip … we’re told the music video was filmed over 4 days, partly at Snoop’s compound and the rest at a Burbank studio.

The song is a spin-off of the original (by War), so it makes sense why those celebs were chosen to make a cameo … you’ll recall, Cheech and Chong, played the original “Low Rider” in their iconic flick, “Up in Smoke” … and the tune is also the theme song for George Lopez’s self-titled sitcom, “George Lopez.”

If you want to vibe out to the full video, you can catch its debut on 4/20 … if you remember to do so, of course.

Lil Wayne Claps Back At Mark Cuban, ‘I Will Piss In Ya F’n Mouth Ho’
Travis Scott All Smiles In Vegas and Ready For Billboard Awards
Guess Who This Little Lady Turned Into!
Kareem Abdul-Jabbar Fleer Sticker Hits Auction, Expected To Fetch Six Figures!
The only proper response to shots on the #BBMAs red carpet? ANOTHER ONE.