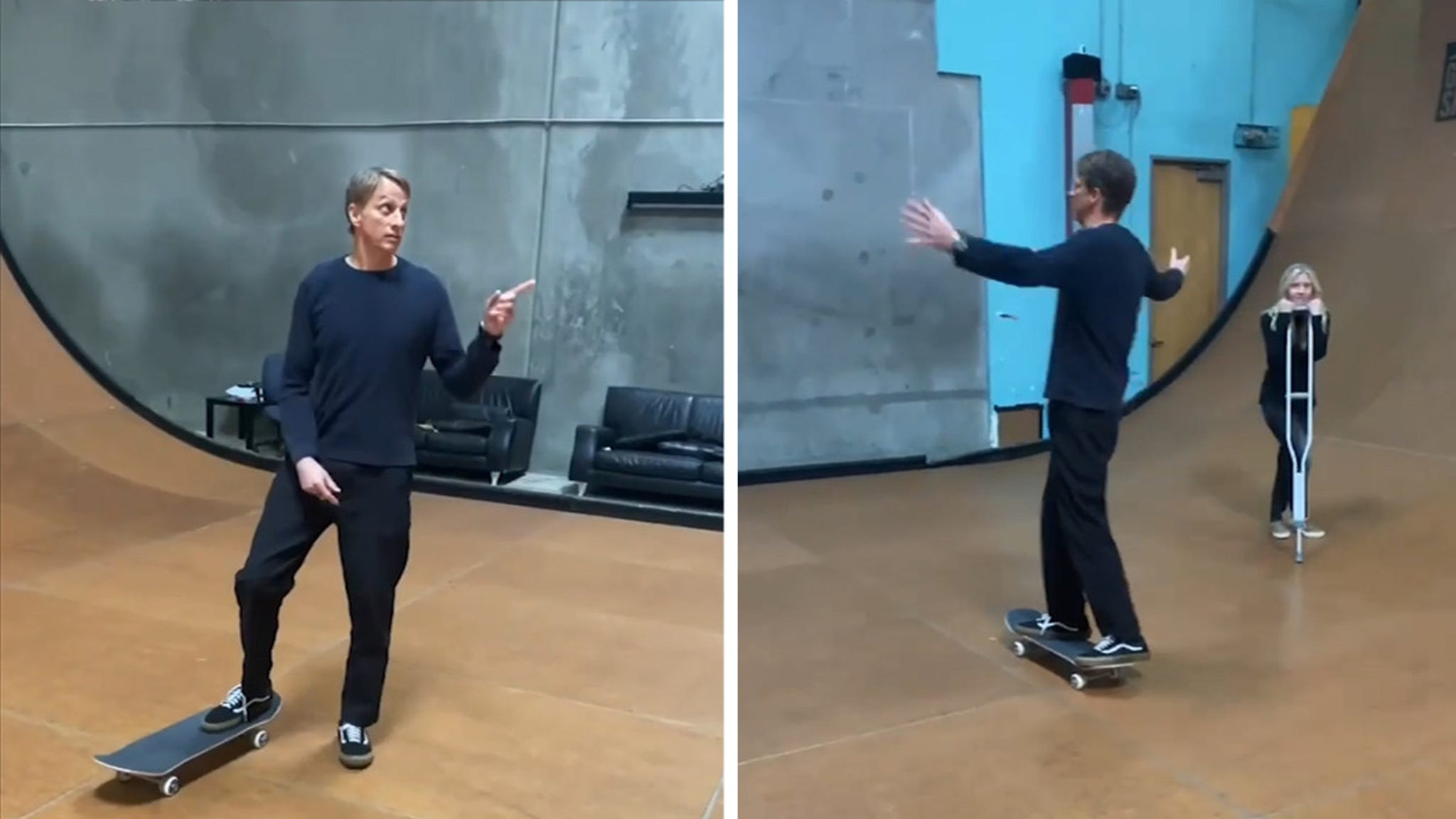 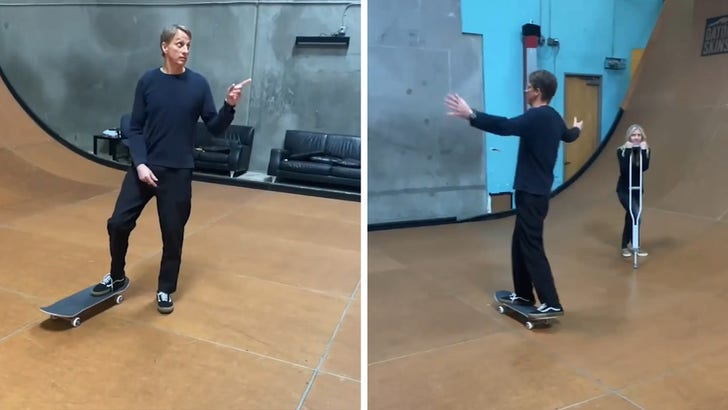 Tony Hawk‘s superhuman recovery from a broken leg continued on Monday … when the legendary skater actually rode a board!!!

The 53-year-old posted footage of the incredible feat on his social media page … showing him skating away from the exact spot on a ramp that he smashed his femur on just two weeks ago.

“This is right where I slammed, right here,” Hawk said before jumping on his board. “This is where I discovered my leg was broken exactly two weeks ago. I’m now going to skate away from this area.”

In an amazing achievement, Hawk then hopped on his skateboard, pedaled away, and rode it toward the end of the ramp with no help from crutches or his friends and family.

Hawk then vowed in his caption on the video to not only walk across the stage unaided when he presents an award at the Academy Awards next month — but also to skate again at an event in May.

“I am not defying doctors’ orders by doing so,” Hawk said, “but I realize I might not be at 100% trick / power capacity by that time.” 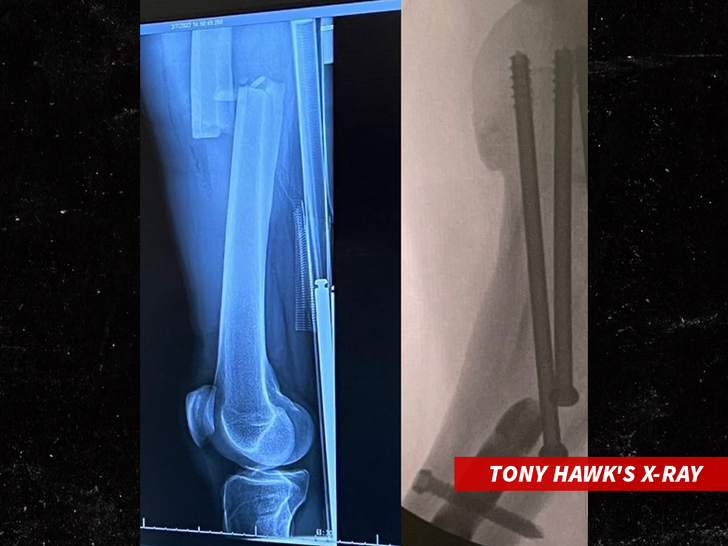 As we previously reported, the leg injury Hawk suffered back on March 7 was so bad — he initially wondered if he’d ever walk again unassisted.

But, Hawk’s made incredible progress since having surgery to repair the damage — walking just days after the operation, and now, skating again.

Hawk promised he’d keep pushing even if he does eventually run into a road block … ending his caption by writing, “Until the wheels fall off.”