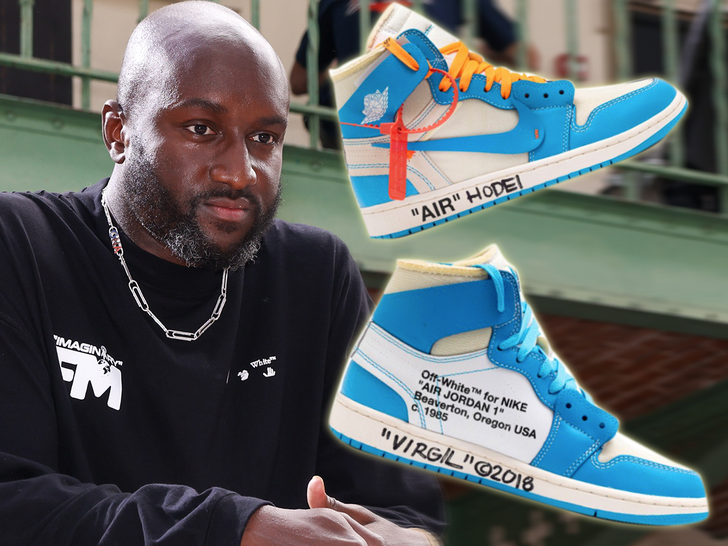 Several pairs of Virgil Abloh‘s Off-White collab with Nike are hitting the auction block … but they’re even more rare than usual — they’re actually signed by the late fashion icon.

These blue and white sneakers are also signed by the fashion icon — reading “Virgil 2018” on one shoe and “HODEI” (which means cloud) on the other.

The bids for the Js have already surpassed Sotheby’s initial estimate for the sneakers … which was $10k.

There’s another signed pair in this auction … the yellow and green Louis Vuitton “LV Trainers“ that debuted in 2019 when Abloh was the luxury line’s artistic director. 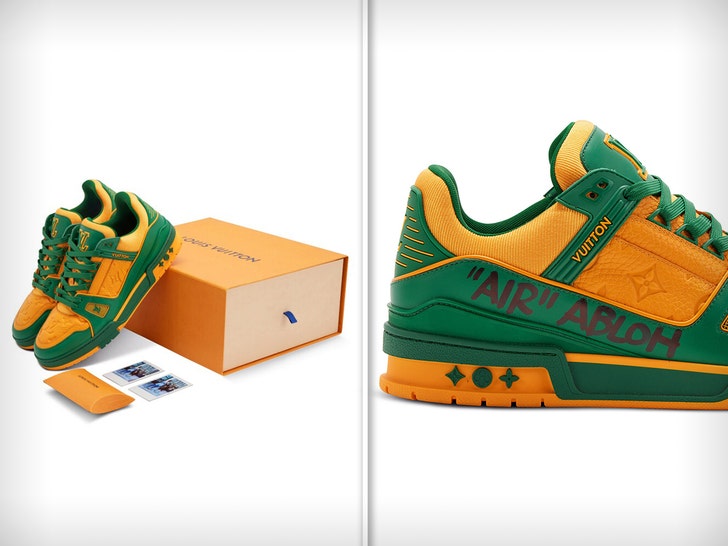 The shoes are signed “Air Abloh” and come with two Polaroids of him posing with them. These, too, have already exceeded the max estimate of $12k.

But, for those who want it all, “The Ten” collection features the first ten designs Abloh had with Nike when he signed with the Swoosh in 2017 — it’s considered one of the “most ambitious” collaborations with Nike and is expected to sell for $40k. 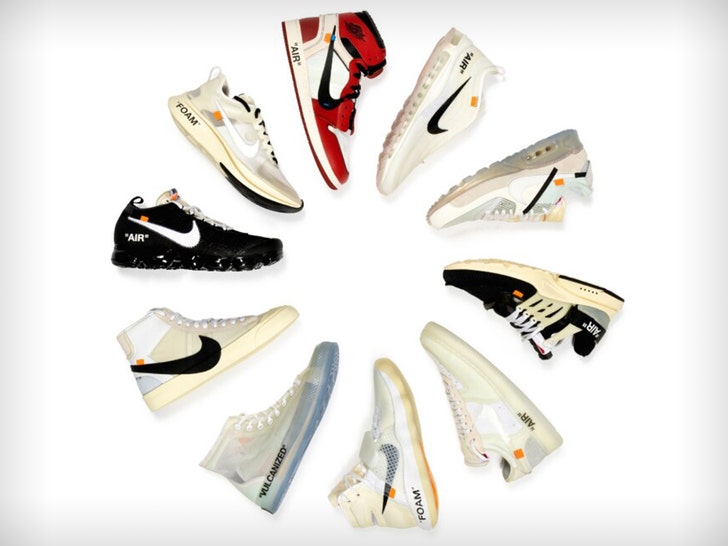 This is not the first time Sotheby’s has auctioned off the legend’s sneaks — in fact, 200 pairs of his LV Air Force 1s sold earlier this year for a “record-breaking” $25.3 million.

Of course, getting your hands on any sneakers by Abloh will be tough and expensive … especially after the fashion designer’s death in November 2021.

The auction ends on April 5.