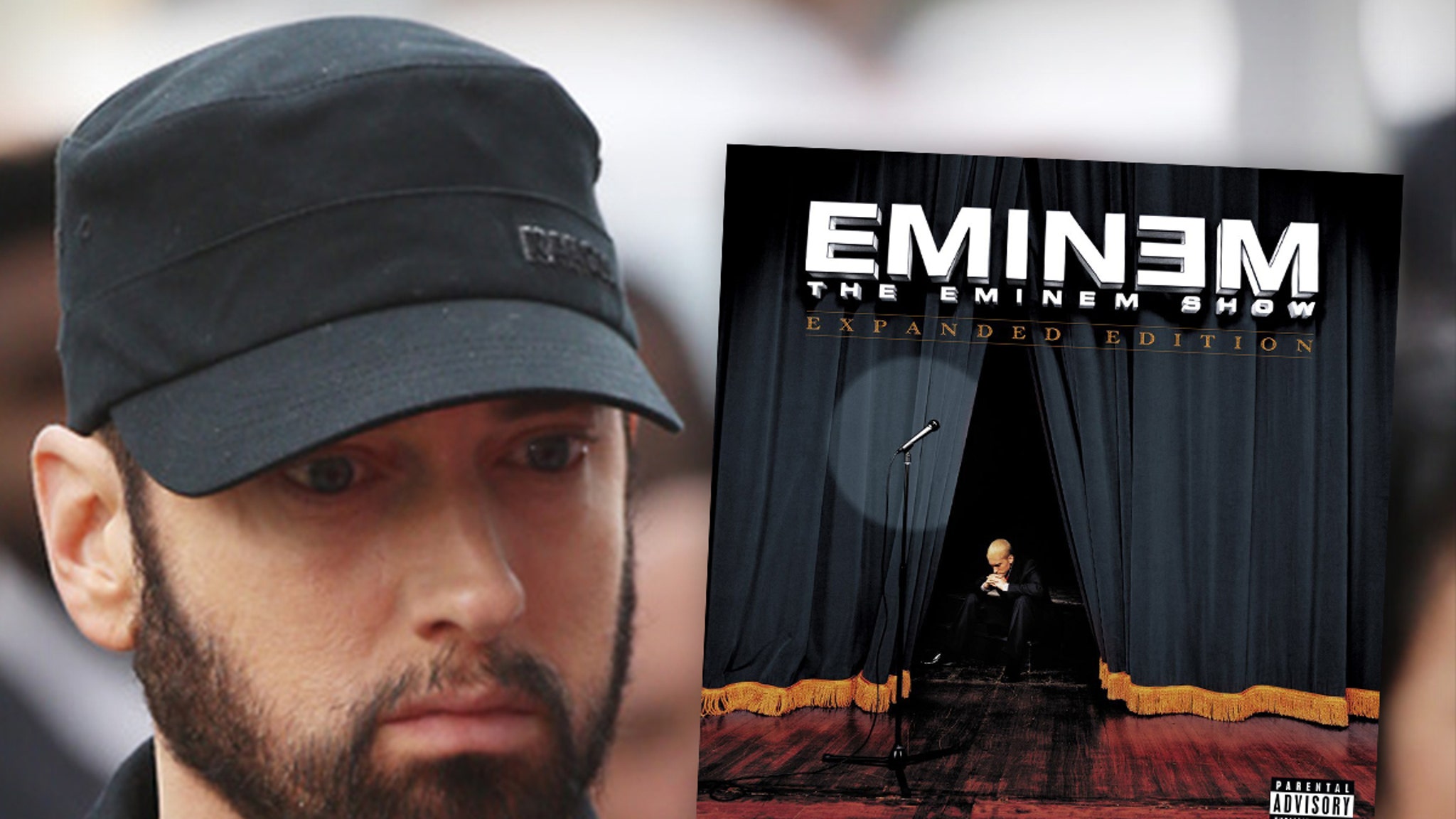 Eminem‘s celebrating a birthday Thursday for one of his most celebrated multi-platinum albums, “The Eminem Show” … which, believe it or not, is now 20 years old!

To mark the anniversary, Slim Shady dropped an expanded edition of ‘TES’ while tweeting the lyrics to his Nate Dogg-featured hit “Till I Collapse” and vintage tour footage.

“‘Til I collapse I’m spillin’ these raps/ long as you feel ’em” 20 YEARS since #TheEminemShow 📺 !! Expanded Edition out now- https://t.co/QTqBcJS2Vz 📹 pic.twitter.com/r2w1oa06kp

The infamous G-Unit/Murder Inc. beef spiraled through most of the mid-00s and would eventually involve the likes of Fat Joe, Jadakiss and Busta Rhymes, but thankfully they kept the feud on wax, as old heads say.

Released in June 2002 when Em was the biggest rapper on the planet, the Grammy-winning album is the 2nd best-selling album of the 21st century (behind Adele’s “21”) with more than 27 million records sold … and counting!