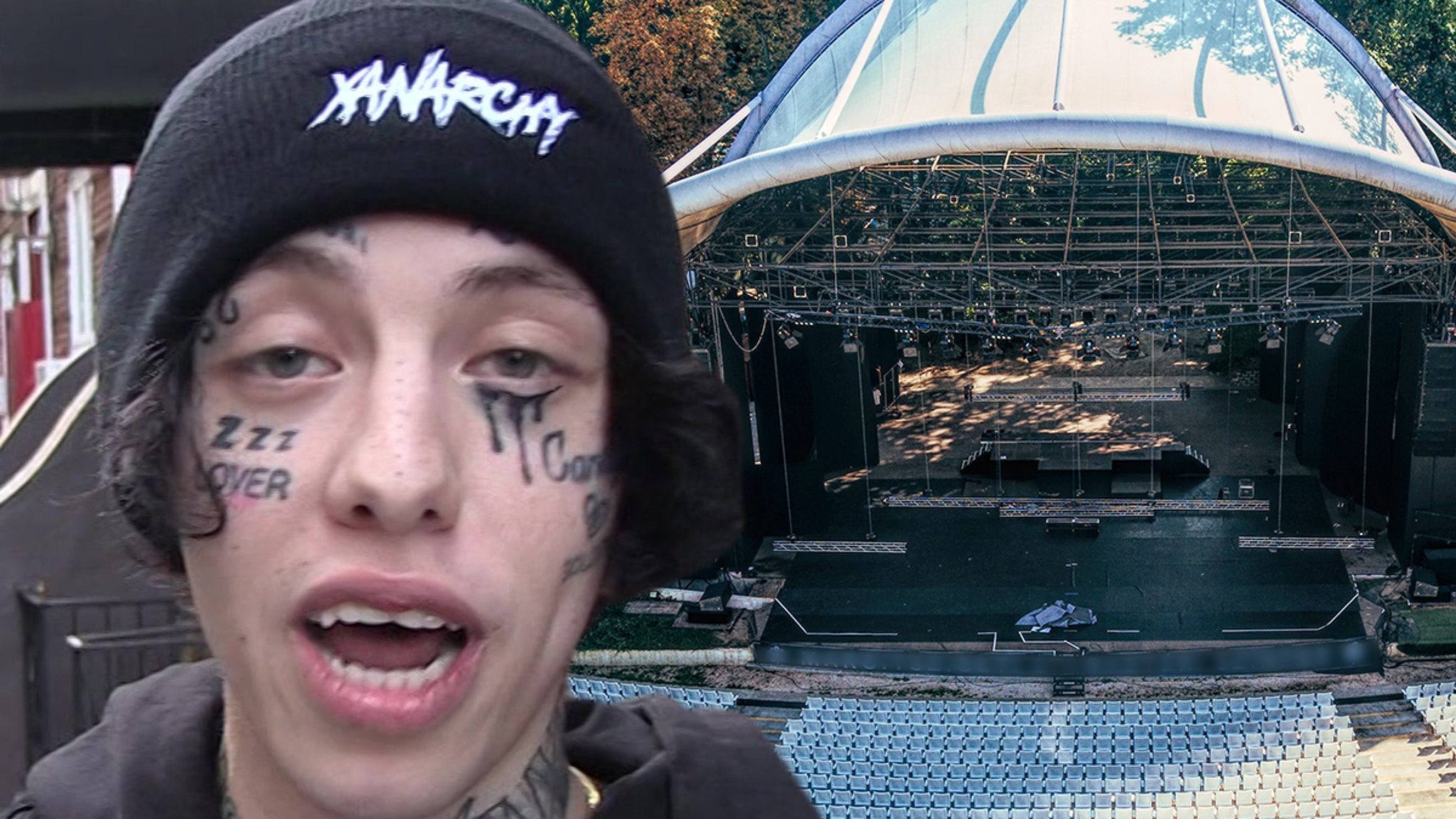 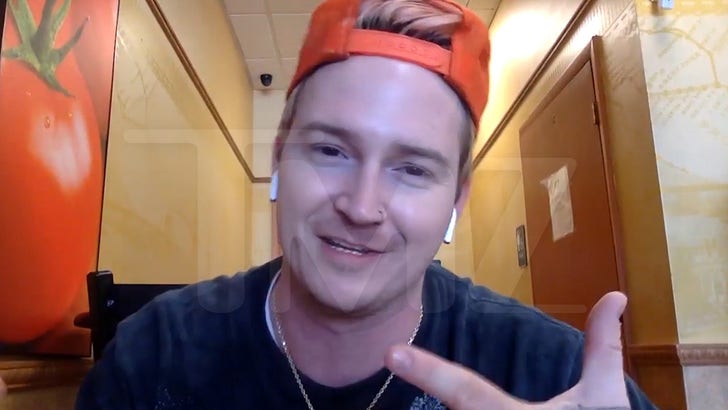 Lil Xan pulled a fast one Tuesday by pulling out of his own headlining ‘Born Dead Tour,’ leaving fans, and even his touring partners, in limbo!!!

We caught up with Dropout Kings frontman Adam Ramey, who says he and his band of rap-rockers were totally not feeling Lil Xan’s abrupt exit … as they are currently stranded in Florida with no shows to play in the meantime, and they’re several thousand dollars in the hole.

The tour was supposed to run through the end of July in the U.S. and Europe, but as of now, there are 43 shows down the drain. 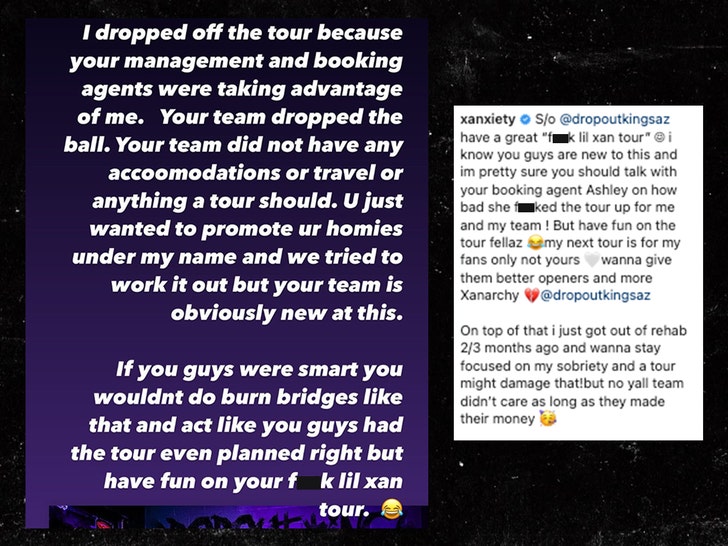 Adam says he and the group felt good about Xan’s inclusion on the tour, speaking with him a couple of weeks ago. However, Xan and Dropout Kings were supposed to kick off things at last weekend’s So What? Festival, which Xan also skipped without warning — and Adam says that’s when he knew the storm was coming. 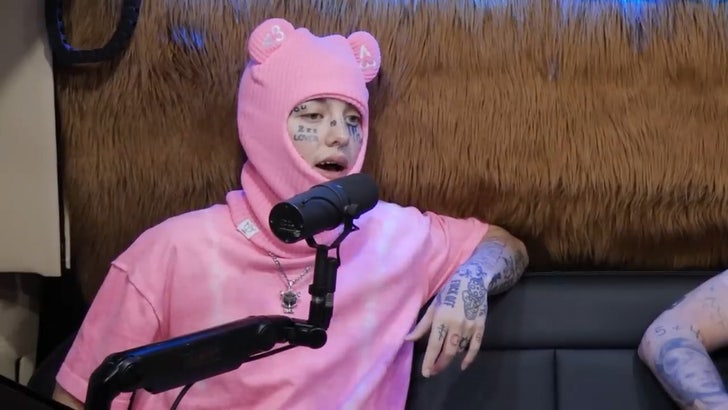 The “Betrayed” rapper also claims promoters weren’t accommodating his demands but as Adam points out, headlining acts typically don’t look to the openers for assistance.

Although Adam says he doesn’t know what, if any, financial penalties Xan is facing for canceling, but he says Dropout Kings are rebranding their shows as the “F*** Lil Xan Tour” until further notice; meeting with fans whenever they can … promoting their latest album, “GlitchGang” and selling merch.