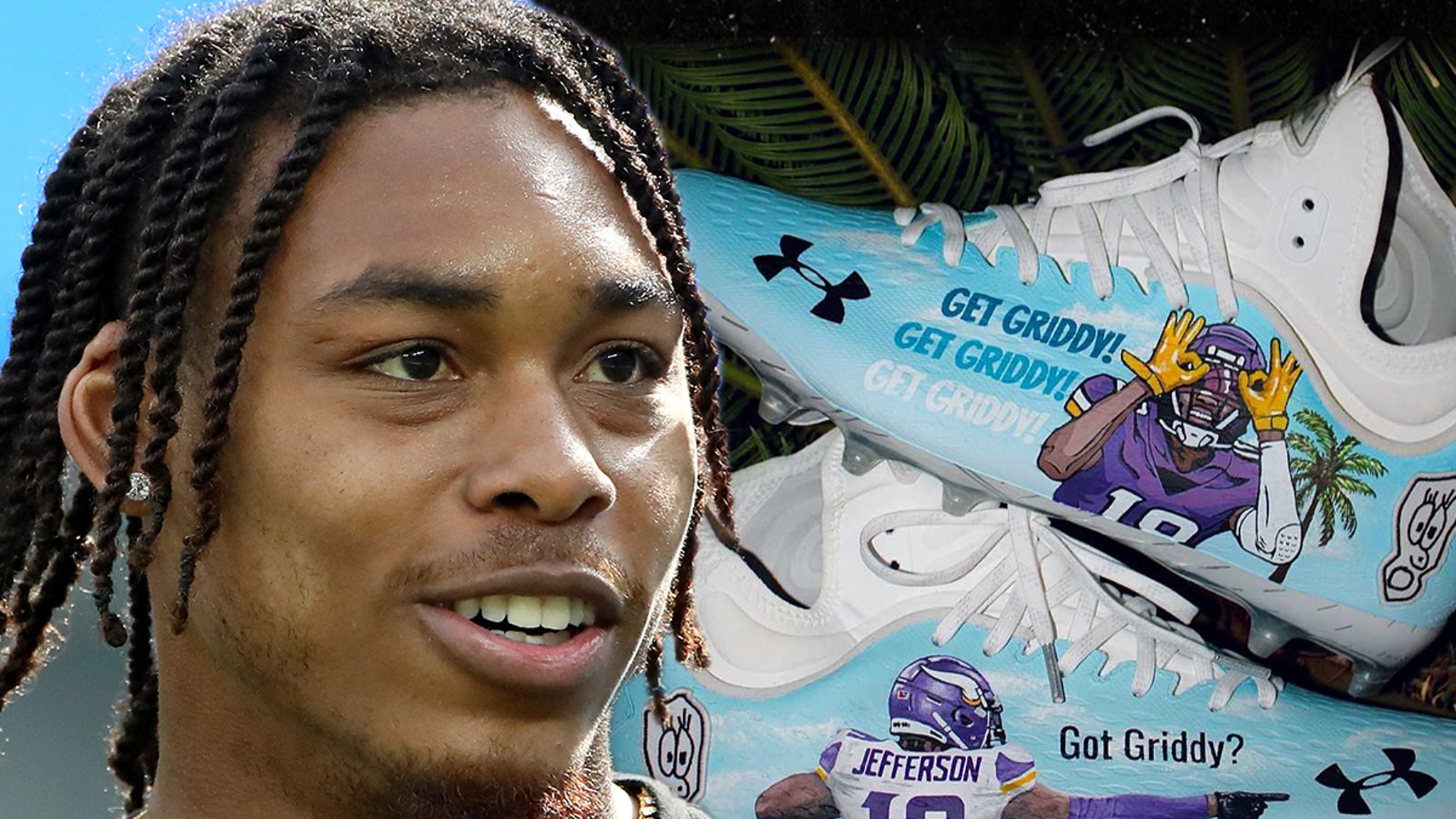 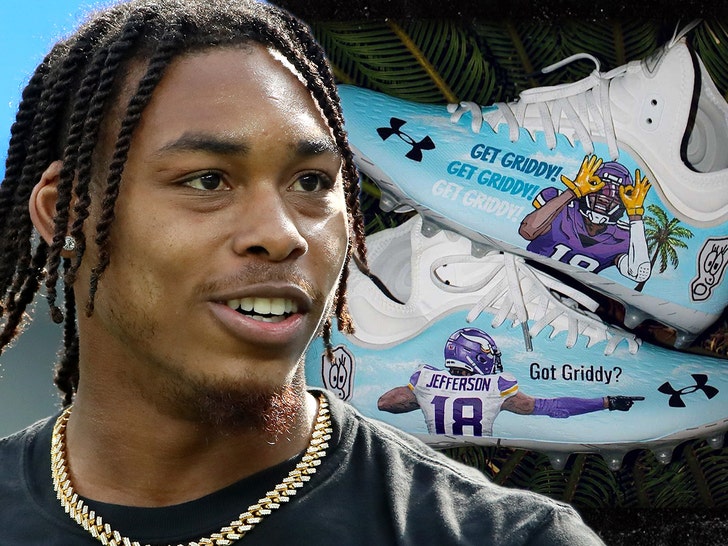 In case it wasn’t already clear, Justin Jefferson‘s good friend let everyone know the Vikings star is indeed the King of the Griddy … by gifting the wideout a custom pair of ‘Griddy’ cleats last week!!!

“Jets” was given the awesome spikes by cleat artist Luke Dangler at the receiver’s first-ever Jets Youth Football Camp on May 28 in Minneapolis, Minnesota. 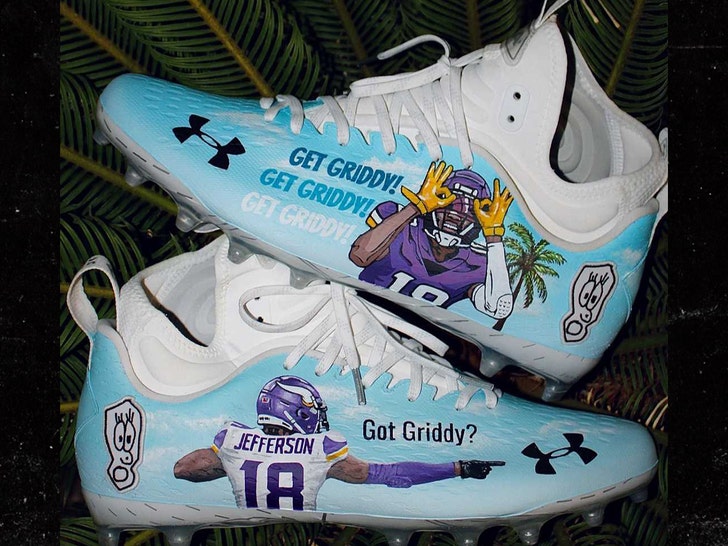 TMZ Sports has learned Dangler brought the items — which took around 40 hours to make — as a thank you gift to Jefferson after the 22-year-old football player had extended him a special invite to the camp.

“How could I not show up with some show-stopping Griddy cleats?!” Luke told us this week. 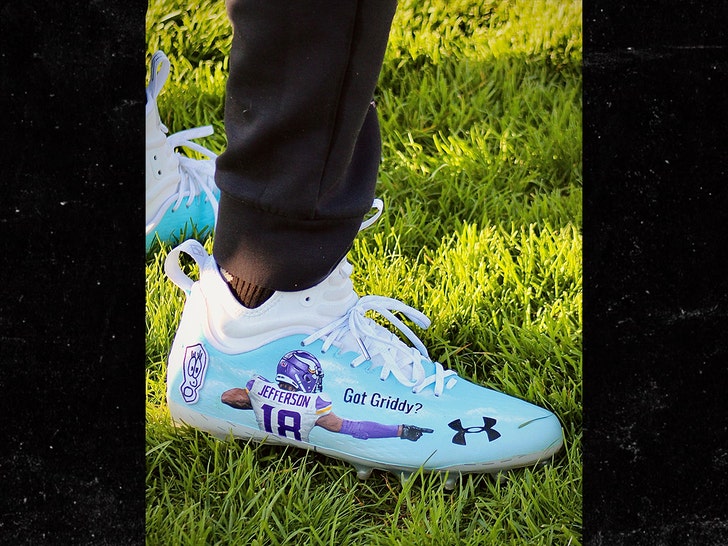 The blue-painted Under Armour shoes are awesome — they feature Jefferson in his #18 Vikings gear doin’ the hip-hop dance on both sides.

They also have ‘Get Griddy!’ and ‘Got Griddy?’ inscribed on them … and judging by the way Jefferson danced with kids at the camp in them, it sure seems like he loved ’em!! 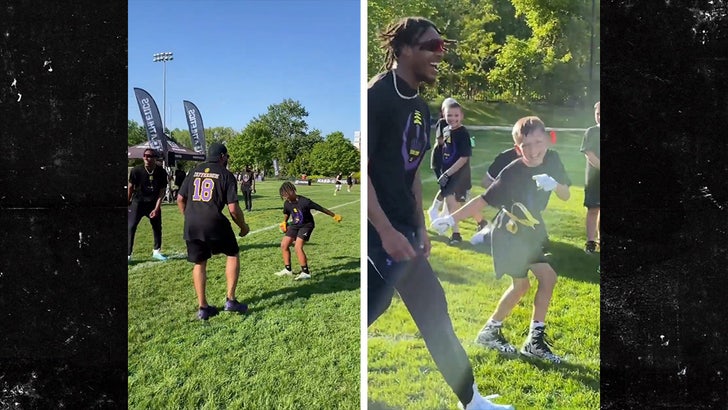 “The cleats quickly became the center of attention,” said Luke, who’s made cleats in the past for Las Vegas Raiders stars Josh Jacobs and Johnathan Abram. “The kids went nuts for them ALLL DAYY LONGGG!”

“The Griddy is just so big,” Luke added, “and it’s all because of Justin Jefferson.”

Jefferson wasn’t the only one getting gifts at the camp … the youngsters also got limited-edition Justin Jefferson Camp t-shirts, a group camp photo, and Chick-fil-A!

Sounds like it was all a success … and another worthy reason to hit the Griddy!!!