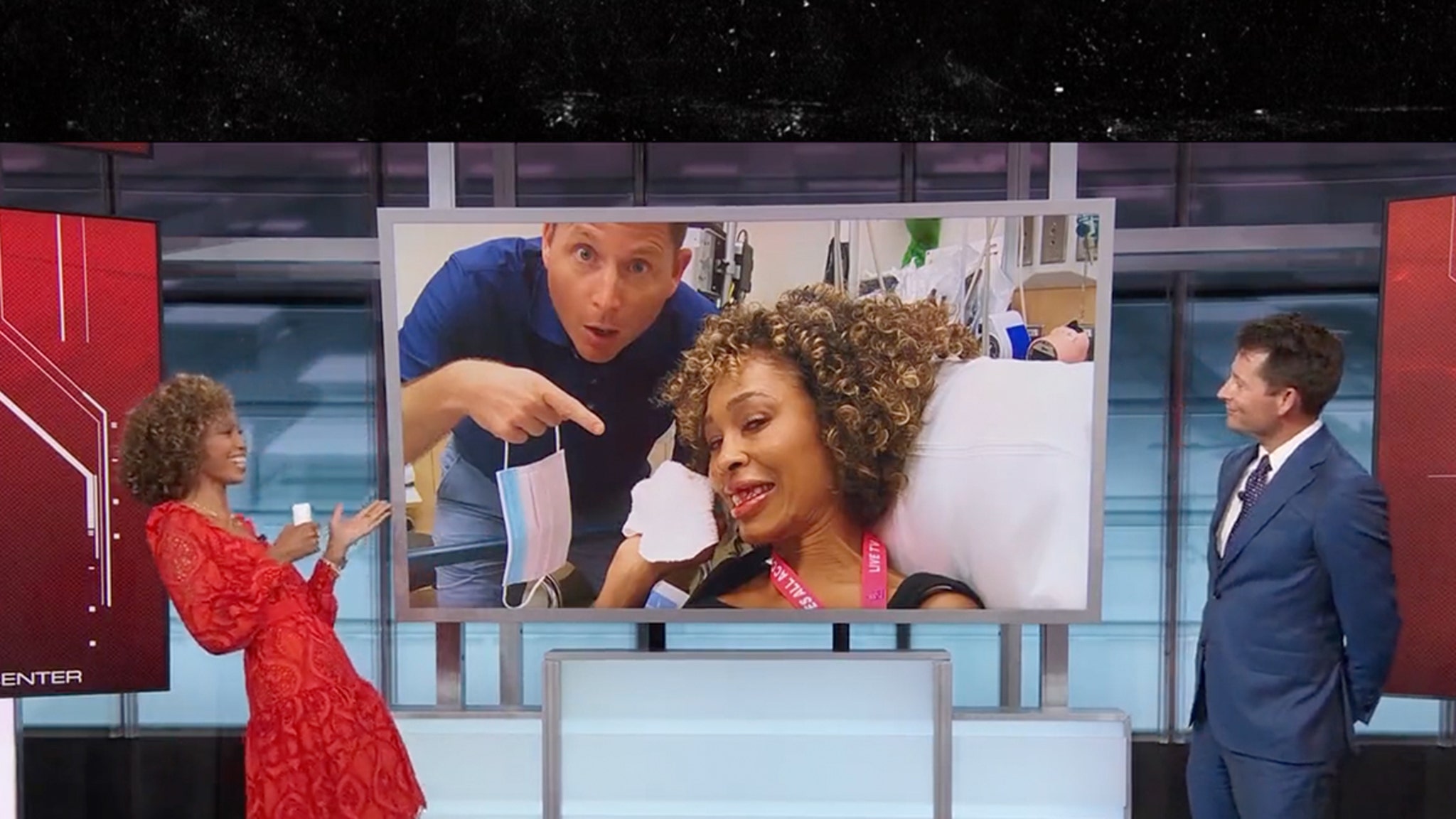 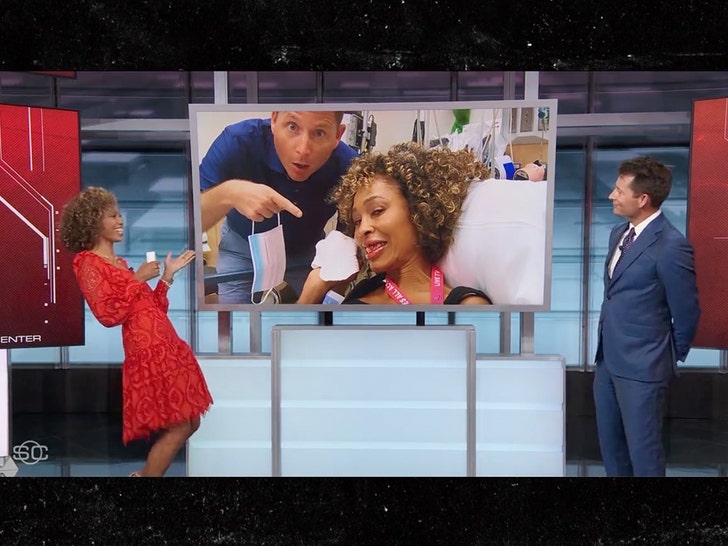 ESPN anchor Sage Steele returned to work on Wednesday less than three weeks after she was struck in the face by a golf ball — and she said on-air that she felt fortunate to still be alive.

Steele was hit at the PGA Championship on May 19 by an errant Jon Rahm drive … and she explained during an episode of “SportsCenter” on Wednesday morning that she feared for her life after impact.

Sage Steele apparently got hit hard with a golf ball from a Jon Rahm tee shot at PGA Championship pic.twitter.com/YEUMOLOuIK

“One moment you’re out on a course just innocently watching amazing golfers play out at a golf major,” Steele said. “Next moment, you’re on the ground. You’re in pain with your entire life flashing before your eyes, scared to death, trying to comprehend what the hell just happened.”

Wednesday, @sagesteele returned to the Noon ET edition of @SportsCenter – for the first time since she was struck in the face by a golf ball on May 19 at the PGA Championship

She expressed gratitude for the support she received after the accident pic.twitter.com/wMVViXUWPA

Steele thanked God on the show, and said that she feels like “the luckiest person in the world to still be here and be standing after that.”

The 49-year-old also thanked her co-host, Matt Barrie, for all that he did out at the event and at the hospital to keep her calm.

Steele suffered undisclosed mouth injuries in the incident — and shared a photo showing the golf ball caused her to bleed profusely.

She said she’s spent countless hours with her dentist in wake of it all, and added there’s still more work to be done on the road to recovery.

Barrie, meanwhile, commended his co-host for her strength, saying, “I’ll say this and I’ve said this before, you took that like a champ. Most people would’ve passed out.”