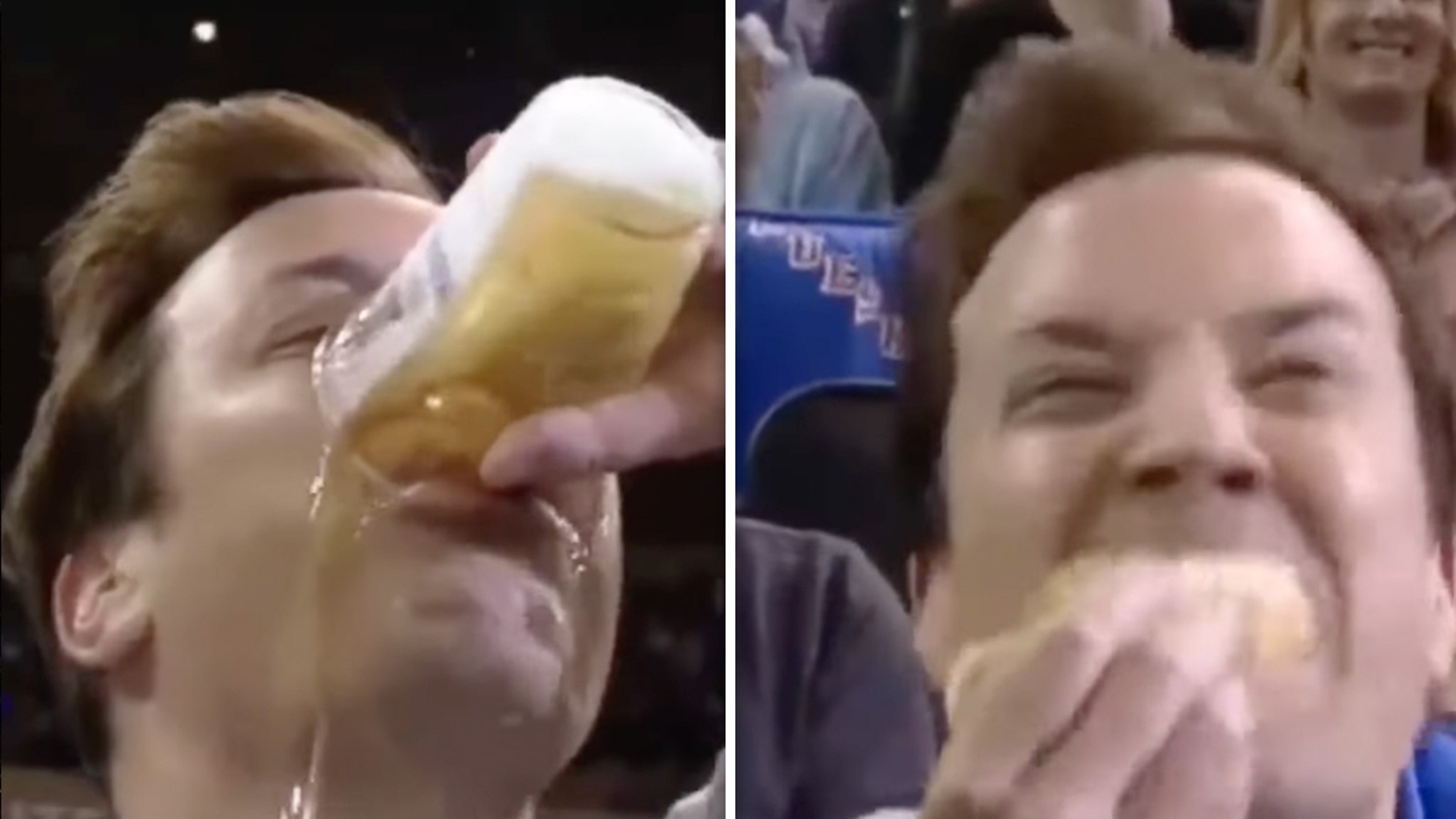 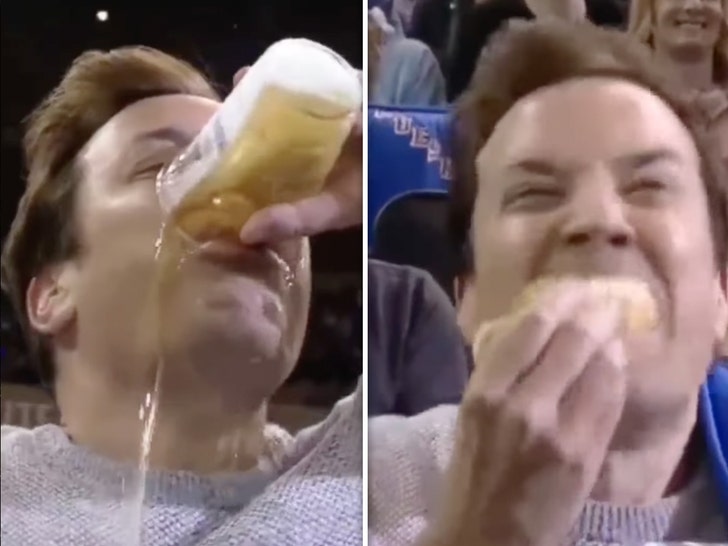 Jimmy Fallon did his best Joey Chestnut impression during last night’s Rangers playoff game in NYC  … the late-night talk show host dunked his hot dog — bun and all — in his beer before devouring both, and spilling everywhere!

‘The Tonight Show’ host was in the building for game 5 of the Conference Finals game between the NYR and Tampa Bay Lightning … when Fallon found himself on the big screen at Madison Square Garden, hot dog and beer in hand.

Fallon, a NY native, has clearly seen a Nathan’s hot dog eating competition or two in his time … Jimmy softened up the bun using his brew, before it all went down the hatch.

Of course, if you’ve watched competitive eating, you know that’s the preferred method for eating quickly.

FYI, Chestnut’s record is 76 hot dogs/buns in 10 minutes. He routinely puts away over 70.

For Rangers fans, the antics off the ice were far more entertaining … the team lost game 5 by a score of 3-1, and now trails in the series, 3-2. And, now the team must go on the road to Tampa … where NY is 0-2 this series.

She got caught on the jumbotron dunking chicken nuggets into her soda. 🤭 (h/t red_right_hand/reddit) pic.twitter.com/oHlSoydXhg

It’s reminiscent of the New York Knicks fan a few years back who was captured on camera dunking chicken nuggets into her soda.