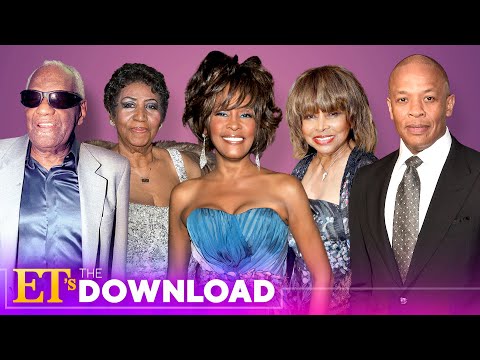 Ads by Amazon
Share on Facebook
Share on Twitter
Share on Pinterest
Share on LinkedIn
On ET’s The Download, Denny Directo and Cassie DiLaura break down the must-know entertainment news stories from Friday, June 17. We take a look back at some of the most iconic Black music month films, including Prince’s 1984 musical drama, ‘Purple Rain,’ and Angela Bassett shaking her tail feather as Tina Turner in ‘What’s Love Got To Do With It?’ First, we highlight Whitney Houston’s voice in films like ‘The Bodyguard’ and ‘The Preacher’s Wife.’ Next, the late Chadwick Boseman as music legend James Brown in the biopic ‘Get on Up,’ followed by Andra Day’s Golden Globe-winning portrayal of jazz singer Billie Holiday in ‘The United States vs. Billie Holiday.’ Another iconic transformation worth mentioning is Jamie Foxx’s Oscar-winning portrayal of singer Ray Charles in ‘Ray.’ Then, everything we know about Beyoncé’s iconic Coachella performance in the Netflix documentary ‘Homecoming,’ and Ice Cube’s reaction to his son playing him in ‘Straight Outta Compton.’ Lastly, we let the hit song, ‘Da Butt,’ from the Spike Lee joint, ‘School Daze,’ play us out.
Share on Facebook
Share on Twitter
Share on Pinterest
Share on LinkedIn