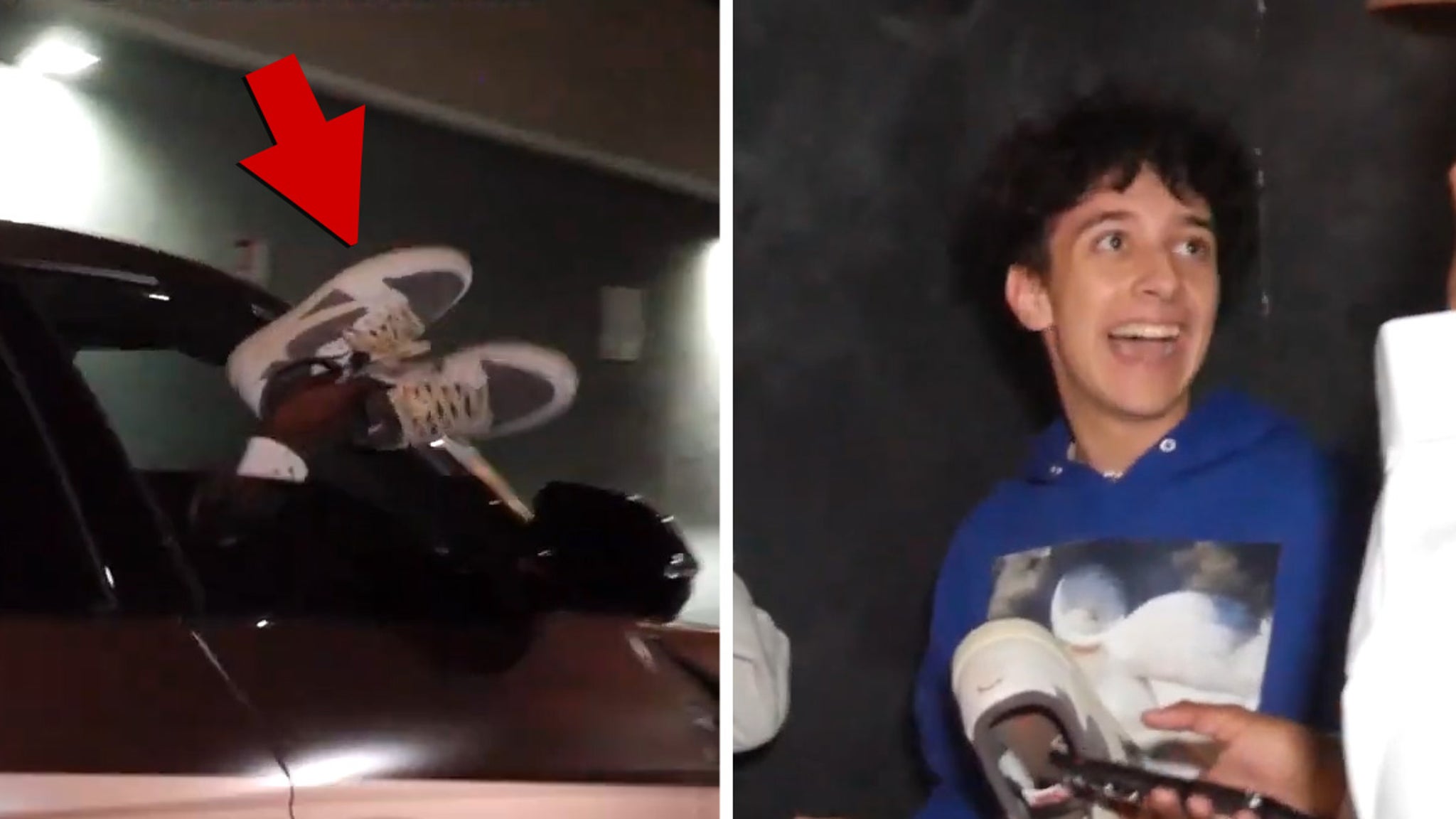 Two Travis Scott fans are somewhere cradling his shoes right now, after Trav blew their minds by handing them a pair of shoes … apparently, right off his feet!!!

Here’s how it went down — Travis was leaving his event Thursday night at TAO in Hollywood, and, as usual, a group of fans were waiting outside to greet him and hoping to snap some pics or get an autograph.

The rapper hopped in his car and decided to swing by the crowd before taking off … rolling down his window, and shocking the hell out of them by handing out a pair of laced-up Jordans. 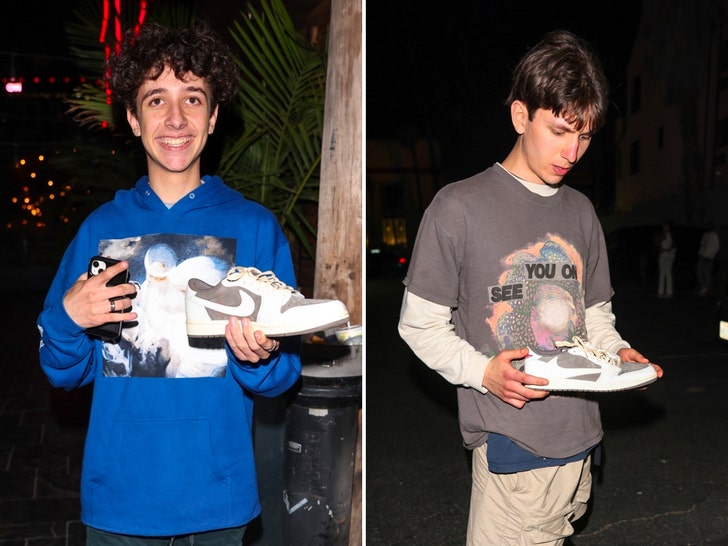 Their faces say it all … complete and utter shock. Even the security guard nearby was showing some respect for their new gifts.

One of the kids took off pretty quick after getting the Jordan 1 Lows — gotta stash that in a safe place! 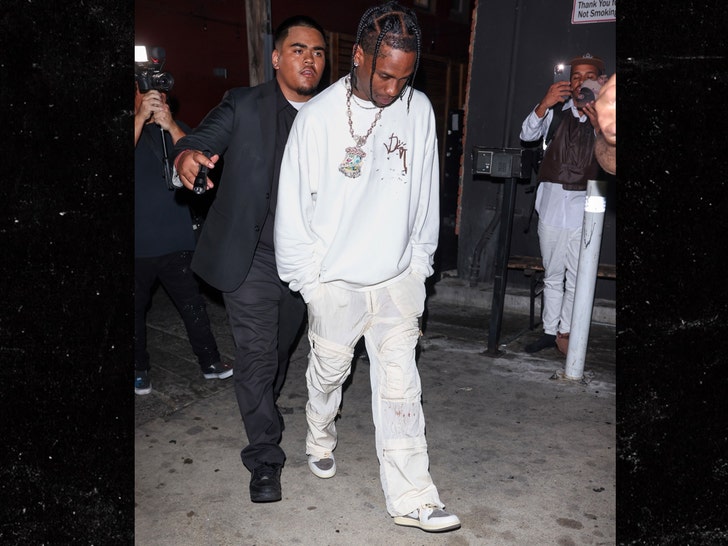 TS has been working closely with Nike for a while … doing shoe collabs that sell out fast — one of the latest drops had over a million people going online to clean them out in under 30 minutes.

He made some fans real happy, and probably rich. Just so ya know, a regular pair of those go for $1500 … minimum!!! And, that’s NOT a Travis Scott-worn pair.