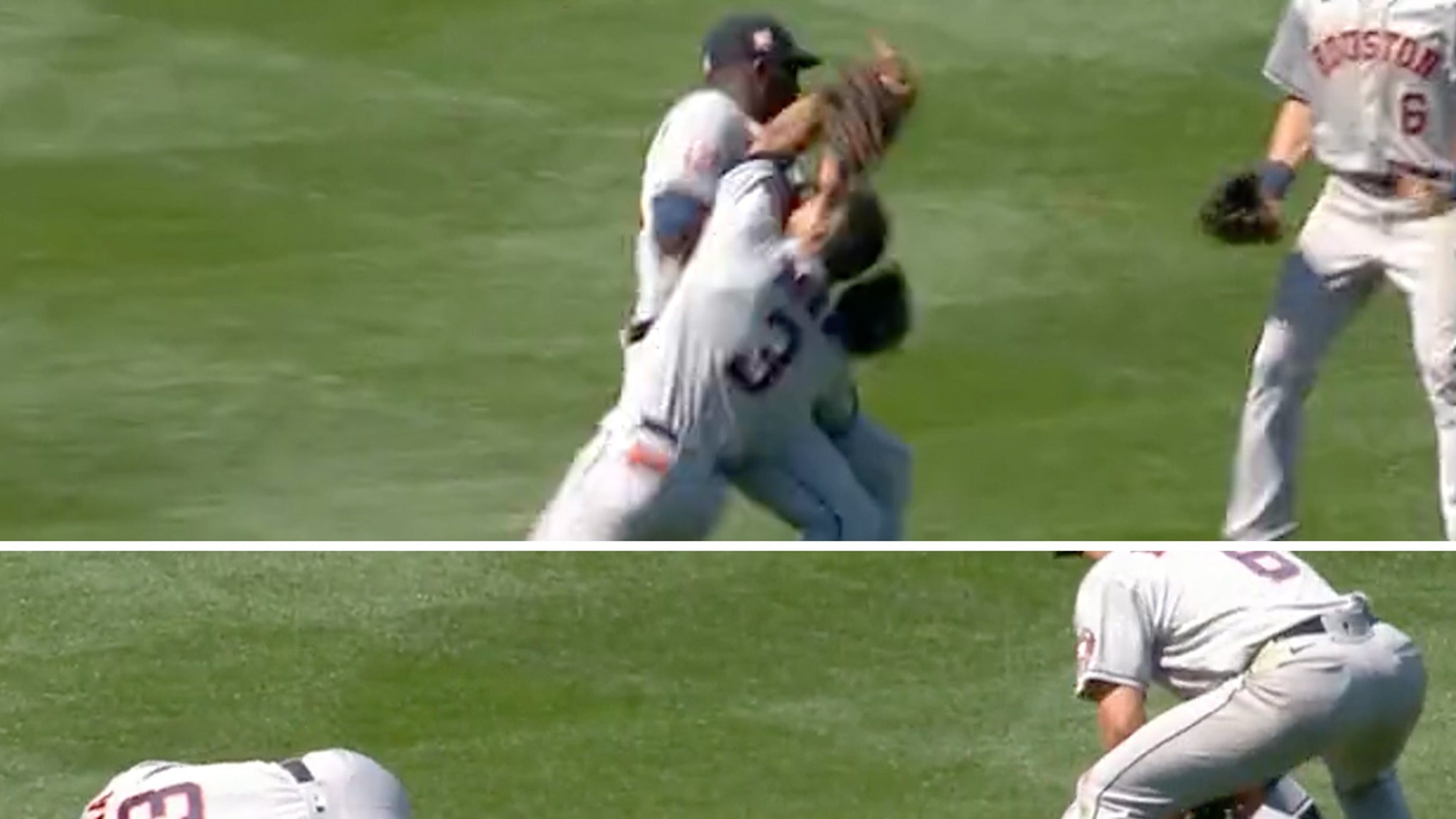 Scary moment during the Mets vs. Astros game Wednesday … Houston star Yordan Alvarez collided with his teammate in the outfield, and the crash was so violent — the slugger had to be carted off the field.

The collision between Alvarez and shortstop Jeremy Pena happened in the bottom of the 8th inning … when Pena was trying to snag a pop-up in shallow left field.

A scary collision in left field between Jeremy Peña and Yordan Álvarez as they tracked down a Dom Smith pop up.

Álvarez was carted off and Peña departed the game. pic.twitter.com/DjNRnFiNI3

He, though, didn’t see Alvarez — who was also charging in to catch the ball — and the two huge athletes slammed into each other.

The two crumpled to the ground and stayed down on the field for several minutes … before they each got medical attention from the Astros’ trainers.

Yordan Alvarez taken off the field by cart after colliding with Jeremy Peña. pic.twitter.com/uG5GKn2DmF

Eventually, Yordan was carted off the field, while Jeremy tried to give it a go but was ultimately forced to leave the game.

Unclear if either guy suffered injuries in the collision — we’re still awaiting word from the ‘Stros.