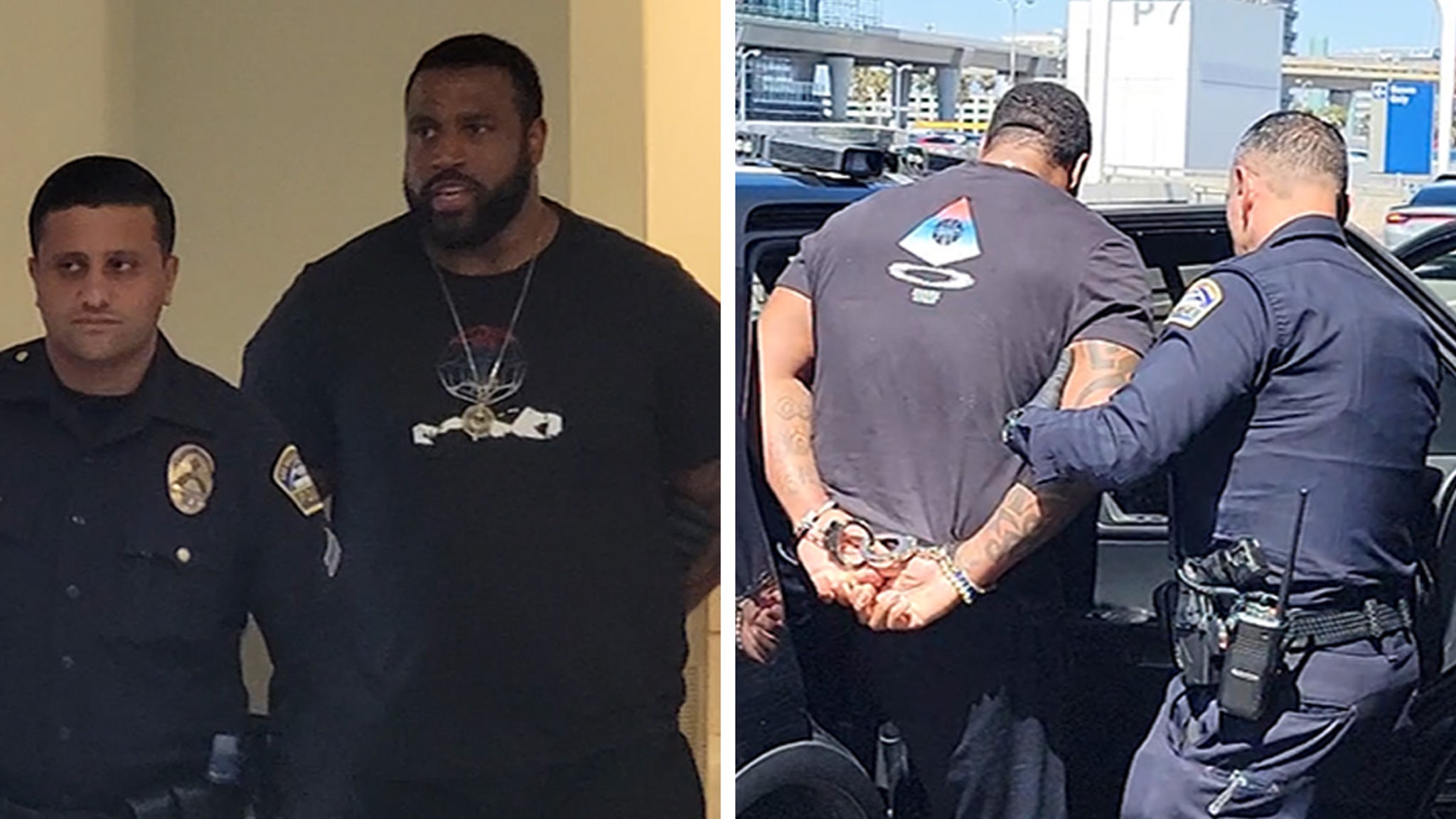 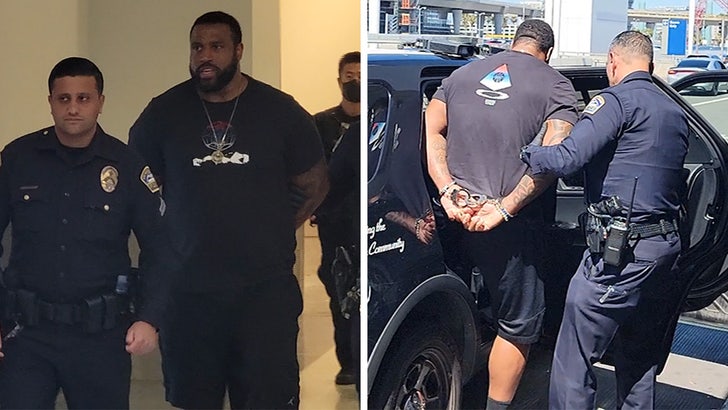 Duane Brown was arrested on gun charges at the airport this weekend … TMZ has learned.

The NFL free agent — who was most recently playing offensive tackle for the Seattle Seahawks — was busted Saturday at LAX around 2 PM, where law enforcement sources tell us … he allegedly tried going through TSA with a gun in his luggage.

We’re told this happened at Terminal 6, and that during the standard screening … one of Brown’s bags was found to have a firearm inside, which our sources say was unloaded.

Of course, the cops were called immediately … and our sources say Brown was taken into custody. He was actually recorded being escorted to a police vehicle by a photographer on the scene, and sure enough … there’s DB in handcuffs as he’s led along by a few cops.

The charge we’re told he’s being booked on … possession of a concealed firearm. Brown’s on his way to a nearby LAPD jail for processing.