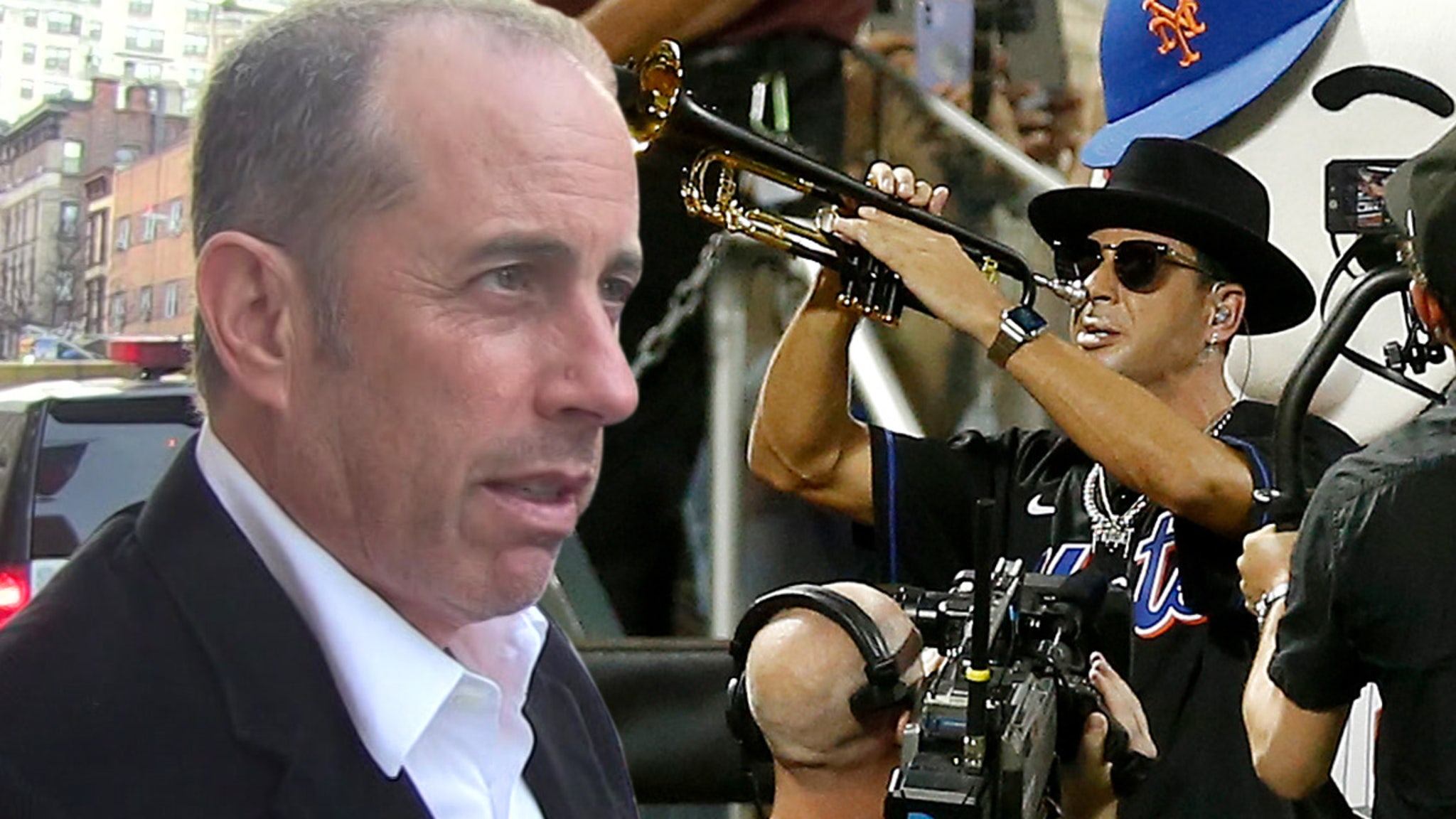 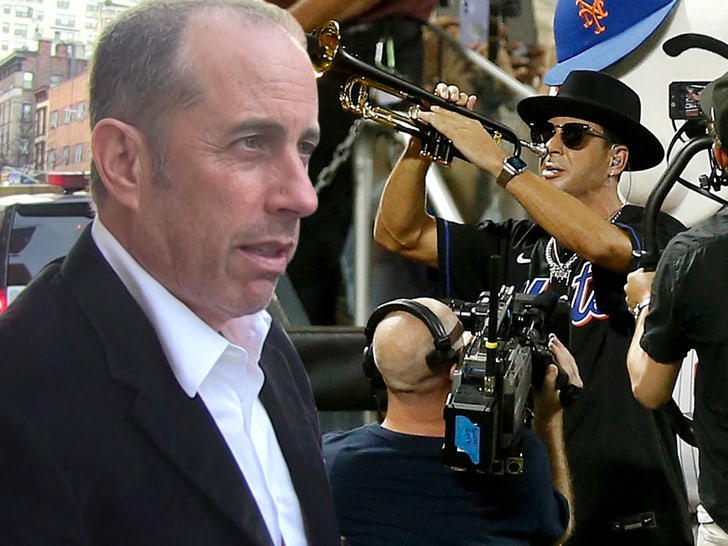 The hottest sports take of the week goes to … Jerry Seinfeld???

Yup, the comedian just unleashed the doozy on social media … saying he believes the Mets’ recent woes are all because of Timmy Trumpet. 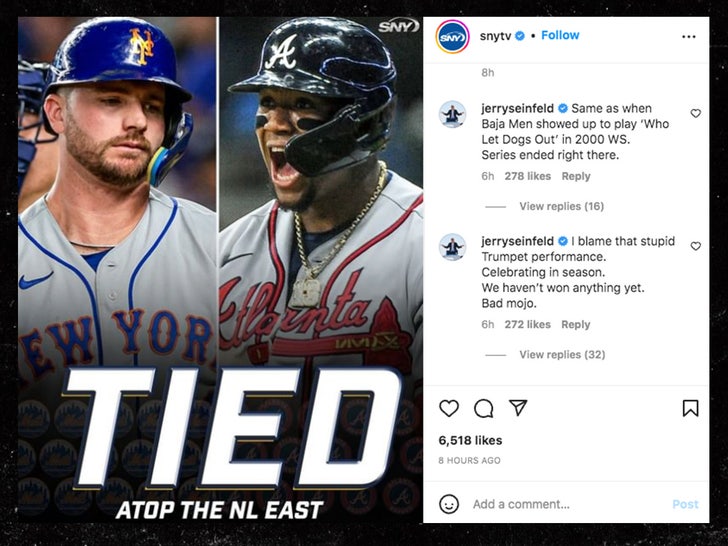 “I blame that stupid Trumpet performance,” Seinfeld said. “Celebrating in season. We haven’t won anything yet. Bad mojo.”

Seinfeld then compared it to when his favorite team lost the 2000 World Series to the Yankees … writing, “Same as when Baja Men showed up to play ‘Who Let Dogs Out’ in 2000 WS. Series ended right there.”

Of course, it’s going to be very hard to get Mets fans to agree with him. The team and its supporters have loved Trumpet and his famous “Narco” song, which plays over the stadium speakers when NY’s closer, Edwin Diaz, comes out to the field.

In fact, the team’s fans cheered LOUDLY when the musician played it in person at the Aug. 31 game.

Seems Seinfeld, though, is convinced it’s all leading to the downfall of his beloved squad — which is now tied for first place in the NL East with the Braves despite having a huge lead earlier this year.