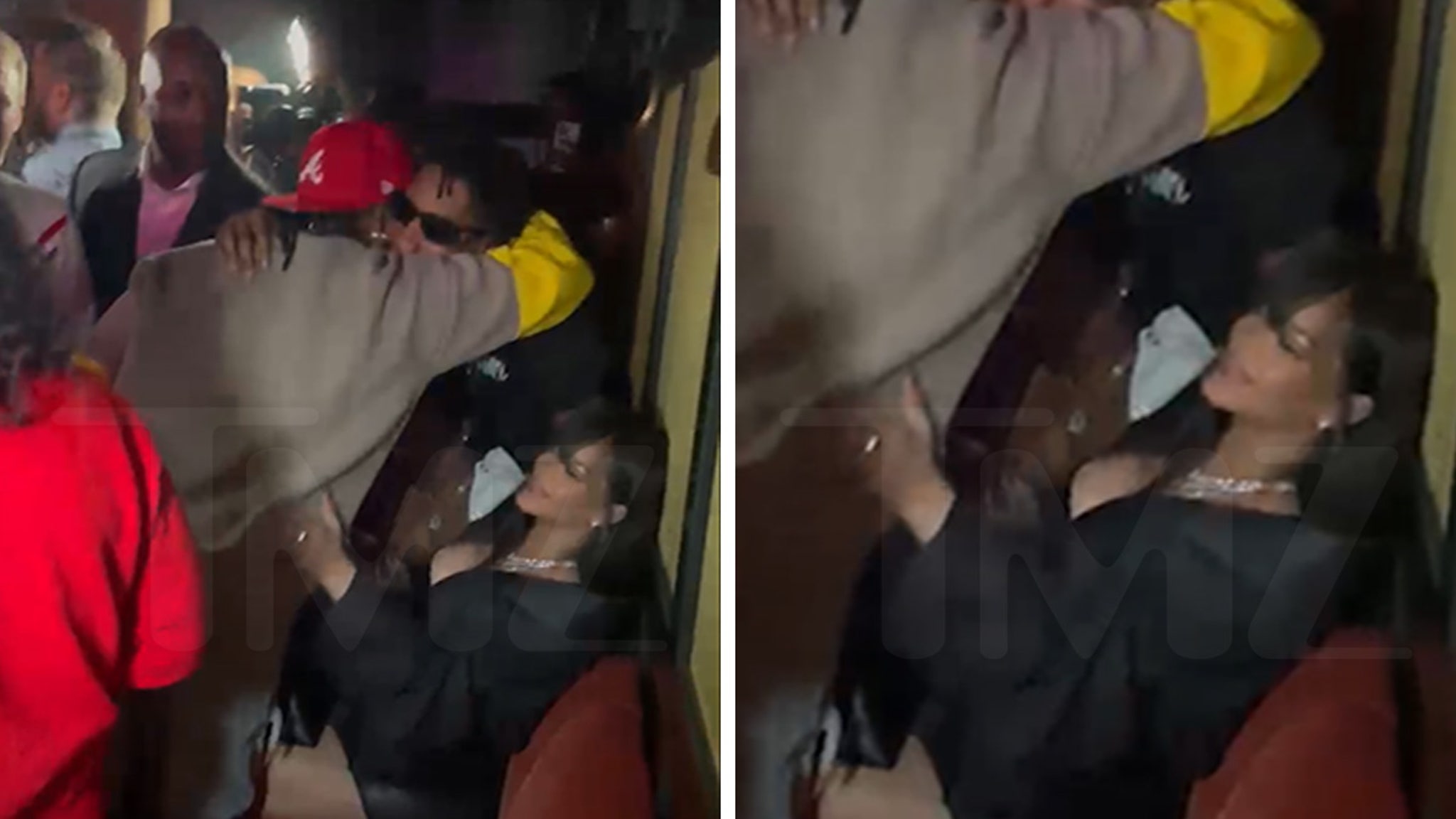 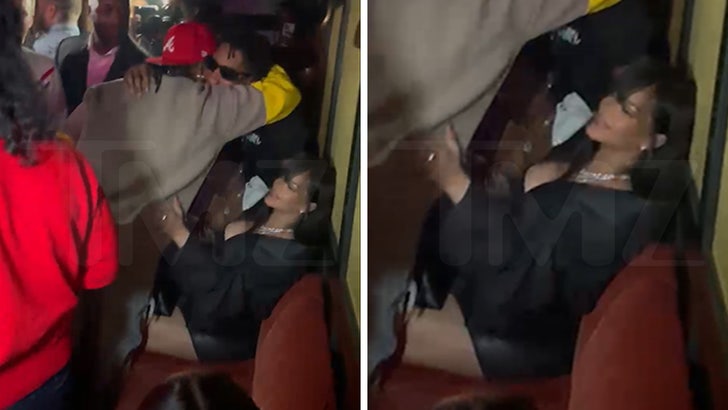 A$AP Rocky won’t pass on the opportunity to dap someone up — even if that means he’s gotta do it right above the mother of his child, Rihanna, from down below.

That’s exactly what happened early Saturday morning in NYC, where the couple (and new parents) were hanging out at a joint called the Canary Club in downtown Manhattan — where we’re told they hung out for about an hour and enjoyed themselves with friends. 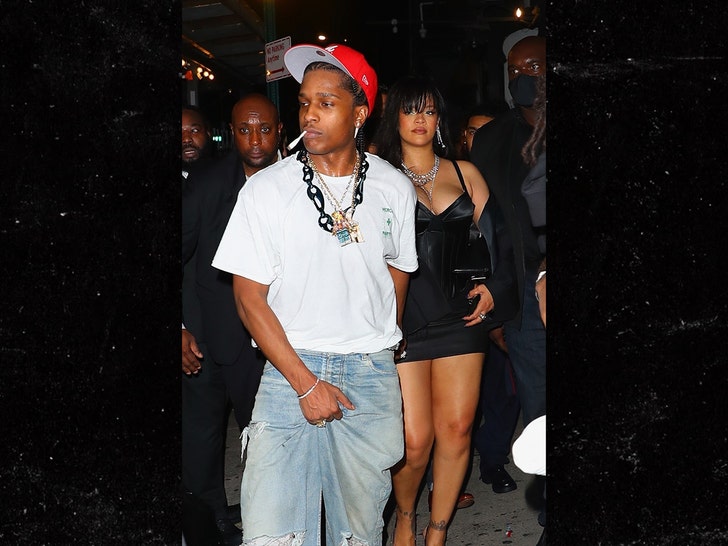 Speaking of pals, AR seems to have ran into an old one on the spot — we got video of him greeting a good buddy of his, whom he appeared genuinely surprised and happy to see.

The next part is a little awkward, just ’cause he goes for a handshake/hug — but does it right over RiRi … and the other guy damn near almost takes a tumble onto her, seated directly underneath them both. The scene is funny to watch, because at one point … Rihanna actually grabs A$AP’s waist, as if to tell him — “YO, WHAT THE HECK?!” 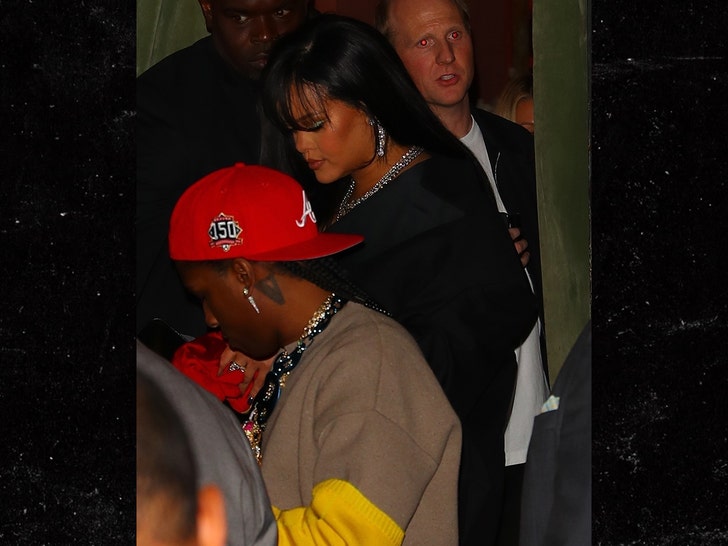 Rocky eventually pulls away and introduces the friend … and that was that. He and Rihanna left together as if nothing had happened, so it was all gravy in the end.

Cool to see them hitting the town — as you know, they just had a son a few months ago — and while dealing with a newborn must be tough, it’s great they’re finding time for themselves. Maybe just walk around next time, though, for an overdue reunion. 😅