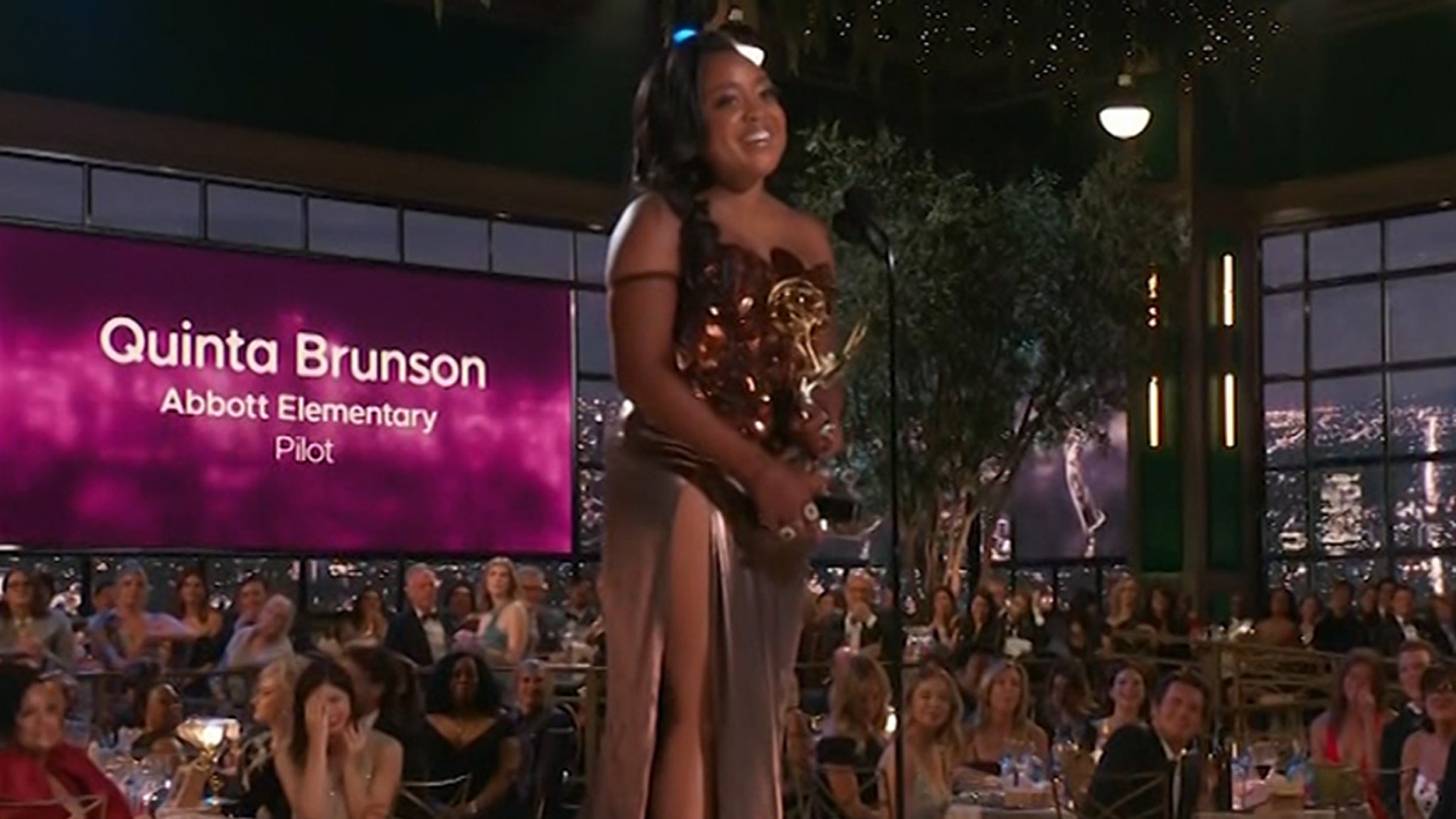 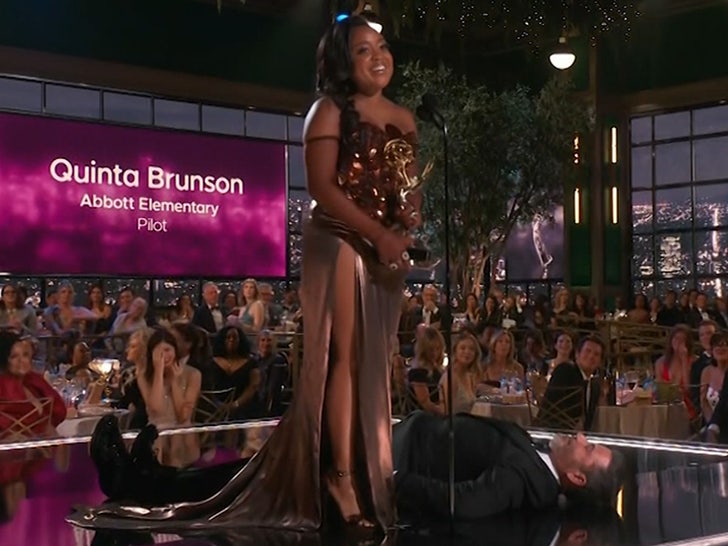 Jimmy Kimmel has come under some serious fire online after many believe a skit he and Will Arnett performed as presenters stole the spotlight from winner Quinta Brunson.

Arnett and Kimmel presented the award for Outstanding Writing for a Comedy Series at Monday night’s Emmy Awards. Arnett dragged a “passed out” Kimmel onto the stage and laid his body out next to the microphone stand while he explained the late night host had too many margaritas backstage. 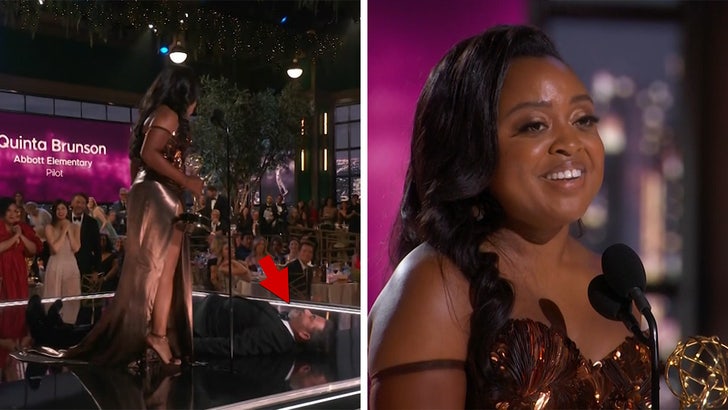 Once Arnett called Brunson’s name as the winner, and she came to the stage, Kimmel continued to carry on with the gag — even after Brunson jokingly exclaimed, “Jimmy, wake up. I won.”

Jimmy laid super close to Brunson as she gave her speech, making it nearly impossible for the show’s directors to get a shot of her without him in it. 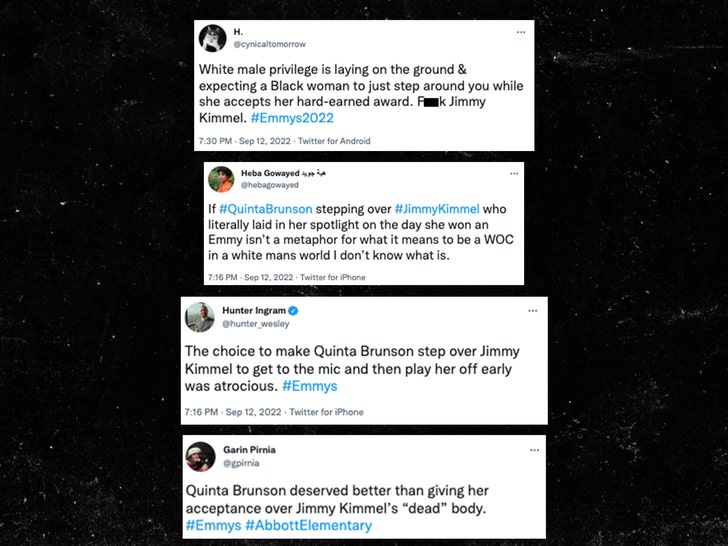 Twitter exploded after the moment, with users pointing out how disrespectful Kimmel’s decision came across, including, “Jimmy Kimmel owes Quinta an apology but the messed up part is every image of her accepting her award has his ass in it. White men really are insufferable.”

Another said, “White male privilege is laying on the ground & expecting a Black woman to just step around you while she accepts her hard-earned award.”

Nonetheless, Brunson didn’t seem bothered by the moment, telling reporters after the show, “I think in that moment, I was just really happy that it was Jimmy up there … I don’t know, tomorrow maybe I’ll be mad at him. I’m gonna be on his show on Wednesday, so I might punch him in the face. I don’t know. We’ll see what happens.”