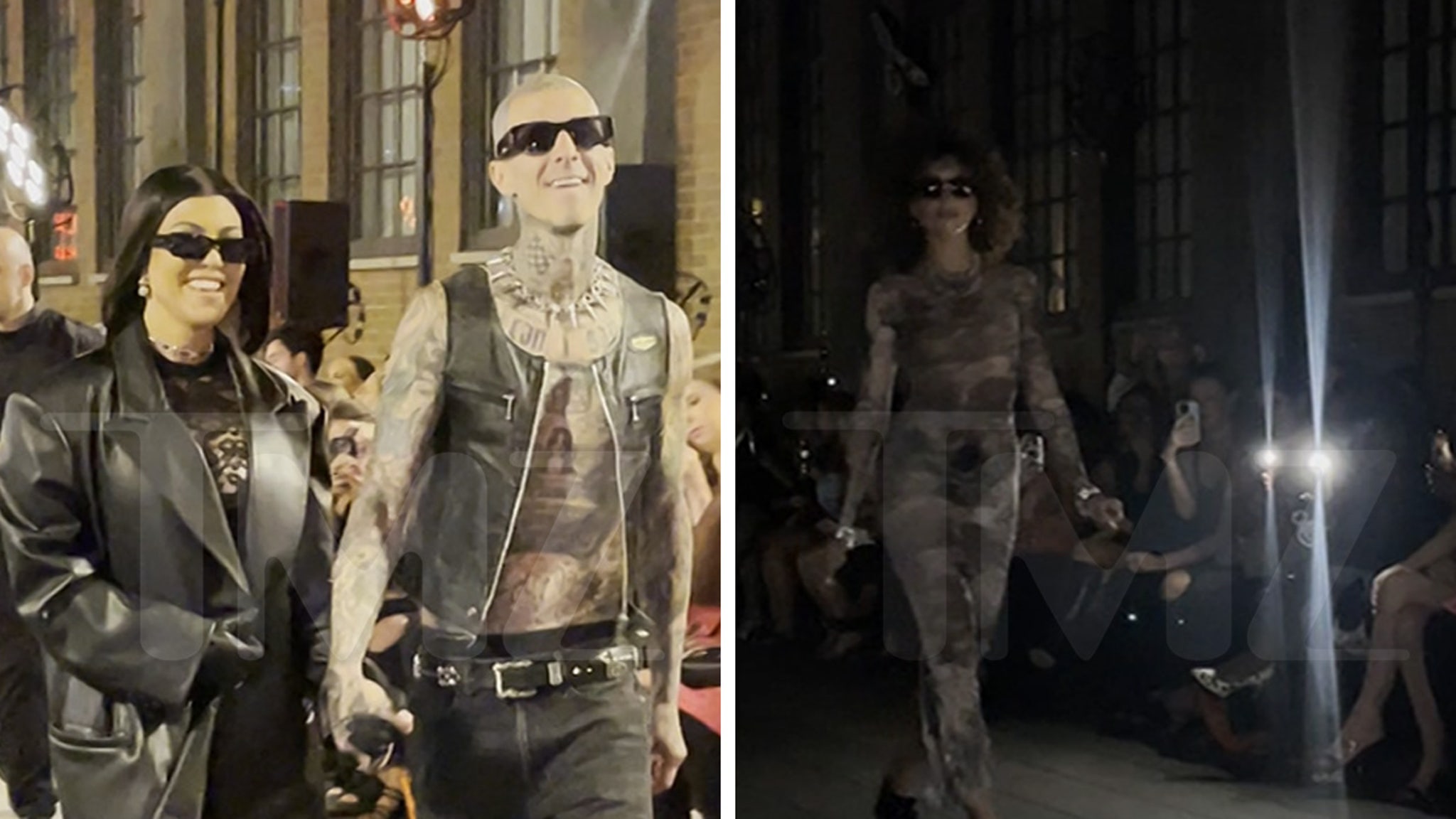 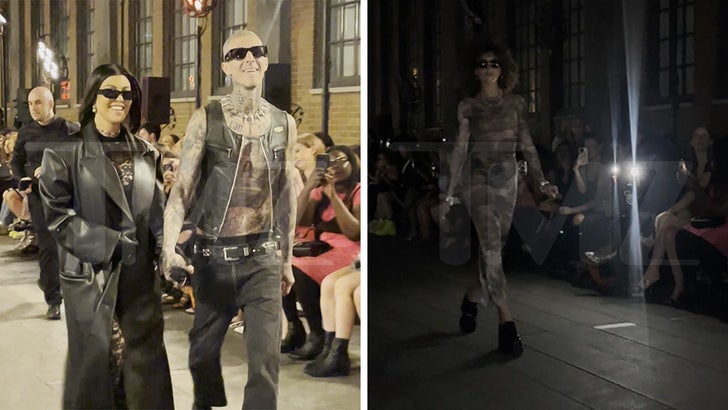 Kourtney Kardashian‘s Fashion Week Show looks like a huge success despite the fact it was missing something very necessary when it started — someone missed the “lights, camera, action” memo.

Kourtney’s event — for her collab with Boohoo — began around 8:30 PM at the Highline in NYC … she made a grand entrance with hubby Travis Barker, and everyone cheered as they strutted down the runway.

But, as you can see in the video, shortly after they hit their seats next to Jonathan Cheban … the freakin’ lights went out! The show must go on, so the models did their thing down the catwalk — just without lights or music.

Awwwkward. Let’s face it, the point of a fashion show is to show off fashions … which gets difficult in the dark.

Sources at the show tell us Kourtney was looking around in confusion while the lights were off, but her reaction wasn’t super obvious since it was so dark.

Good thing she didn’t panic — after about 30 seconds the lights popped on and the music started too. Pesky plugs!

After that ominous start, the show continued without a hitch.

BTW, this was a solo mission … Kourt handled her biz without any other Kardashians attending.