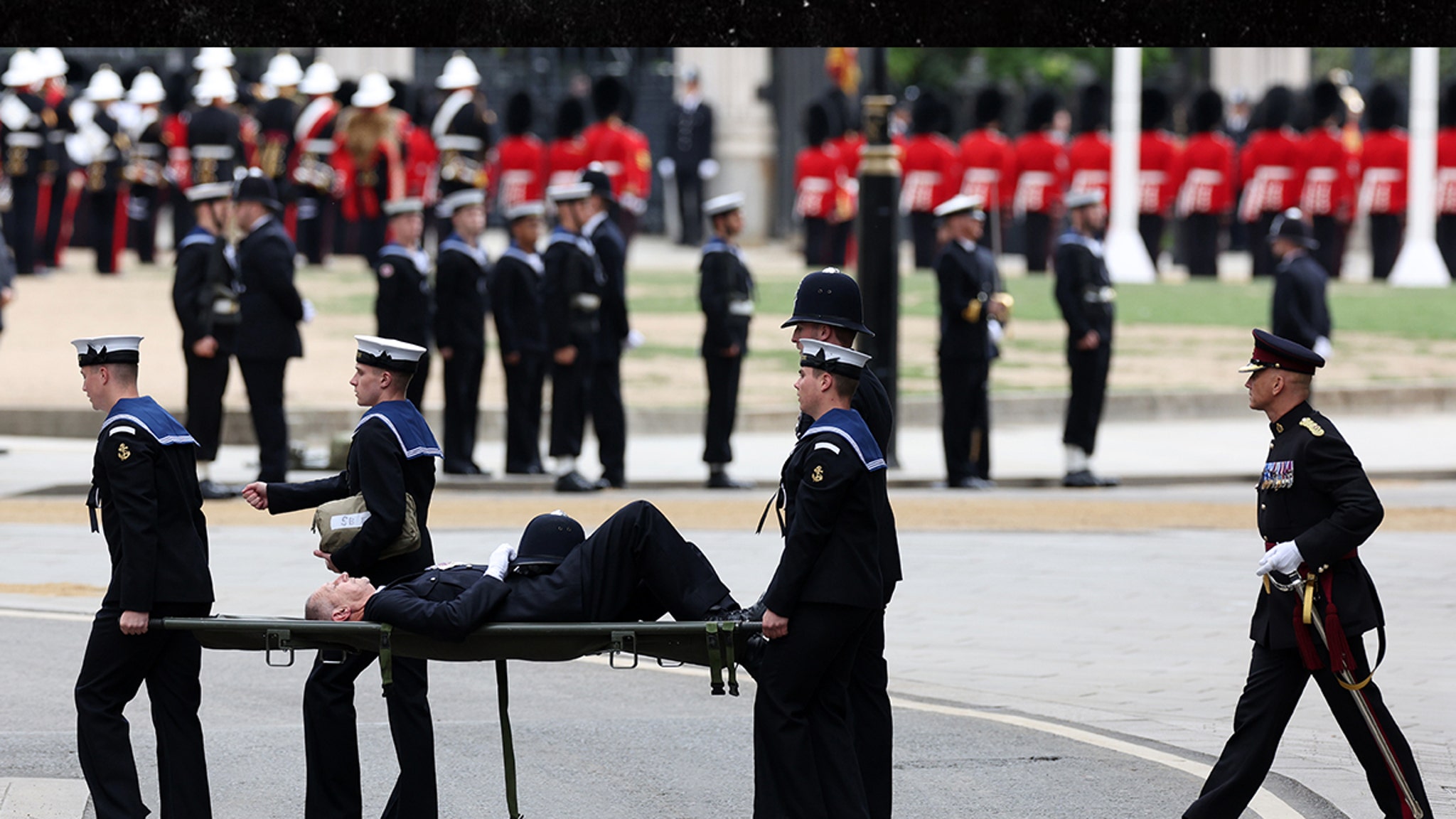 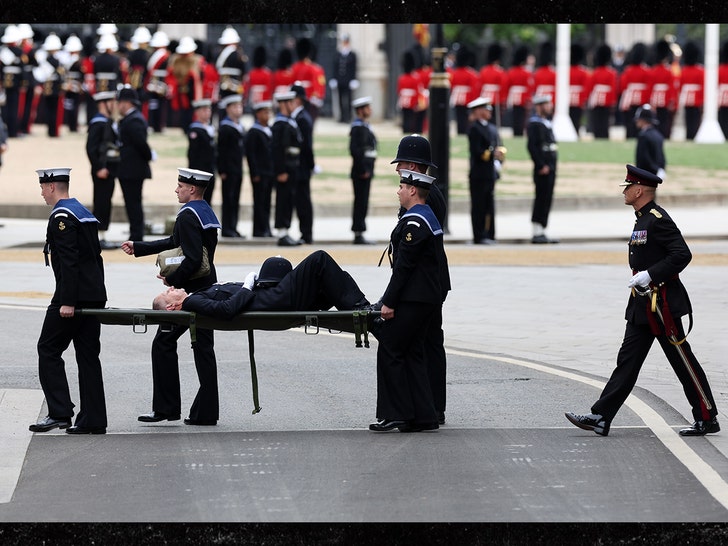 Fainting seems to be a reoccurring theme as Queen Elizabeth II gets closer and closer to her final resting place … because a policeman took a hard fall during Her Majesty’s funeral procession.

The officer collapsed Monday morning as the procession passed The Mall in London, near Parliament Square. He began to sway while guards were changing positions, before passing out.

2 other officers rushed to his aid, followed by medics — he was carried away on a stretcher. His condition is currently unknown. 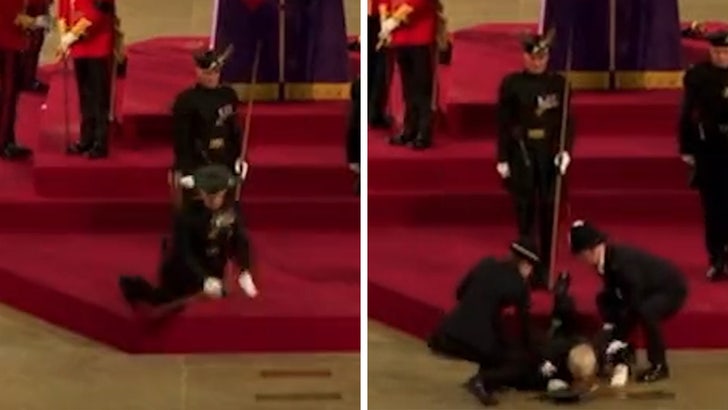 As we reported, one of the Royal guards took a rough fall at Westminster Hall last week … landing face-first on the ground while standing guard at the foot of the casket.

He wasn’t the only one losing consciousness Wednesday — 41-year-old Lady Gabriella Windsor, the cousin of Queen Elizabeth II, collapsed earlier in the service. 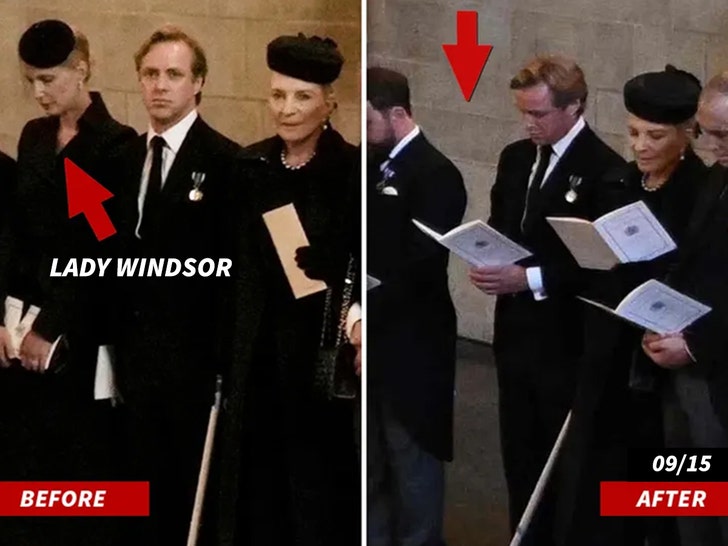 Her husband, Thomas Kingston, rushed to her aid … she reportedly regained consciousness but was missing from the rest of the event.