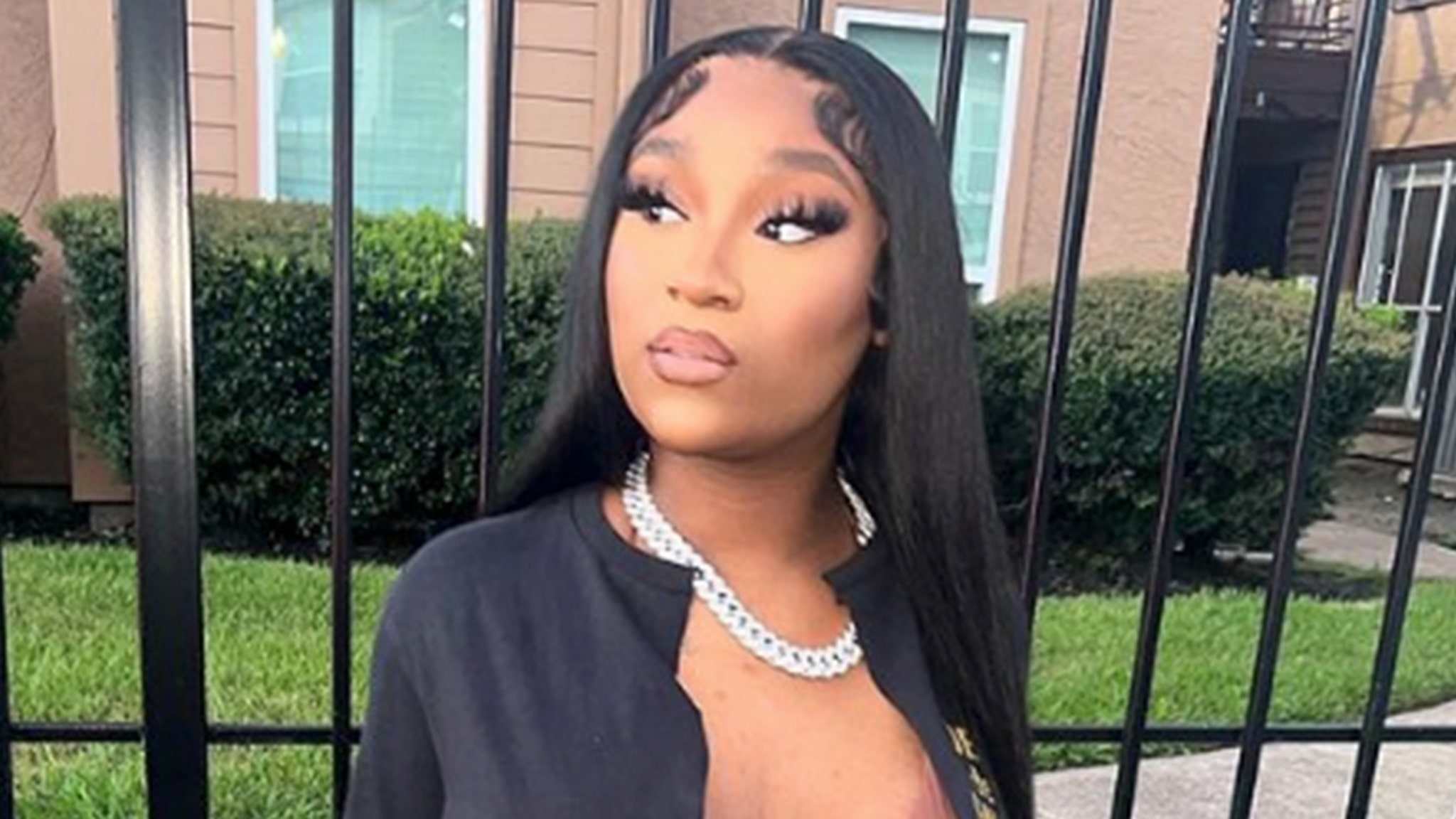 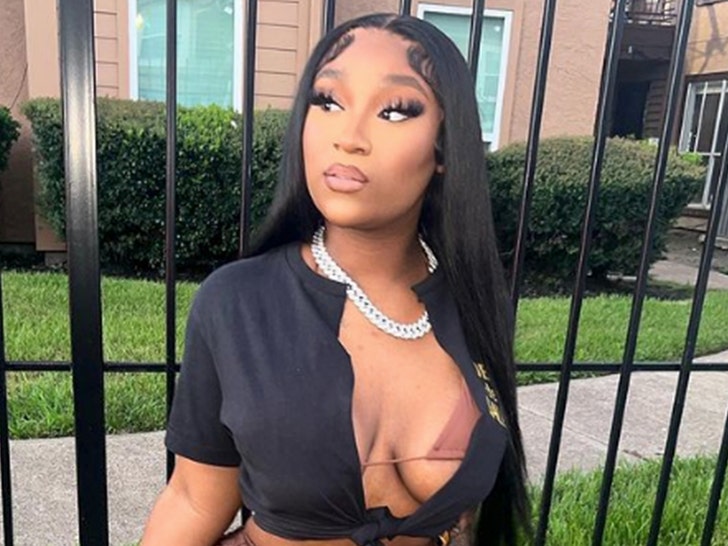 Erica Banks can’t afford to be seen at the club with girls who aren’t on her level … and by her standards, that means skinny, bad dressers who haven’t been to the hair salon can stay home!!!

The 1501 Certified Ent. rapper was recently speaking to fans on Instagram Live about her female club friends’ terms of agreement, and she’s not ashamed to say she discriminates! Erica explains she nixes women from her entourage who aren’t thick enough, or if they’re too skinny.

Also, if you aren’t red-carpet-ready with your fits, you need not apply.

I was still Erica Banks, dumb bitch. A BBL doesn’t solidify who I am & I can hangout with who I choose. https://t.co/kJUEm8ogve

Fans accused EB of being on a high horse with a sadiddy saddle … especially after she infamously bragged about getting a BBL in the spring, but the “Buss It” rapper didn’t budge on her stance.

The Texas native claimed the surgery didn’t change anything (on the inside at least) while clinging to her right to pick her friends to her liking … even if she’s handpicking their attributes! 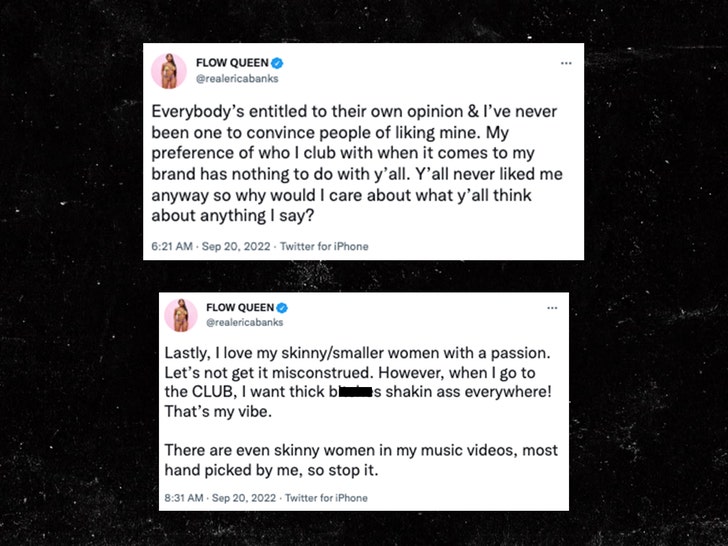 All hope isn’t lost for the thin and underdressed — Erica offered a conditional invitation for swag-challenged females to kick it with her, but only at album listening parties or cookouts.

What’s a little BBQ sauce and smoke on your cheap clothes, right?