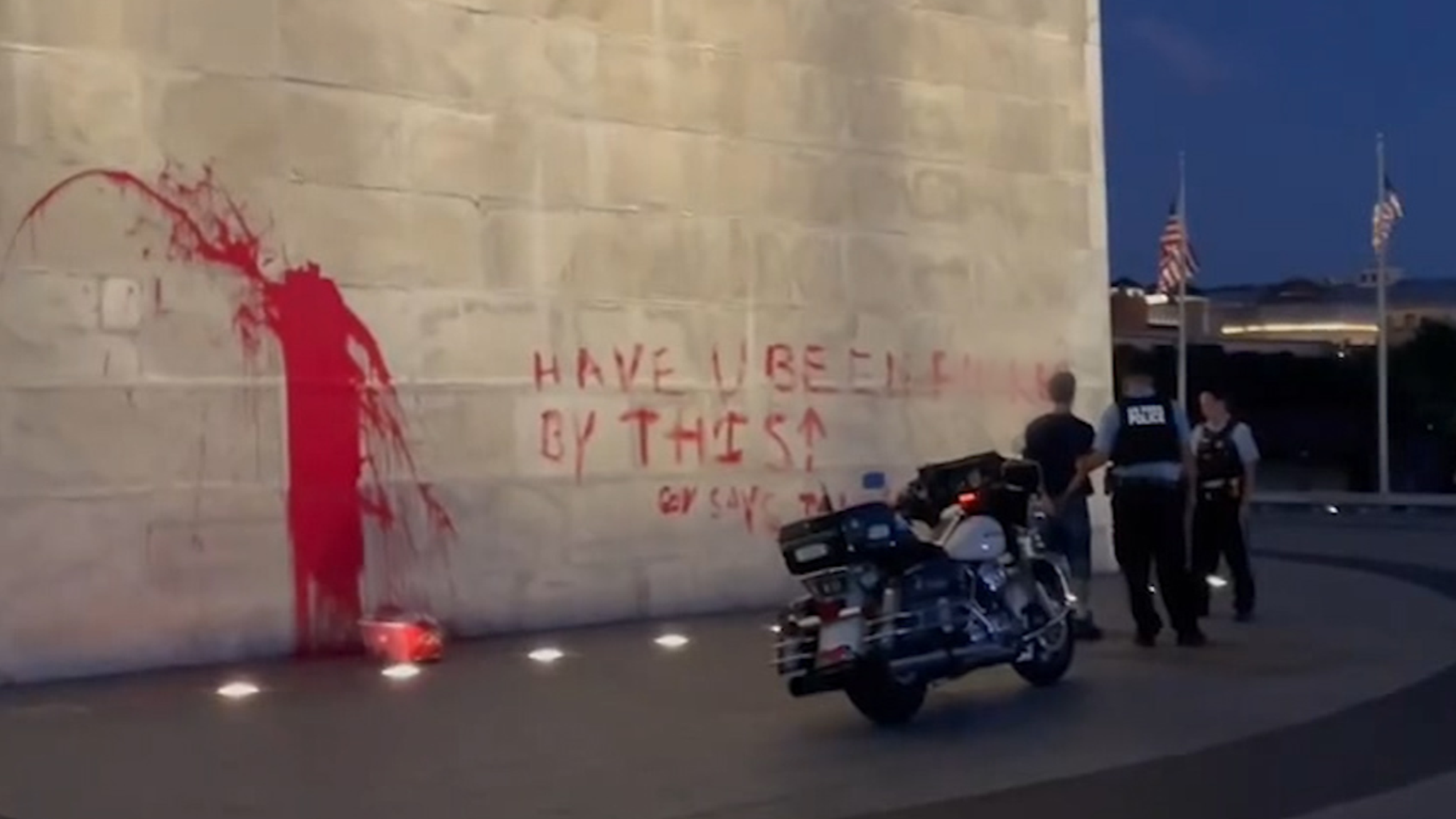 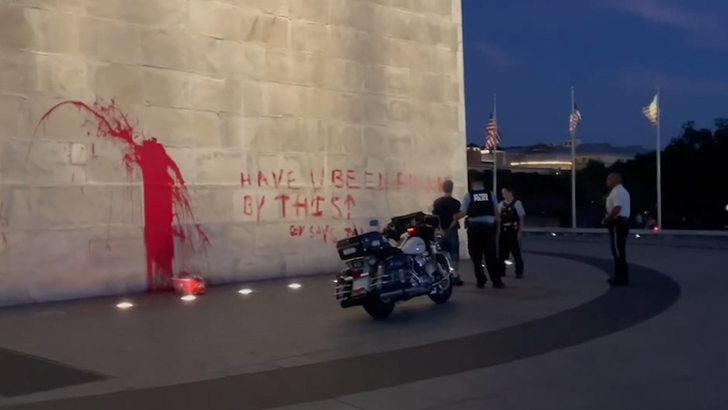 The Washington Monument has been vandalized by someone with a bone to pick with the government … but it’s hard to tell which side he’s on.

The vandal used some sort of brush to deface the homage to George Washington with this … “Have you been f***ed by this (with an arrow pointing up). Gov says tough shit.”

The culprit, Shaun Ray Deaton from Bloomington, IN, was nabbed at the scene and arrested at 7:30 PM Tuesday night. He’s been charged with trespassing, tampering and vandalism.

As for the 555-foot-tall monument … it’s temporarily closed until a cleanup does its thing.

As for the meaning of the message … who knows? It could be a protest over the very construction of the Washington Monument, which was built by slaves. It could also be a protest over `100 other things … taxes, abortion, inflation, and on and on.

The Washington Monument has been a centerpiece on the National Mall since 1888.