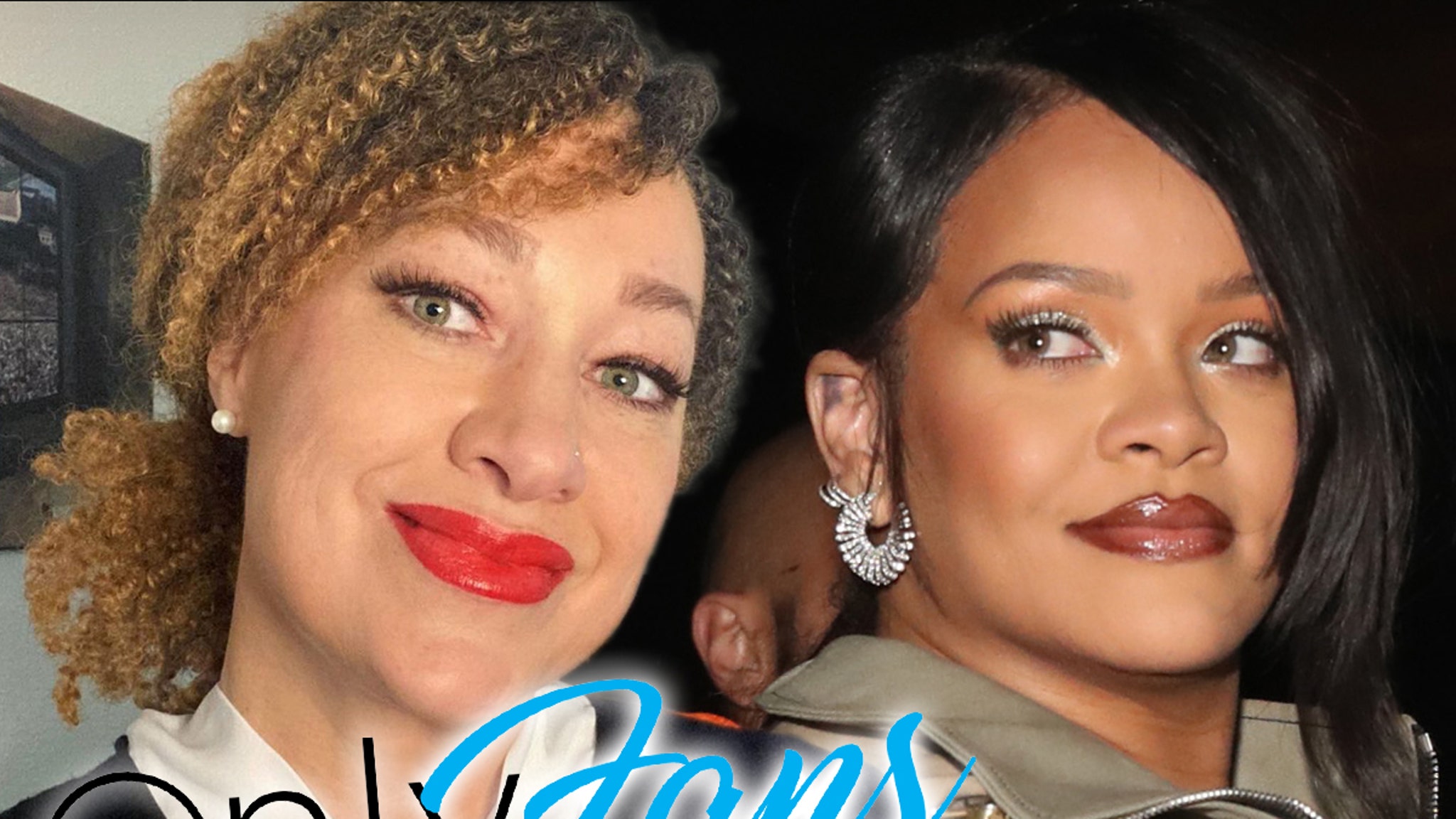 Rachel Dolezal has an OnlyFans page… and while that’s soaking in, add this — the reason she’s posting risqué pics is to show her love for Rihanna‘s lingerie line.

The ex-local NAACP Prez — famously embroiled in a race controversy years ago for posing as a Black woman — had 4 steamy photos of hers plastered online Monday night, which were screenshots from what appears to be her OF account … something we’ve confirmed really does exist. 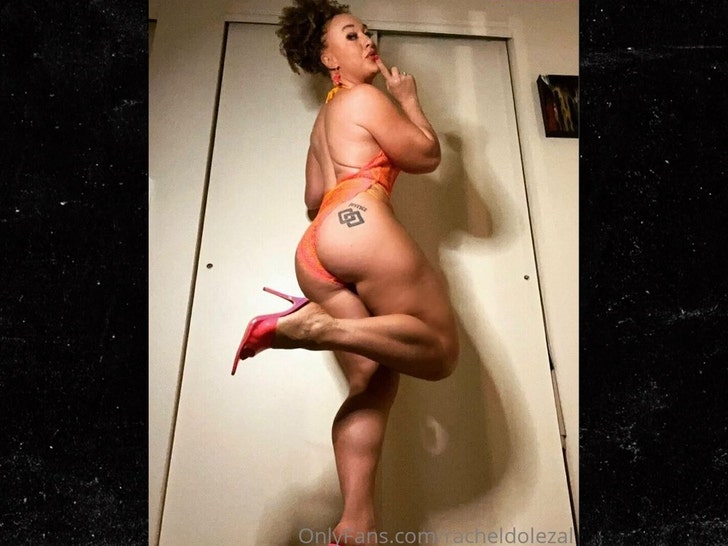 Her rep tells TMZ … yes, Dolezal has indeed started a profile on the site, which as you’ve no doubt heard, has made some people millionaires. However, the rep says Rachel’s in this to pay homage to Savage X Fenty, RiRi’s incredibly popular underwear line.

We’re told RD got her hands on the latest batch of lingerie, and wanted to show it off for her subscribers … and they certainly got an eye-full, as did the rest of Twitter.

The OnlyFans URL at the bottom of the leaked pics goes directly to her page, and it’s clear Dolezal isn’t hiding this. She posts quite regularly, and has had the account for much of 2022, if not earlier. 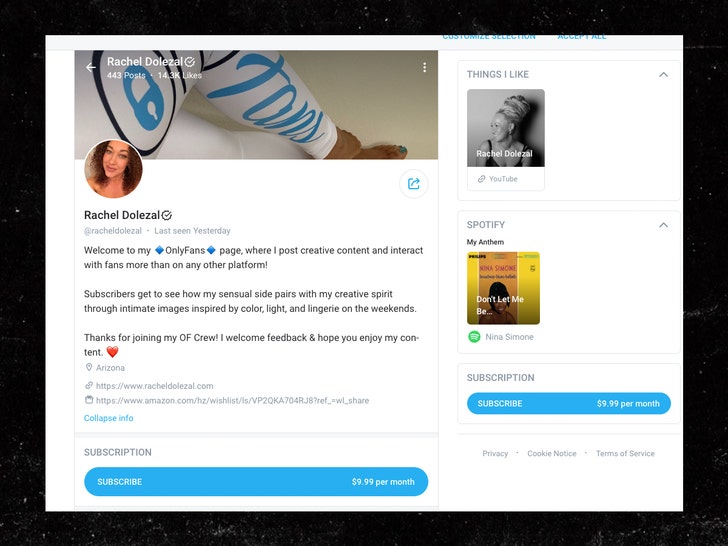 Her bio says this account is dedicated to her “creative content” where she can interact with her fans. It also notes subscribers get to “see how my sensual side pairs with my creative spirit through intimate images inspired by color, light, and lingerie on the weekends.” It’s unclear how many sexy pics she’s got in total — it’ll cost ya $9.99/month to find out.

Many are expressing shock over this … but it’s not totally out of the ordinary. There are tons of people, famous and otherwise, turning to OF. Like we said, it can be lucrative. 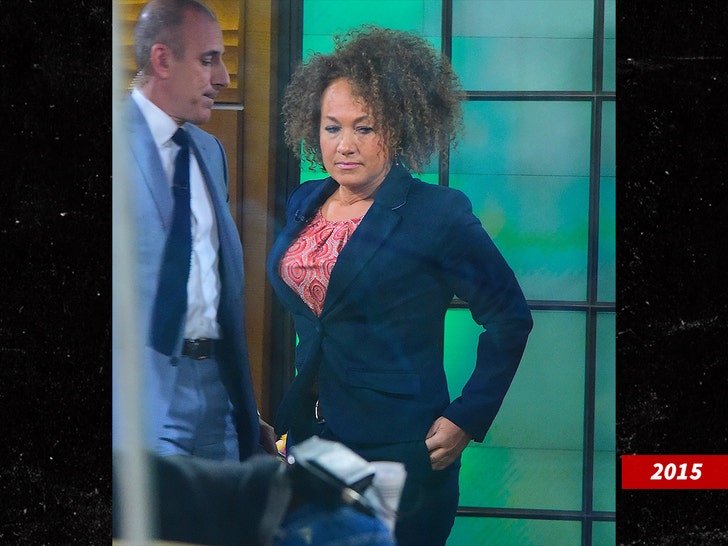 Folks might find this a bit jarring because of Dolezal’s buttoned-up past — which got rocky around 2015, when it was revealed she was actually a white woman who said she identified as Black for years.

Dolezal stepped down from her Spokane NAACP position amid the scandal.

She has since owned it, though, and still openly identifies as African-American … controversial as that is. With that heated debate in mind, Dolezal’s OF account is hardly as shocking.