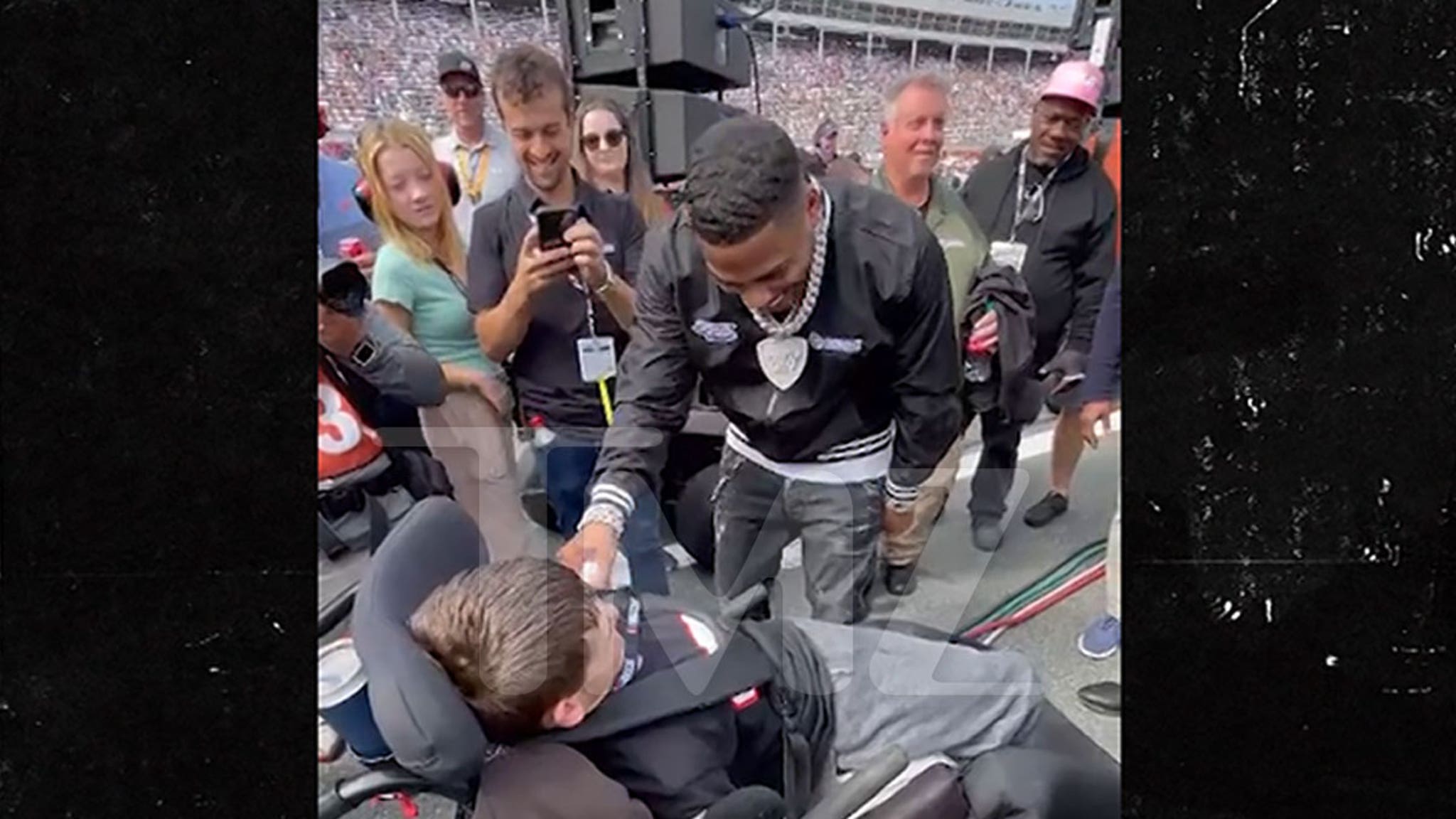 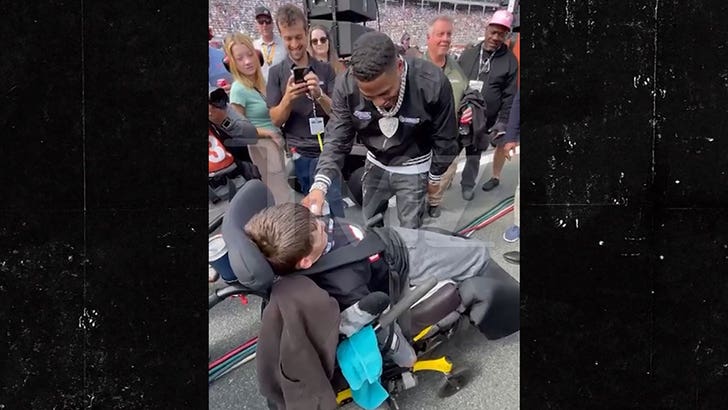 Nelly is the kind of guy who will give you the jacket off his back — just ask young NASCAR superfan Jacob Lemke, who experienced just that … after a very cool encounter with the diamond-selling rapper.

Jake was born with Lesch-Nyhan syndrome, a rare genetic order, and he and his good friend Nate Salisbury were recently VIP pit guests during the 2022 playoff cup race at the Charlotte Motor Speedway … where Nelly performed to kick off the event.

Nate tells us … after the show and the driver introductions, Nelly was in the area posing for pics and conducting interviews when he spotted them and came right over.

You can see Jake’s face light up as Nelly walks over … complimenting his vest as he gifts him the custom Charlotte Motor Speedway jacket he was wearing for the performance.

Little did Nelly know, Jake was on hand to celebrate his 23rd birthday on a trip planned by Nate and his mother … making the moment that much more special!!!

Nate says he used to be Jake’s teacher and befriended him over 8 years ago.

Jake’s father recently passed away but introduced Jake to the world of hip hop music and NASCAR before he died … and it appears to be working!!!

Nelly’s brand of “Country Grammar” hip hop has allowed him to rap on a wide array of stages. He recently performed at a Baltimore Ravens game and is scheduled for appearances at Longhorn City Limits and Stagecoach ’23 … meaning more opportunities to make unsuspecting fans’ day with surprises!!!