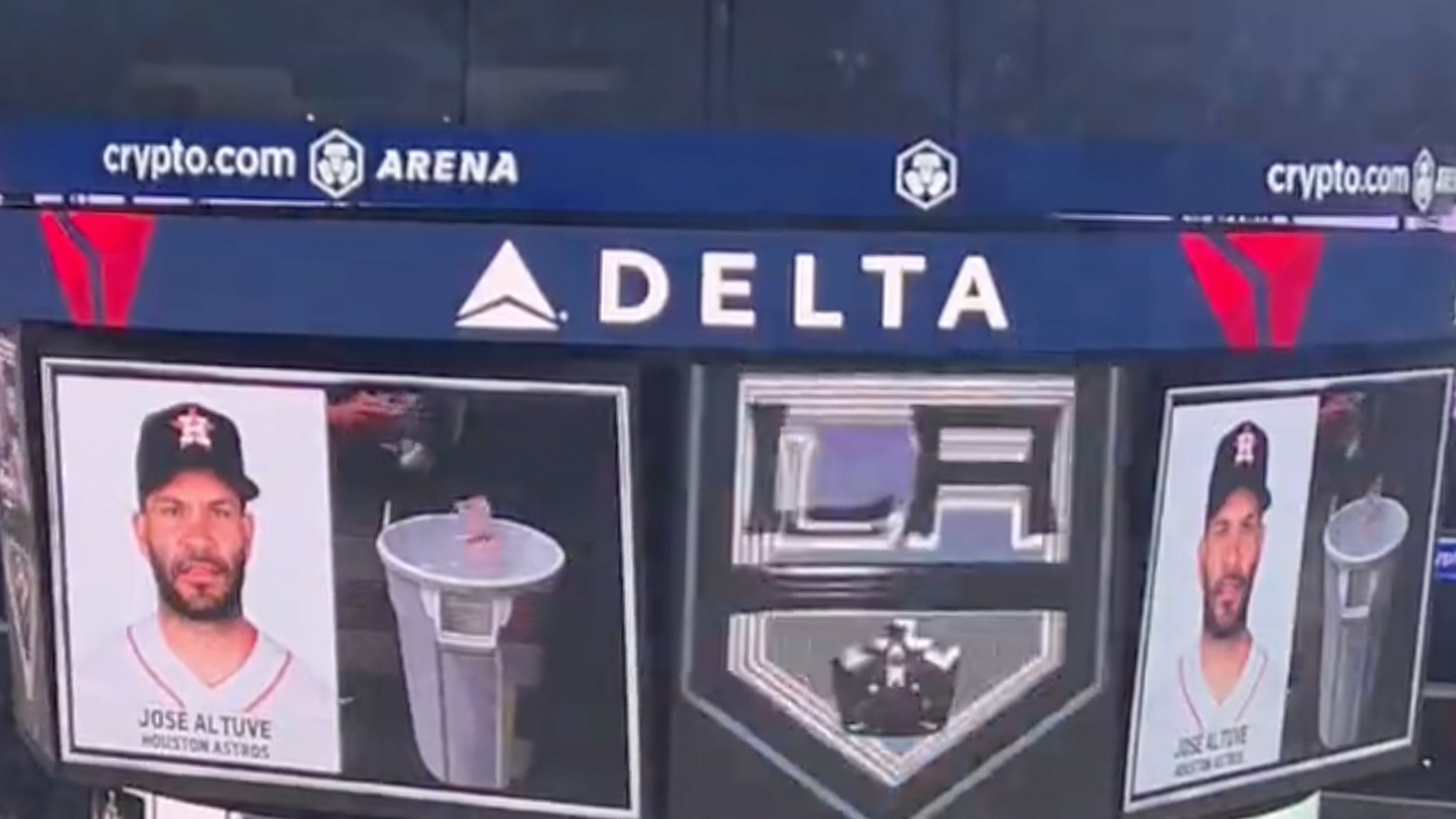 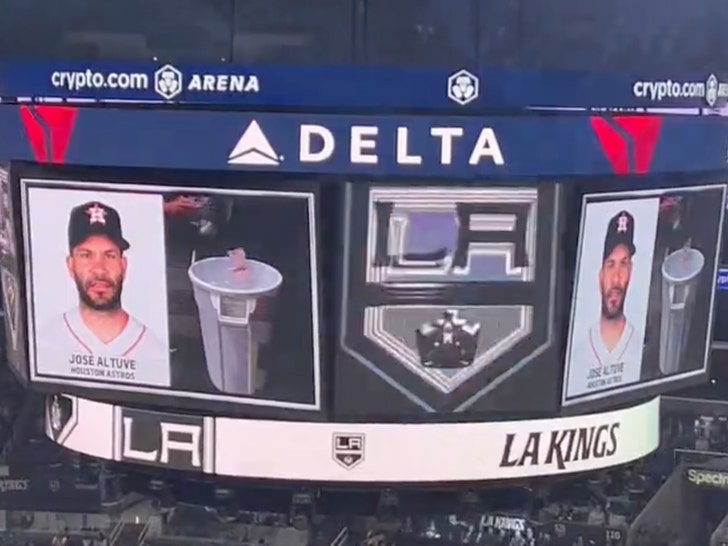 José Altuve is still public enemy #1 in Los Angeles … and the L.A. Kings made that clear by trolling the Houston Astros’ star second baseman with a trash can reference during Thursday night’s game.

The Kings were playing the Seattle Kraken at Crypto.com Arena … when the announcer decided to have some fun at the expense of Altuve by playing a “look-alike” game on the jumbotron.

The game started innocently by showing people in the stands who resembled professional athletes like Dodgers star pitcher Tony Gonsolin and infielder Max Muncy — but then it came time to have some fun.

The scoreboard then showed Altuve’s picture, which was met with a chorus of boos …  and then the image of a trash can was displayed as his doppelganger.

The LA Kings did a a “Look-A-Like” video 😂 featuring Jose Altuve & a 🗑️ pic.twitter.com/WkCvGzIzzU

The fans immediately began cheering once they saw the side-by-side of Altuve and the trash can on the big screen … and to make matters worse, someone was throwing out trash.

Altuve and the ‘Stros defeated the L.A. Dodgers in seven games in the 2017 World Series, but L.A. fans feel robbed of that title after the Astros were found guilty of cheating. 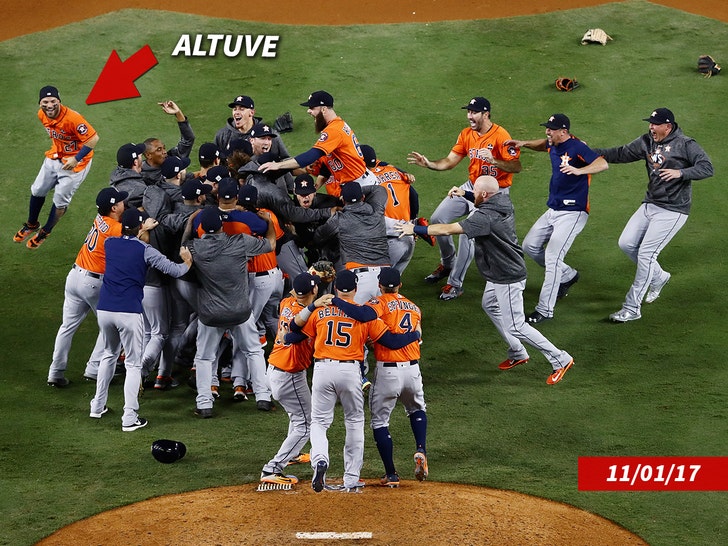 In 2019, MLB determined that the Astros illegally used a video camera system and pounding on trash cans to steal signs during the 2017 regular season and postseason and parts of the 2018 season.

Since the scandal, the Dodgers have won the World Series in 2020 when they defeated the Tampa Bay Rays in six games … and are currently vying for another this postseason.

But, no matter how successful the storied franchise is, L.A. fans ain’t letting go of their beef with Altuve.