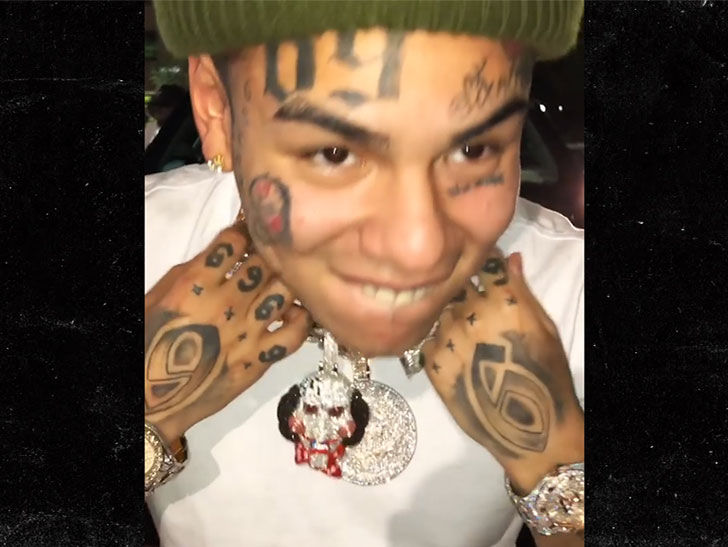 Tekashi69‘s famous Jigsaw necklace and a ton of his other bling are back around the rapper’s neck … but we’re told they’re not the OG pieces.

Tekashi was out in NYC Thursday night flaunting his bling — identical to the pieces stolen from the rapper’s home last month — and he let everyone know he’s got at least a million bucks around his neck.

It would appear 6ix9ine has recovered the jacked goods — but sources close tell us he simply had the original pieces recommissioned, shelling out a whole lotta dough in the process.

TMZ broke the story, Tekashi was hospitalized after he was allegedly pistol whipped by armed robbers just a couple weeks ago. Sources close to the rapper told us a different string of events than what Tekashi told cops … but nonetheless, maintained his bling was gone.

Here’s to a solid insurance plan.