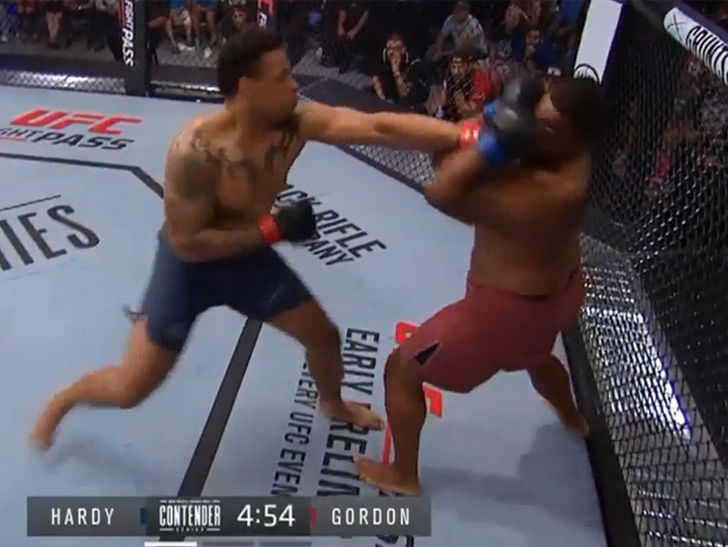 Greg Hardy just destroyed a grown-ass man in 17 seconds in his second UFC fight … and Dana White is fired up!

Hardy — the former NFL star — had already won a UFC contract on Dana’s Tuesday night contender series back in June, but Dana wanted to book him a second fight on the show to get him more experience.

So, Hardy stepped in the Octagon again Tuesday night against Tebaris Gordon, and if you blinked … you missed Hardy unleash an epic can of whoop ass that resulted in another ferocious victory.

Hardy has only had a handful of MMA fights since he decided to focus on becoming a pro fighter — but he’s destroyed every single opponent he’s faced. Dana has previously told us he wants to get Hardy more fights before putting him on a major UFC card.

But, with performances like this … you gotta think his moment will come sooner rather than later.