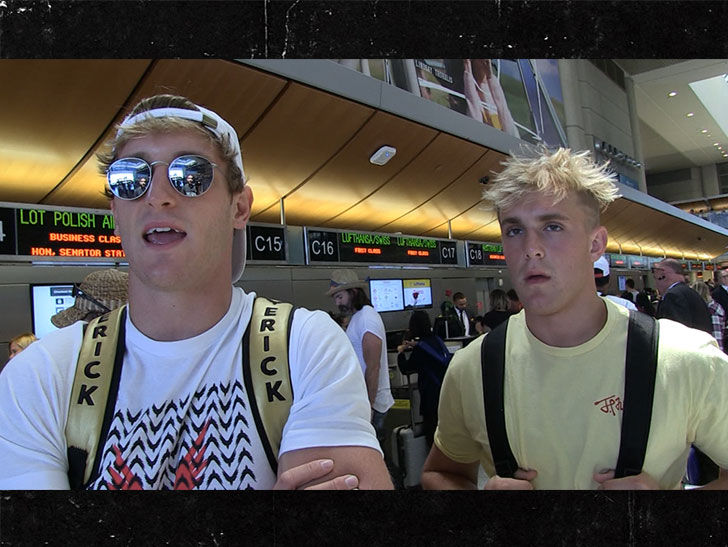 I Want a Real UFC Fight

Logan Paul says he’s dead serious about a combat sports career after his fight with KSI in less than 3 weeks — and has a message for Dana White … BRING ON CM PUNK!!!

Logan has been training like a maniac for the August 25 boxing match in England (which some say could have more viewers than Floyd vs. Conor) — but tells TMZ Sports he’s always dreamed of fighting in the UFC.

“I want to fight a UFC fighter,” Logan told us with his brother, Jake Paul, at LAX  … “I’ve wrestled my whole life.”

It’s true — Logan was a pretty solid high school wrestler in Ohio and our sources tell us he’s been looking pretty good in the ring too.

“I’ve done athletics my whole life,” Logan says … “Dana White, are you watching this, bro? Pick a fight for me.”

Logan says he wants CM Punk — but his brother, Jake, is aiming higher … saying he really believes he could take Conor McGregor with enough training. Logan was all about it.

Both guys know they have to win their fights on August 25 before moving to the next level — but yeah, they’re serious.