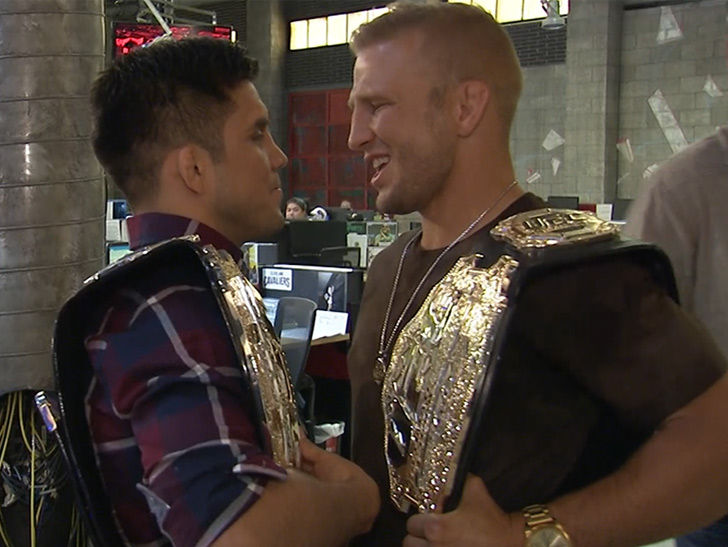 Two UFC champs came face-to-face in the TMZ newsroom on Monday — talking all sorts of smack to each other … and begging Dana White to let them settle their beef in the Octagon.

We invited both guys to appear on the “TMZ Sports” TV show (airs weeknights on FS1) and they accepted … and the sparks immediately began to fly.

T.J. said he’d knock Henry the hell out. and Henry shot back, “Be careful what you wish for.”

T.J. also said a fight with Henry would be “easy money.”

Henry said he’d destroy Dillashaw on the ground or on his feet.

It got a little crazy when they squared off right inside the newsroom — despite the stupid faces Evan was making in the background.