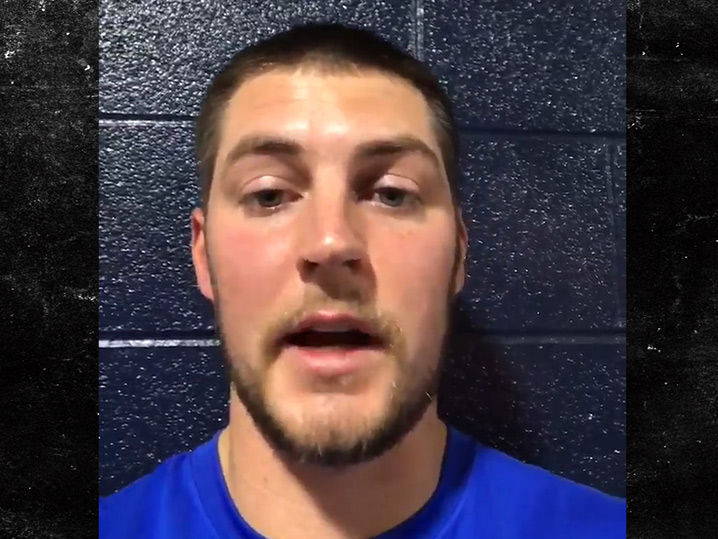 … You Didn’t Make Me Look Crazy

Trevor Bauer is much less pissed off at ESPN today … ’cause it turns out the company DIDN’T actually air a tweet that he says made him look like a “lunatic” after all.

ICYMI … the Indians superstar is famous for being a baseball brainiac — and when he broke his leg last week, a reporter had some fun at Trevor’s expense with the diagnosis news.

“Trevor Bauer says that the doctors’ timeline for his return is based on outdated mainstream medicine and he’s begun a course of blood transfusions and colloidal silver to rid his body of CIA nanites,” Ringer staff writer Michael Baumann tweeted.

Bauer initially found the tweet hilarious … but when he believed MLB Network and ESPN ran with the tweet as fact — he was not happy.

“Presenting it as fact on tv, thus painting me as some lunatic that’s off his rocker, is not ok at all,” Bauer tweeted.

He continued in another tweet: “Hey @MLBNetwork and @espn I would like public statements on social media and on your networks clarifying that the information you wrongly reported as fact earlier regarding my recovery timetable and process is false and not a quote from me. The report is damaging and absurd.”

“It appears the information I was given and what I believed to have seen was wrong, and ESPN never aired the fake tweet.”

“As spreading misinformation that damages people’s reputations is what I was originally angry about, I wanted to set the record straight and apologize to ESPN for wrongly accusing them of broadcasting this misinformation.”