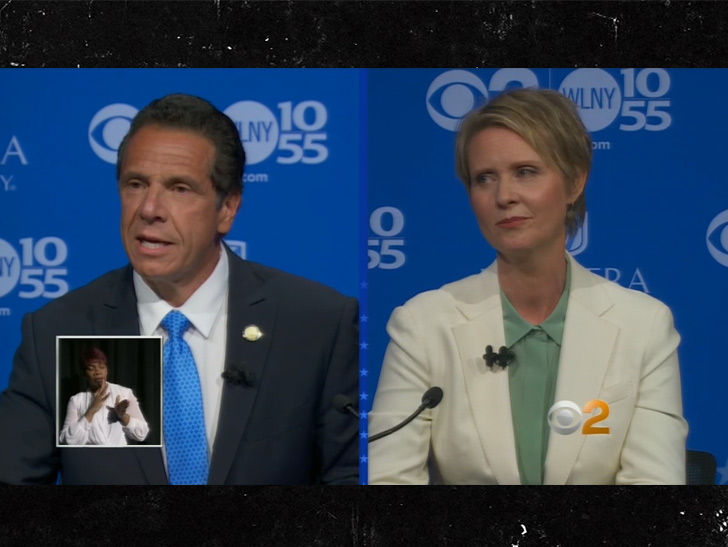 Cynthia Nixon and New York Governor Andrew Cuomo held nothing back in a nasty debate for the Democratic seat in the state’s race for governor.

Nixon and Cuomo squared off Wednesday night — at Hofstra University — in the only debate scheduled before New York’s Democratic primary September 13. Two topics in particular got the two trading jabs … immigration and public transportation.

At one point, Gov. Cuomo flat-out yelled at the former “Sex and The City” star, asking her to stop interrupting. However, the shining jab came from Nixon who dished an insult calling Cuomo a liar.

Nixon announced her candidacy back in March on a platform that’s focused on public transport and immigration.

The actress has consistently trailed Cuomo in the polls — most recently, he held a 30 point lead — but if one thing’s for sure … the power of TV can change an entire political landscape.