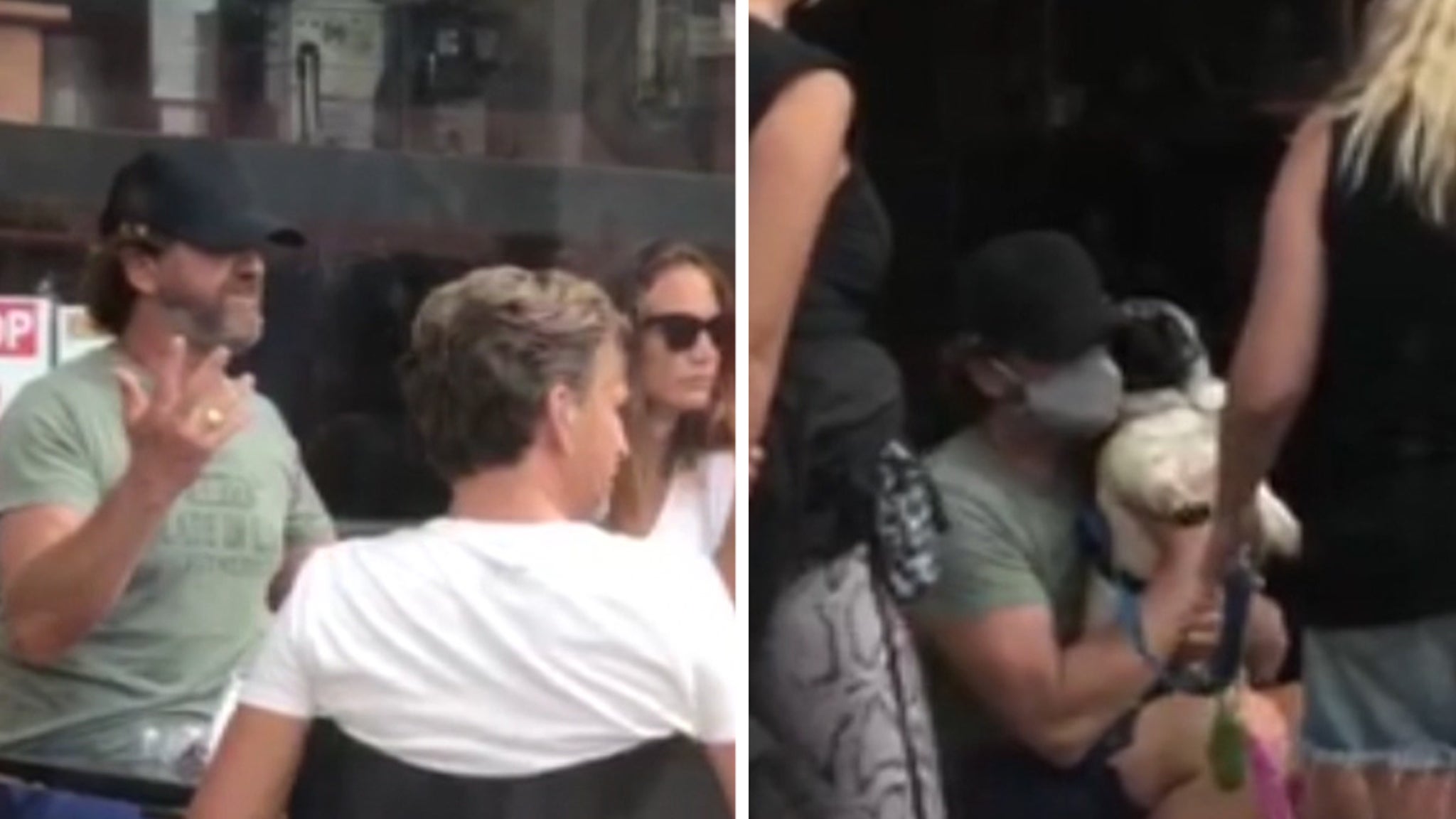 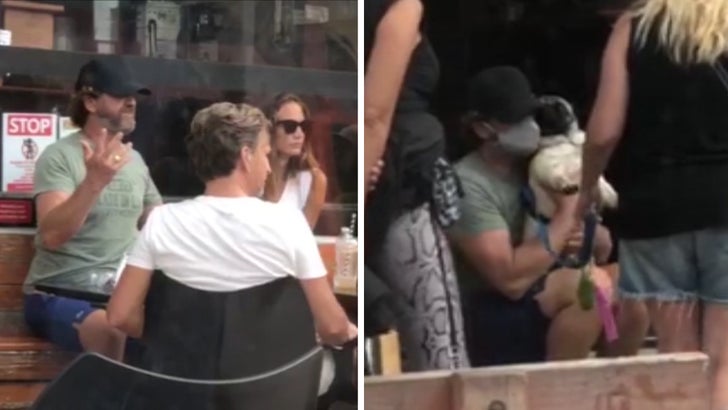 Gerard Butler had himself quite the weekend — one second he was putting on a show for his buddies, and the next he was getting stopped to pose with an adorable pooch. Quite the life!

The “300” star was hanging out Sunday at a cafe in the Marina del Rey neighborhood of L.A. — right by the beach, pretty much. He was definitely dressed down and somewhat covered up to where you might not recognize him at first — but that ripped bod’s hard to miss.

Anyway, it seemed like he was with a lady friend and some other pals as well — who were getting a nice little story out of Gerard with all his animated motions and gestures. From the POV of the person in the car, it kinda looked like a game of charades or something.

Anyway, it all came to a screeching halt when someone showed up with their pug and seemingly asked if Gerard would snap a photo with it. He did — wearing his face mask at first — but quickly realized life is much better when a guy’s face-to-face with man’s best friend.