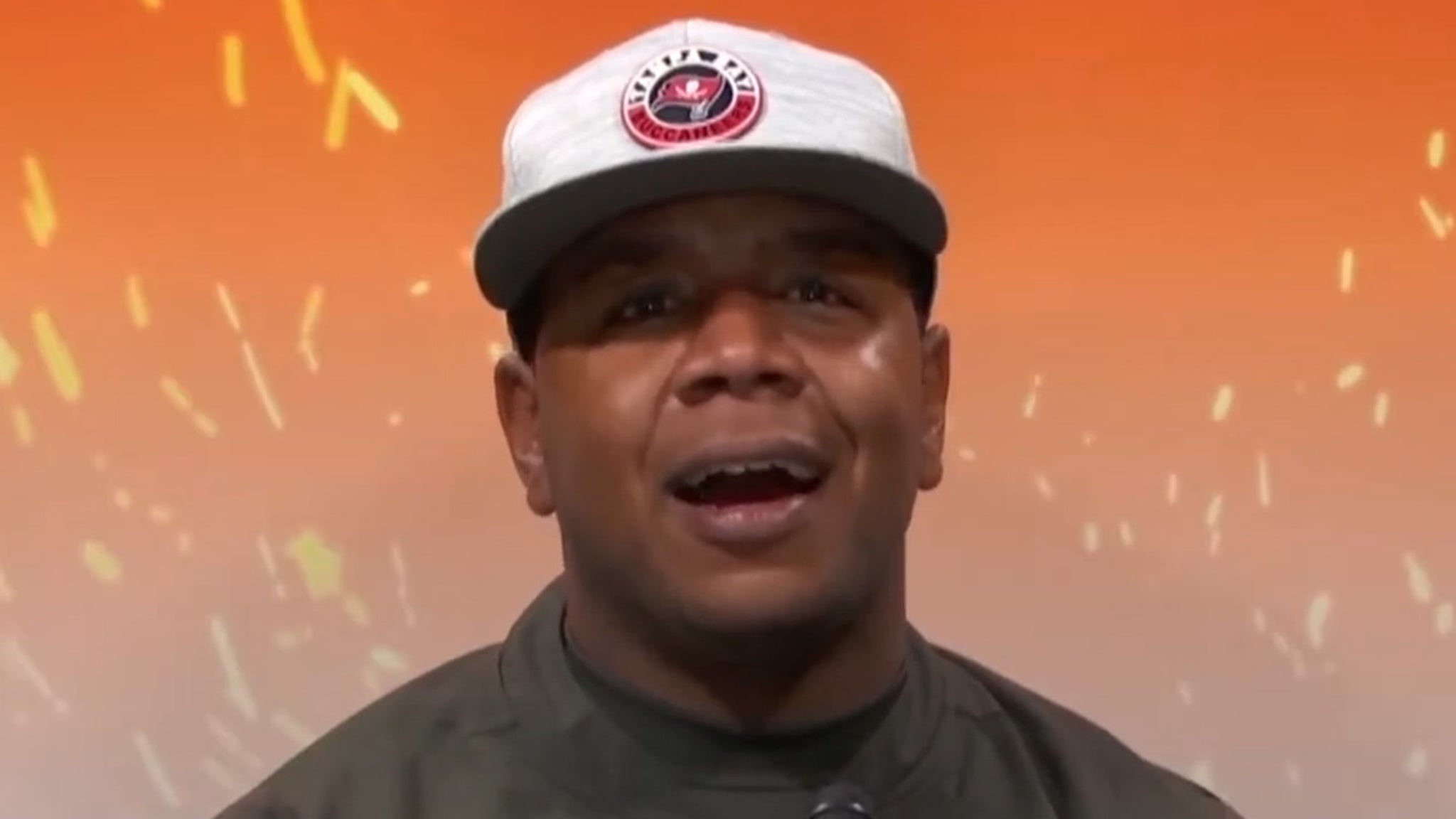 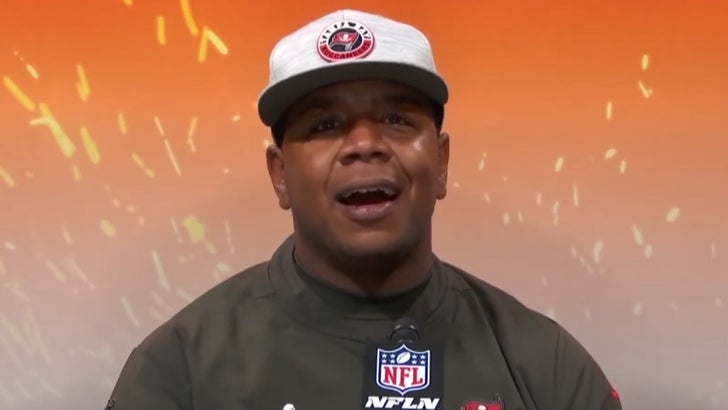 “I think you got the wrong guy!”

That was Byron Leftwich‘s response to a reporter who confused the Tampa Bay Bucs assistant coach with another guy from the Bucs coaching staff, Todd Bowles.

See, this is Byron Leftwich on the left — a former star NFL quarterback who is now the offensive coordinator for the Bucs. 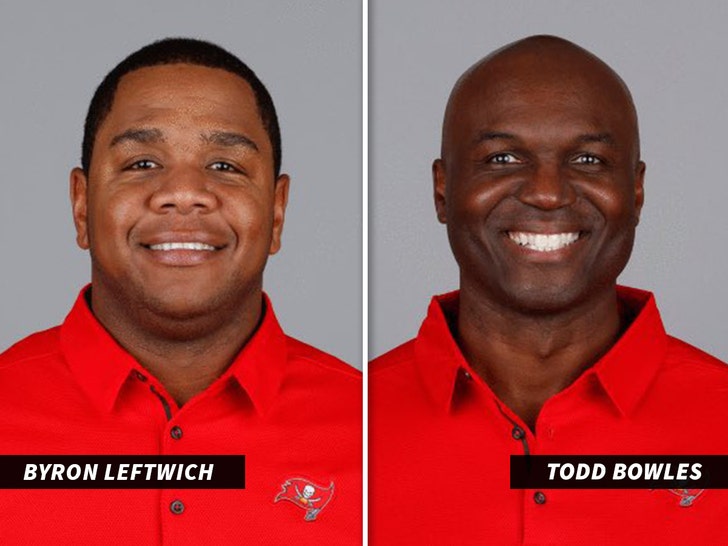 On the right is Todd Bowles — the defensive coordinator for the Bucs. He was previously the head coach of the New York Jets.

The reporter was clearly confused — and asked Byron a question about how the Bucs defense managed to shut down Chiefs QB Patrick Mahomes.

Byron immediately realized what was happening … and chuckled to himself as he corrected the reporter.

“Shut Pat Mahomes down? I think you got the wrong guy,” Leftwich said … “I didn’t have anything to do with that, that was Todd!!

So, how did the reporter mix these guys up??? Byron seems to have an idea … and all he could do is laugh it off.

And, to make things worse … even the person running the news conference messed up Byron’s name when introducing him to the media. Byron — NOT BRYAN — handled that like a champ too. 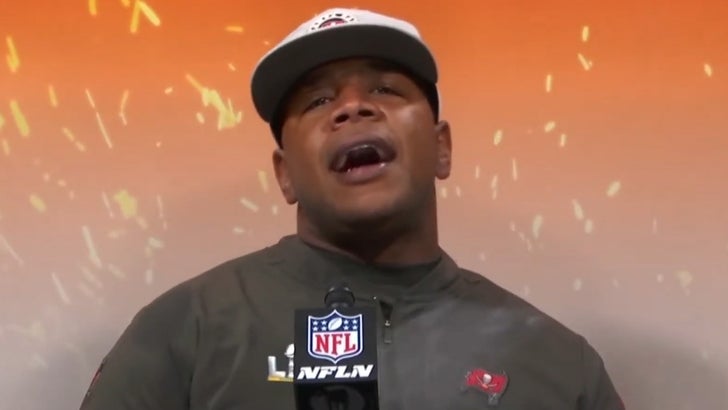