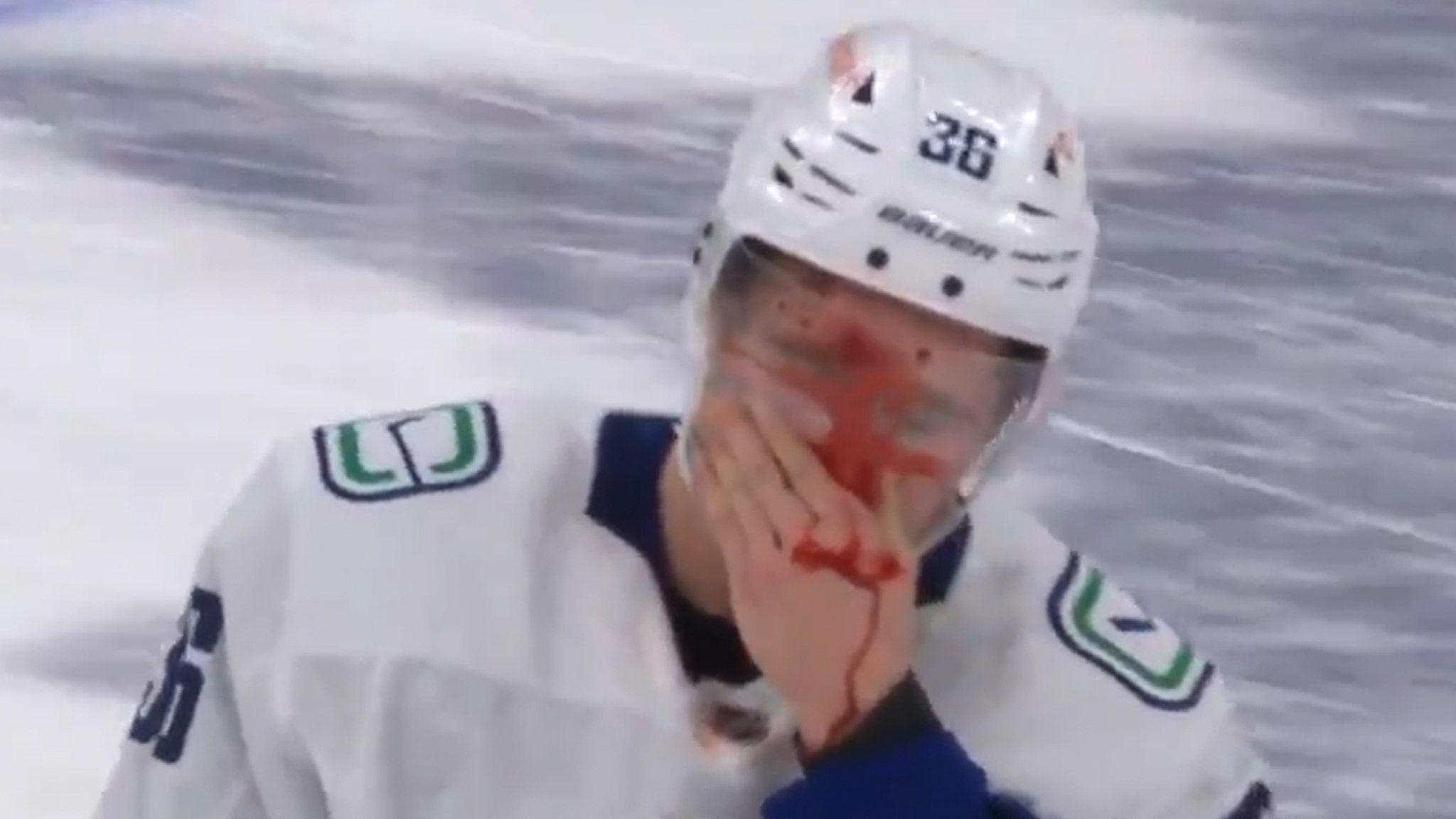 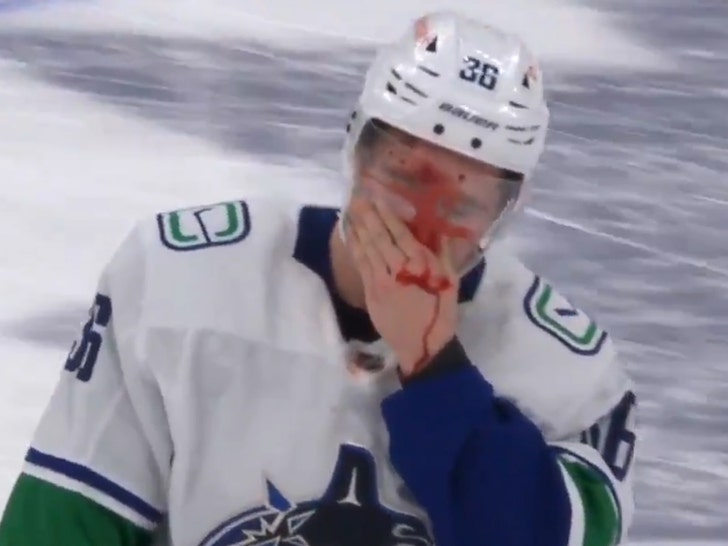 Need further proof hockey players are some of the toughest people on the planet??

Vancouver Canucks winger Nils Hoglander was left a bloody mess after taking a puck to the face Monday night — BUT HE STAYED IN THE GAME!!!

The terrifying scene all went down in the Canucks vs. Maple Leafs tilt in Toronto … when in the first period, Jordie Benn threw a puck at the net that accidentally caught Hoglander right in the forehead.

Fortunately, Hoglander was wearing a visor … but the force of the shot was so strong, it still cut the 20-year-old badly.

Check out the clip, Hoglander was bleeding so profusely from his nose and forehead area … it covered his entire visor!

But, in true #HockeyGuy fashion … Hoglander wiped it all away with his hand, and then returned to the game a short time later!!

The good news? No doubting hockey players are still tough as hell!