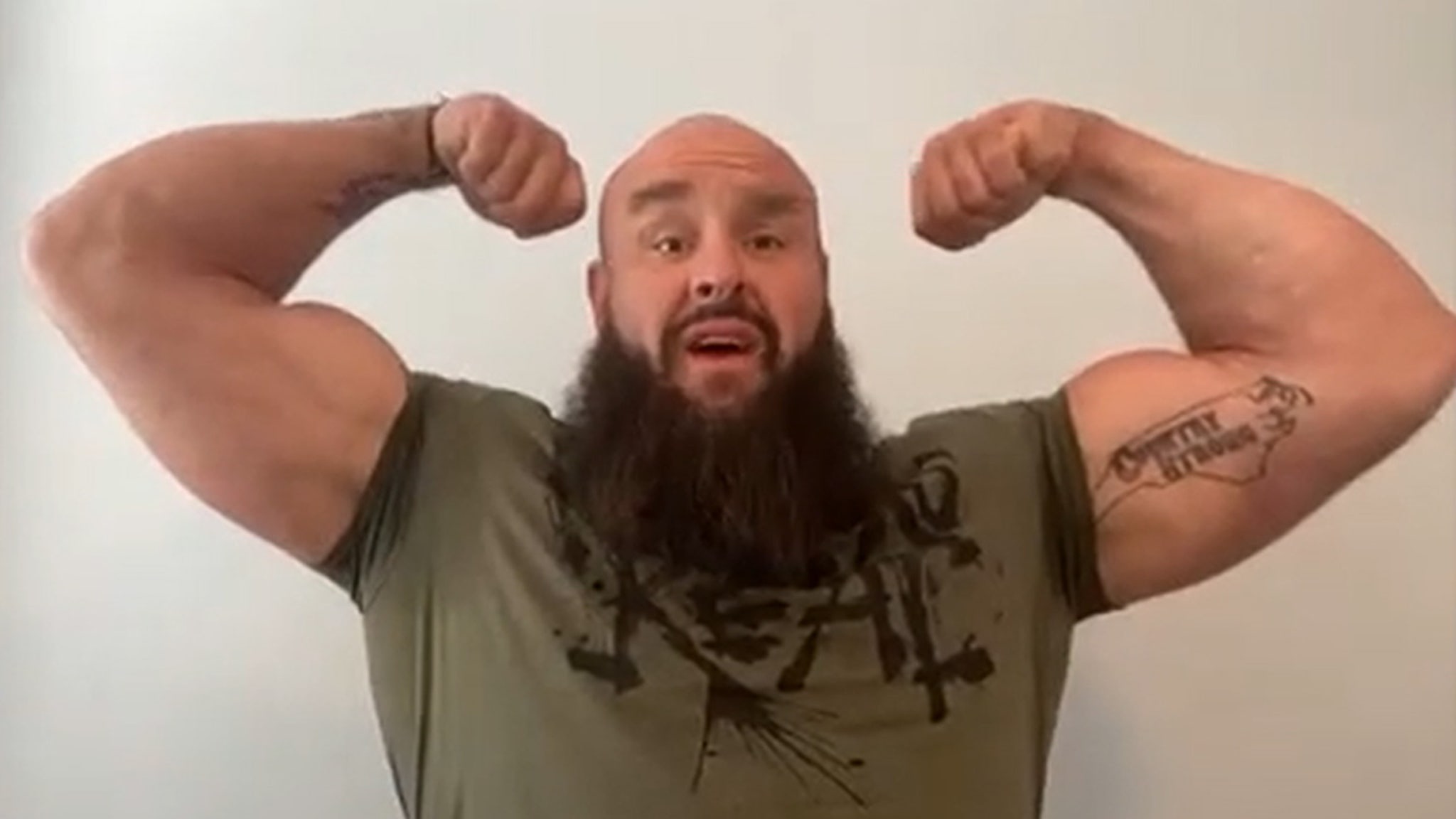 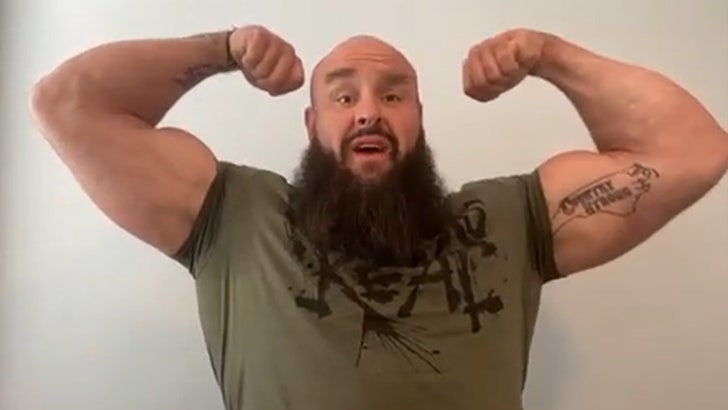 Braun Strowman is one of the most physically imposing men on the planet … but the 6’8,” 345-lb WWE Superstar tells TMZ Sports he still deals with perceived flaws in his appearance after totally transforming his body.

“I used to struggle and I still do struggle with body dysmorphia,” Strowman says.

“I struggled with bullying growing up because I was a chubby little kid and then I grew to this gigantic mongoloid of a human being that I am and I’m still judged for it because people look at me and go, ‘Oh, this big meathead.'” 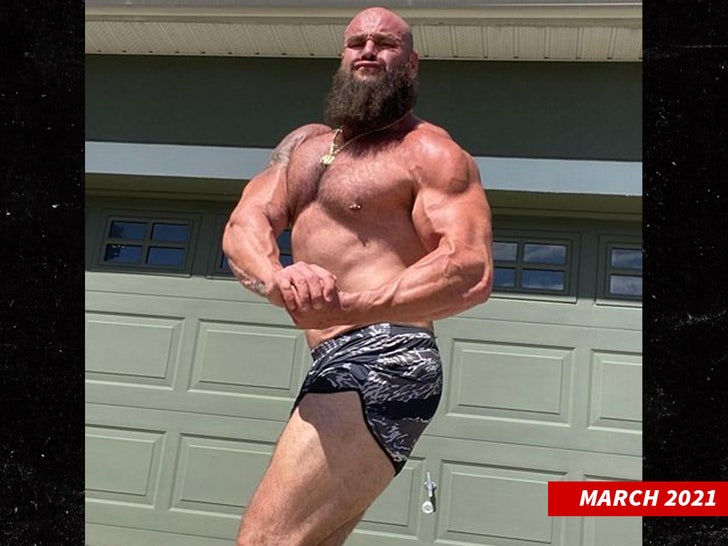 Braun — a former strongman competitor (those dudes are MASSIVE) — recently dropped around 50 lbs … and got absolutely ripped.

“15% of this work that I’ve done and transformed myself has been in the gym and doing the cardio. The rest is mental and food preparation,” Braun says.

And, Strowman says his weight loss has had an awesome, unintended consequence … it’s inspired a bunch of his fans to lose a crapload of pounds.

“The messages I get from fans, friends, family, strangers from all around the world that send me messages, ‘Hey I seen your fitness goal, it’s made me change the way I eat, made me get back in the gym, I lost 100 pounds, I lost 200 pounds.”’ 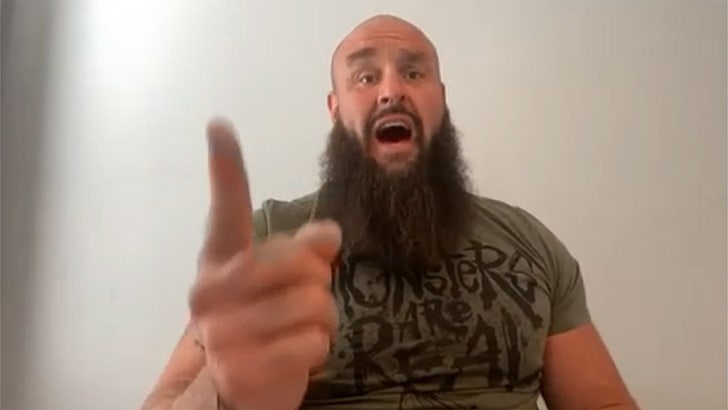 There’s more … we also talked to Strowman about his Triple Threat match against Bobby Lashley and Drew McIntyre at WrestleMania Backlash this Sunday — for the WWE Championship.

Strowman described the epic match like this … “This is King Kong meets Godzilla meets the Incredible Hulk,” adding … “And I damn sure ain’t planning on coming out of the backside of WWE Backlash not carrying that WWE Championship.”