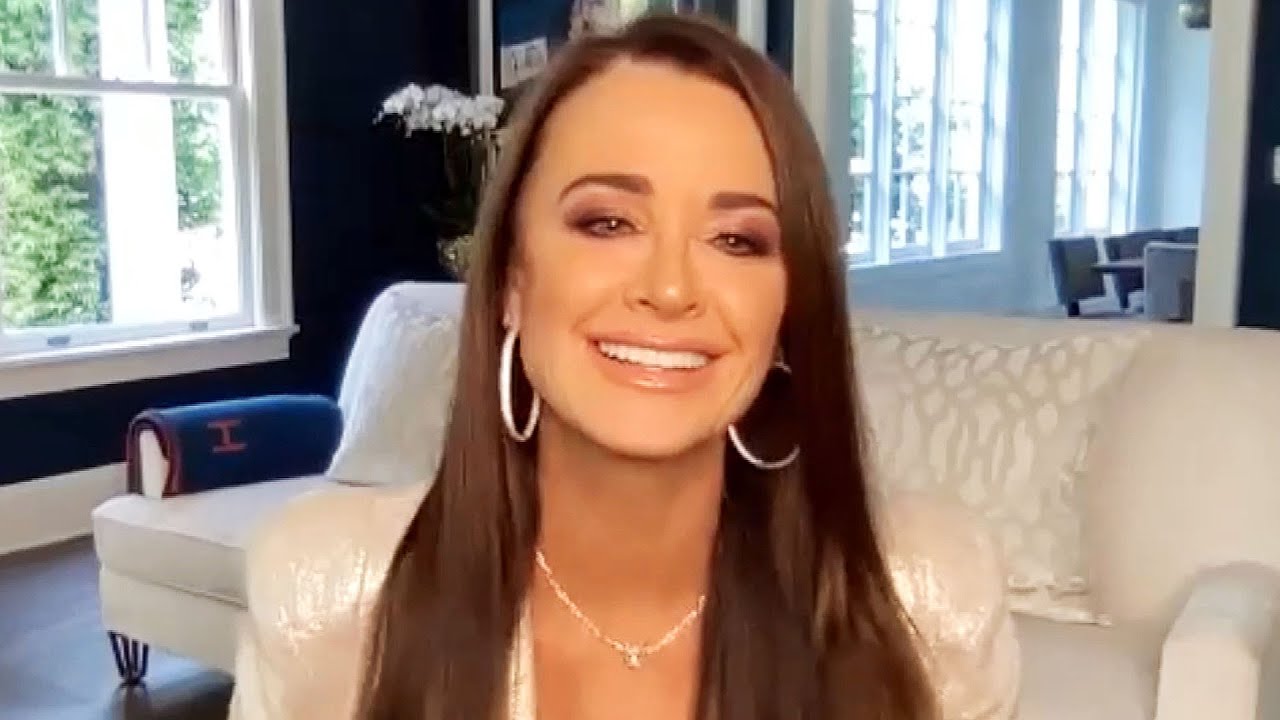 Entertainment Tonight
Share on Facebook
Share on Twitter
Share on Pinterest
Share on LinkedIn
‘The Real Housewives of Beverly Hills’ OG Kyle Richards breaks down all things season 11 with ET, starting with her sister Kathy Hilton becoming the series’ breakout star! Kyle explains why now was the right time to introduce her oldest sister to the world of ‘Housewives’ and what fans should expect from the unexpectedly kooky cast member moving forward. Plus, Kyle weighs in on everything going down in Erika Jayne’s world, from her surprise divorce announcement and the lawsuits that followed, which was all captured on camera for season 11. Kyle also addresses fan speculation that the ‘Fox Force Five’ — a group that includes Kyle, Erika, Lisa Rinna, Dorit Kemsley and former ‘Wife Teddi Mellencamp — gang up every season to take down one co-star. Some viewers believe this year’s target is Garcelle Beauvais, but Kyle says she and the ‘The Real’ co-host are in a great place. Kyle also offers up some teases about the ‘Real Housewives’ mash-up show coming to Peacock later this year, a vacation-set series she shot this spring alongside Luann de Lesseps, Ramona Singer, Melissa Gorga, Teresa Giudice, Cynthia Bailey and Kenya Moore. ‘RHOBH’ airs Wednesdays on Bravo.