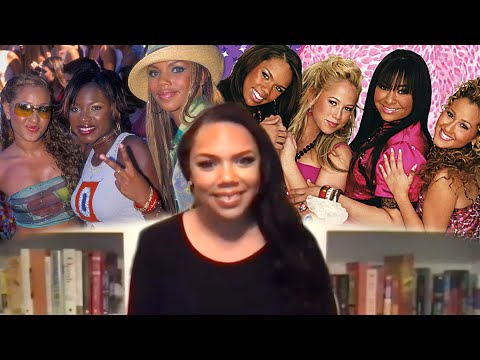 Entertainment Tonight
Share on Facebook
Share on Twitter
Share on Pinterest
Share on LinkedIn
Kiely Williams is opening up to ET’s Deidre Behar about her past in 3LW and the Cheetah Girls, while promoting her new series, ‘BET Presents The Encore,’ airing Wednesdays on BET and BET Her. The 34-year-old addresses her complicated history with former 3LW bandmates Adrienne Houghton and Naturi Naughton. She also reflects on the heartfelt Instagram Live she did last year with her former Cheetah Girls bandmate, Raven-Symoné, and explains why their conversation felt therapeutic. As for the possibility of either of her former girl groups reuniting, Kiely shares why she thinks it’s more likely to happen with Cheetah Girls, if at all. The New Jersey native is currently focused on her new reality series, ‘BET Presents The Encore,’ which focuses on former girl group singers who live in a house and try to make music together in 30 days. Alongside Kiely are singers Nivea, Pamela Long from Total, Fallon King and Felisha King from Cherish, Shamari Devoe from Blaque, Lemisha Grinstead and Irish Grinstead from 702 and Aubrey O’Day from Danity Kane.