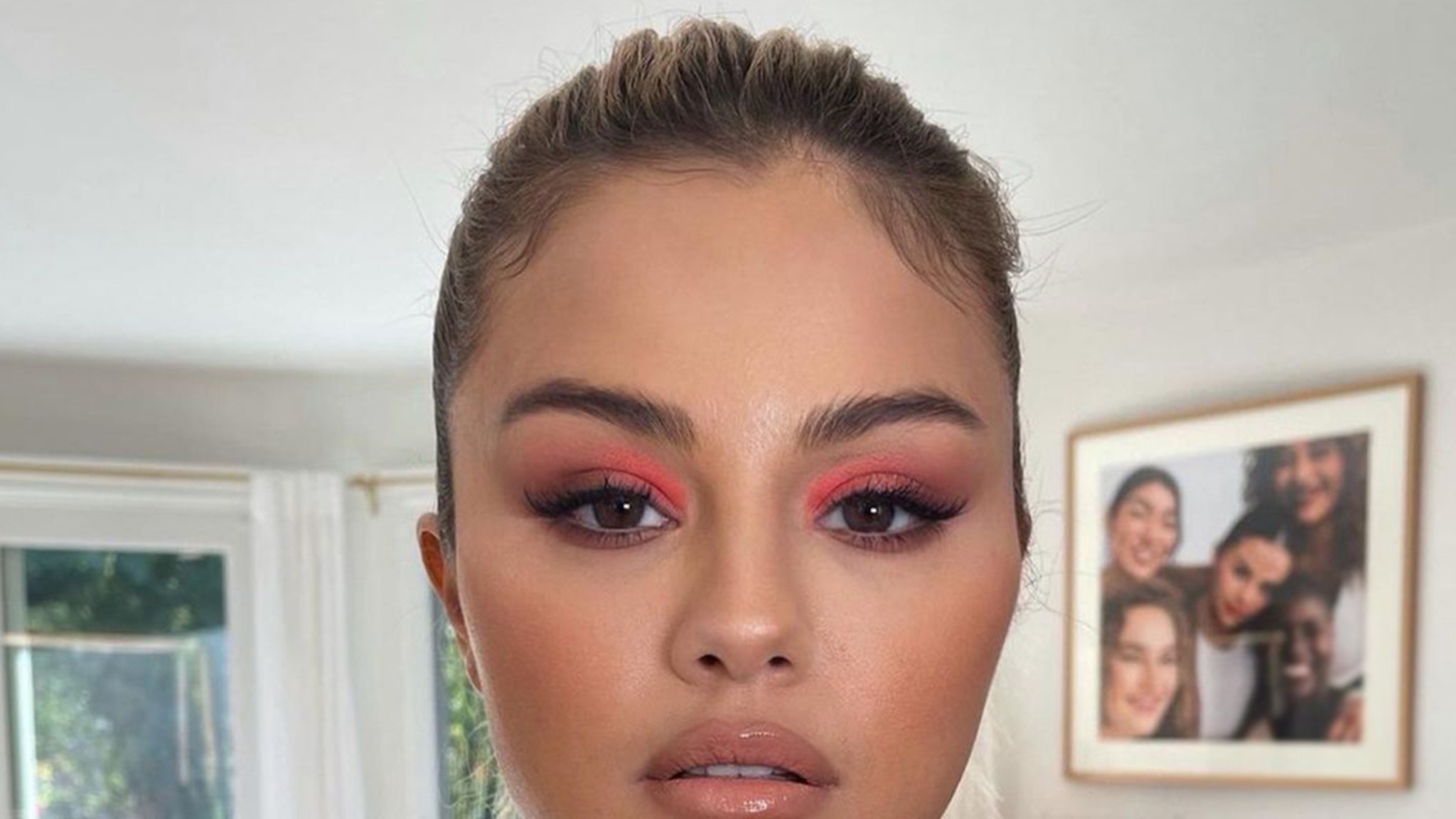 Selena Gomez thinks she’s the butt of a couple jokes on “The Good Fight” … but production tells us she’s got the wrong idea about the kidney transplant jabs.

Selena and her fans were upset about a couple wisecracks in a scene from the CBS drama … where characters are discussing what kinds of jokes are NOT kosher … but we’re told the joke is going over everyone’s head, though Selena’s camp disagrees.

“RESPECT SELENA GOMEZ” was trending worldwide on Twitter after an episode of “The Good Fight” in which they joke about Selena Gomez’s kidney transplant. 😒⁣🚮 pic.twitter.com/ivMbzsEi3C

A production source tells TMZ … the Selena reference is part of a discussion the characters are having about topics that are not okay to make fun of and the idea of cancel culture and being canceled for telling a bad joke, and it’s decided Selena’s transplant isn’t something to wisecrack about. 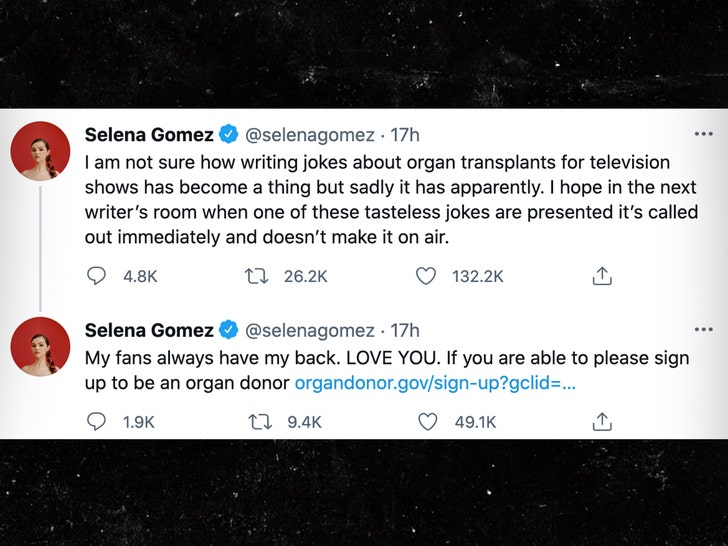 The clip started making the rounds on social media this week and folks got “RESPECT SELENA GOMEZ” trending for a bit, with Selena chiming in and calling the scene “tasteless.”

Despite what production says, Selena’s not buying it.

Sources close to the singer tell us … context or not, the way the show wrote and delivered the scene was inappropriate and people around Selena still feel like the scene is being used as a joke not as an educational moment

Selena’s dealt with this sort of thing before … as we reported, the kidney jokes were flying in the ‘Saved By The Bell’ reboot and the show removed them after tons of backlash.

No word if these lines will get scrubbed too.