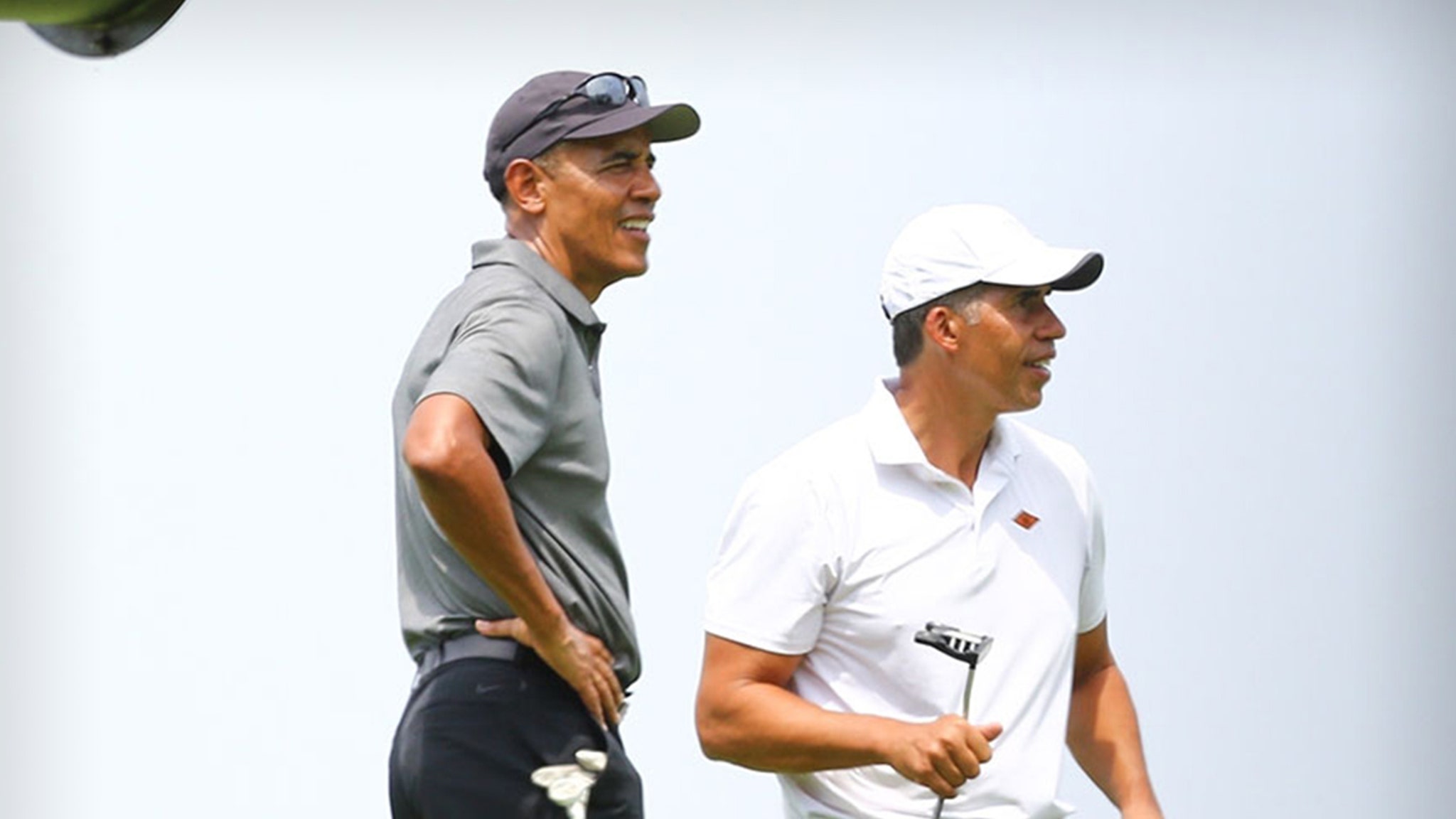 Barack Obama‘s attitude toward his mega birthday bash — which still looks pretty mega at this point — seems to pretty much be … forrrrrreeeeeget about it.

The ex-Prez was seen playing a round of golf Saturday on Martha’s Vineyard with pals, not too far from where he’ll be holding his big shindig later tonight — which is still expected to host scores of people … this in spite of him claiming to have scaled it back.

The apparent contradiction to his announced plans doesn’t seem to be bothering BO one bit, though — ’cause the dude was all smiles on the links.

Check out these pics of 44 fore-ing it up in grey, and taking some big swings on the fairway — he looks about as polished as ever … even when he shanks one, which he didn’t appear to do a whole lot of here. Looks like he was mindful of blisters, too … wearing bandages on his gloveless hand.

These are the same good-time vibes we saw at last night’s leadup to the party — where a crap ton of people (upwards of 300, we’re told) came out for a pre-game of sorts … laughing it up at a house Barry seems to have rented for the festivities. This in addition to the giant tent he has on standby for the night of, we might add.

After a raucous night of fun, it would seem Barack had energy and then some for a game.

As we’ve reported … people on the island are pissed over the multi-night gatherings for a number of reasons — not the least of which include roads being blocked off for locals.

There’s more problems beyond that, of course, but for Barack … full-steam ahead, it seems.

Katey Sagal Hit by Car in L.A., Hospitalized for Injuries
Stacey Dash Reveals She Was Spending $10,000 a Month on Drugs
Joe Rogan Stands Up to CNN | The TMZ Podcast
Adele Takes Back Rejection of Peppa Pig Collab, Says She Regrets It
Jay-Z, Beyonce Selling New Orleans Mansion That Caught Fire in July