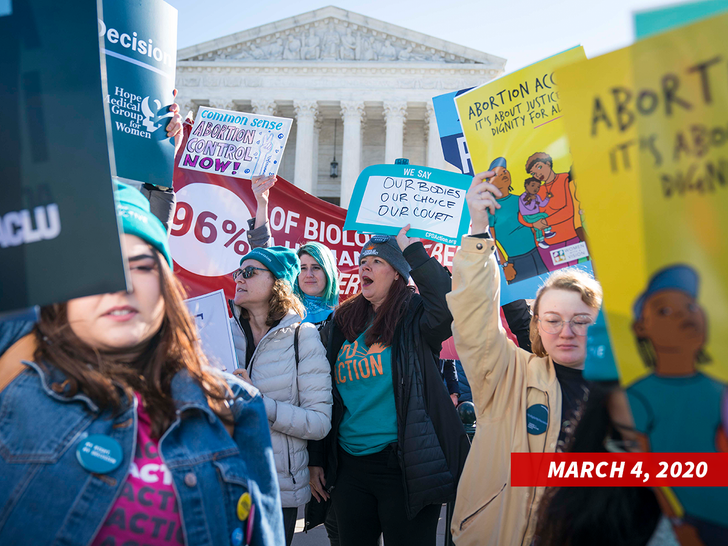 Abortion rights are now squarely on the chopping block after the U.S. Supreme Court refused to stop the most restrictive anti-abortion law in the country from going into effect.

The Texas law prohibits abortions after the 6th week of pregnancy  As you know, many/most women don’t even know they’re pregnant during the first 6 weeks. What’s more, if an abortion is performed after the 6th week, any citizen in the country — not just Texas, but the entire country — can sue anyone who helps facilitate the abortion for $10,000 plus attorney’s fees.

That means someone could sue not only the clinic, but the Uber driver who took the woman to the facility, a friend who made a call to the clinic on the woman’s behalf, a counselor who advised the woman, the spouse of the woman, etc.

The Supreme Court was asked to put the law on ice Tuesday night, before it went into effect at midnight, but SCOTUS was silent … and in this case, silence speaks volumes. If the justices didn’t feel this law squarely violated Roe vs. Wade, it’s a loud, screaming signal about their feelings toward Roe.

There are 5 justices — and possibly 6 — who have strongly indicated they would be inclined to overturning Roe, and they will have a shot at that soon, because a Mississippi anti-abortion law is a direct challenge to the 1973 precedent that gives women the right to an abortion.

For now … Roe vs. Wade is effectively not the law of the land in Texas, where abortion clinics cannot exist at this point … and its fate now hangs in the balance.