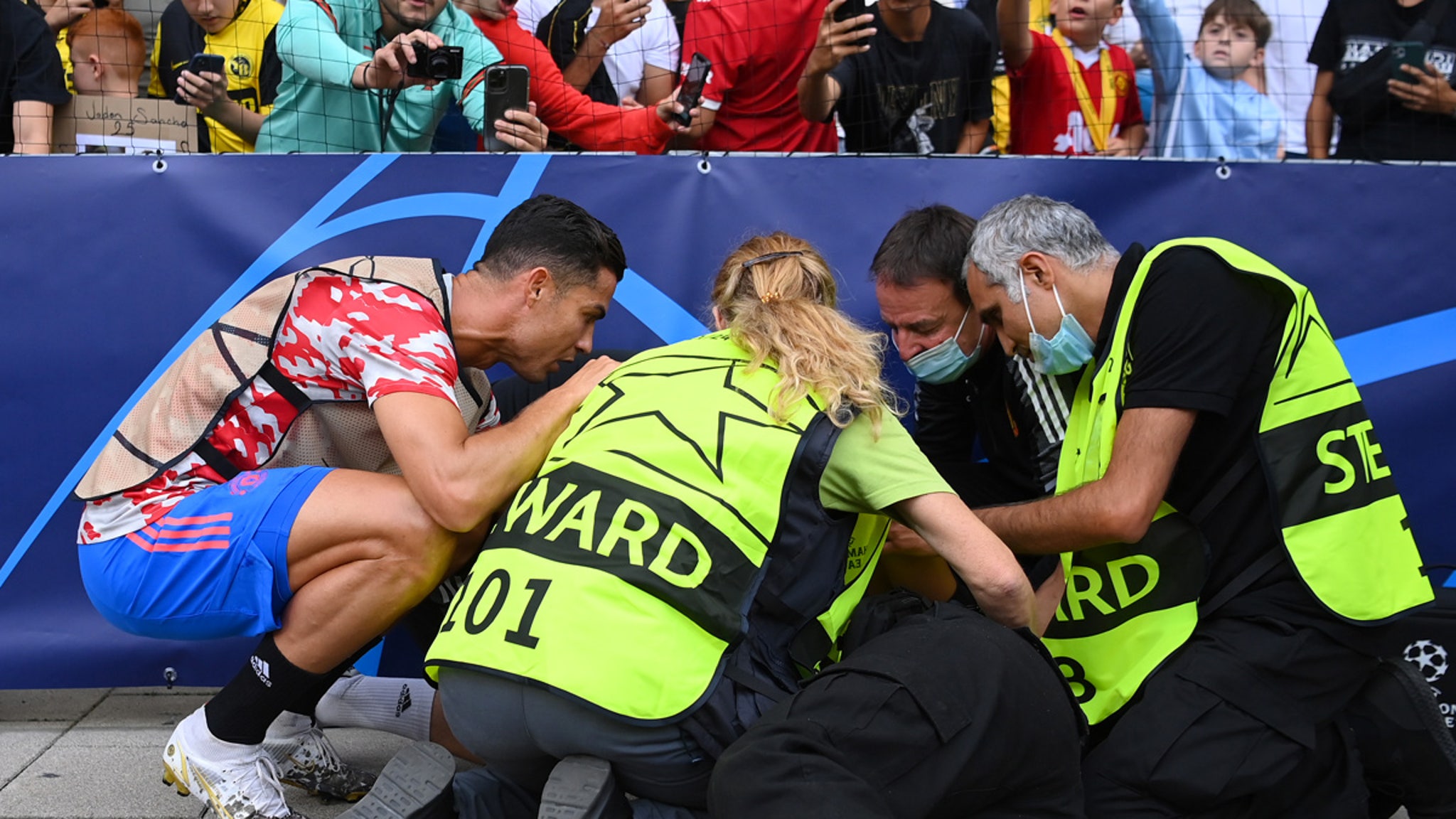 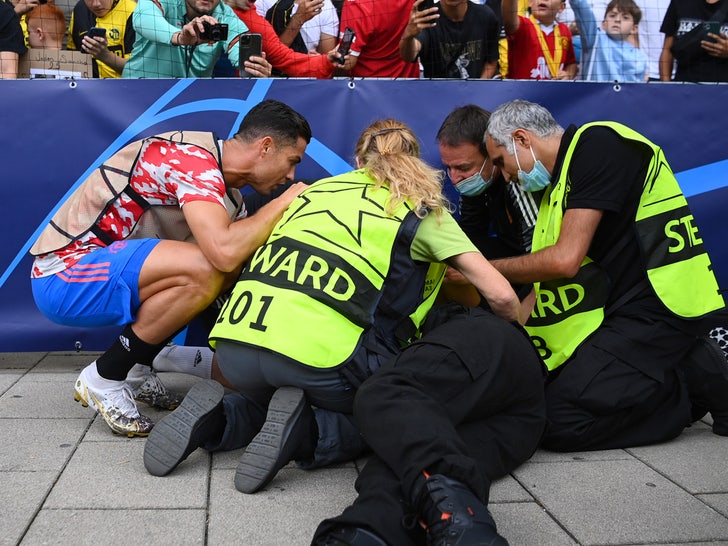 Cristiano Ronaldo sprang into action to help a security guard prior to his Manchester United match on Tuesday … after one of his practice shots hit and seemingly injured the staffer.

The 36-year-old soccer superstar was getting in some practice kicks prior to his first Champions League game with Man U since 2009 … when the ball soared over the goal and hit the guard. 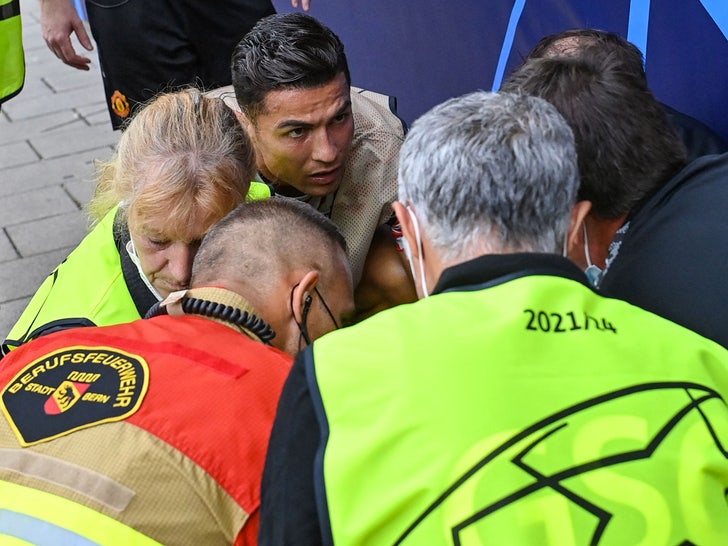 The staffer fell to the ground and laid on his back as Ronaldo leapt over the fence to check on him. Ronaldo looked visibly concerned as the staffer was tended to.

No word on the security guard’s current status — we’ll keep you updated as soon as details are released.

As for the game, Ronaldo was able to find his accuracy and hit the back of the net early in the match against the Young Boys of Switzerland to give Man U a 1-0 lead … but an equalizer came in the 66th minute. 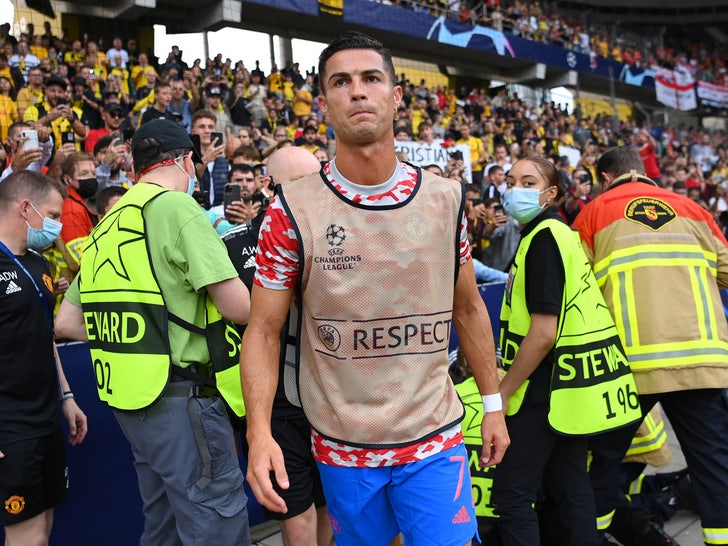 Of course, Ronaldo just rejoined Man U last month, after being a superstar with the team from 2003-09 … and so far, it’s been nothing but success.