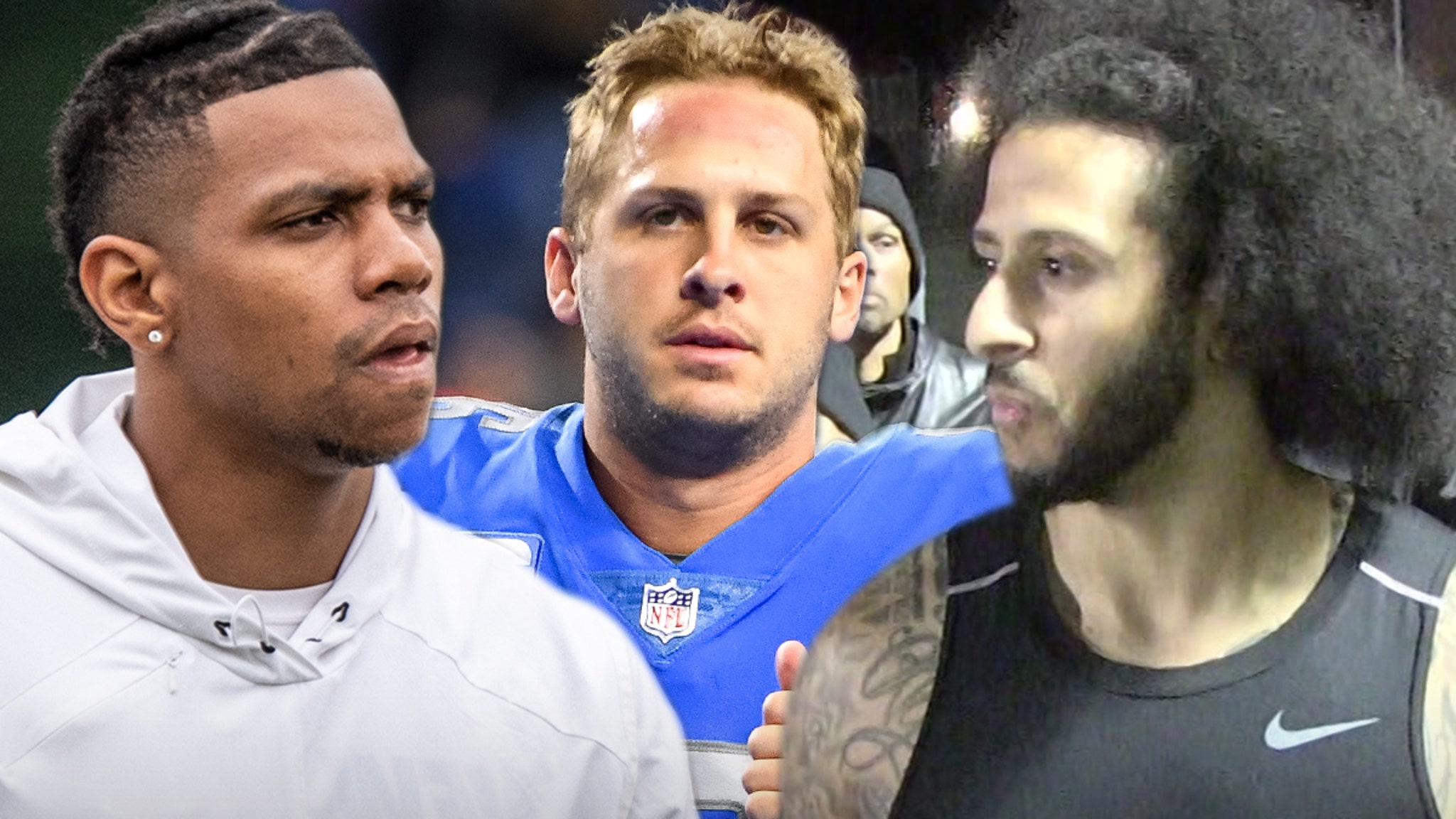 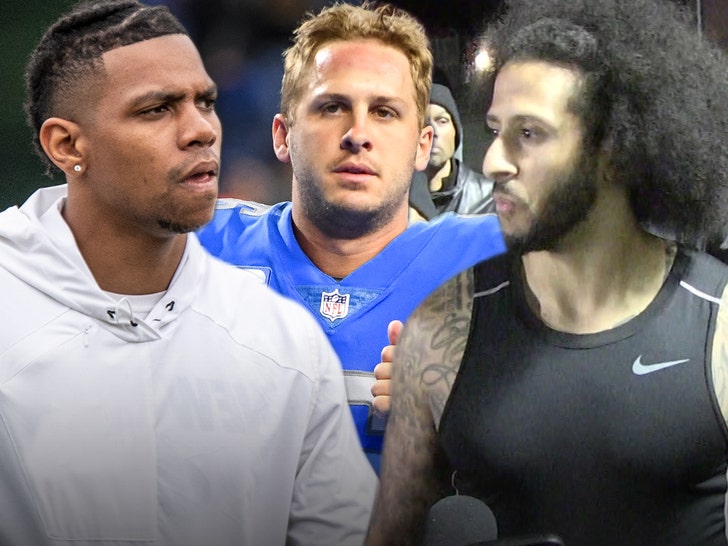 Terrelle Pryor says Jared Goff is so bad … he’s convinced both he and Colin Kaepernick would be better options for the Lions right now.

The former wide receiver — who began his career as a quarterback — blasted the Detroit signal-caller in a now-deleted social media post, calling Goff straight-up “terrible.”

“Myself and Kaepernick can go on field this second and do better,” Pryor said. 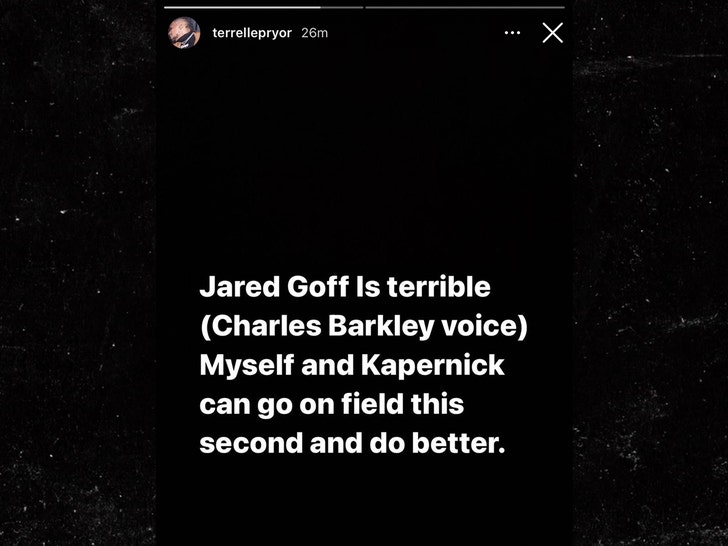 The 32-year-old, who hasn’t played in a regular-season game since 2018, unleashed the shade while Goff was struggling against the Pittsburgh Steelers.

In the eventual 16-16 tie at Heinz Field, Goff threw for just 114 yards … and completed just 14 passes while taking 4 sacks.

It doesn’t seem Detroit is in any rush to sign either Pryor or Kaepernick to replace Goff — but Lions head coach Dan Campbell has hinted the past few weeks a change at quarterback is a possibility.

As for Goff, he really doesn’t have much ammo to fire back at Pryor with — he’s now 0-15-1 in games he’s played without Sean McVay.

And, you thought your Monday blues were rough.