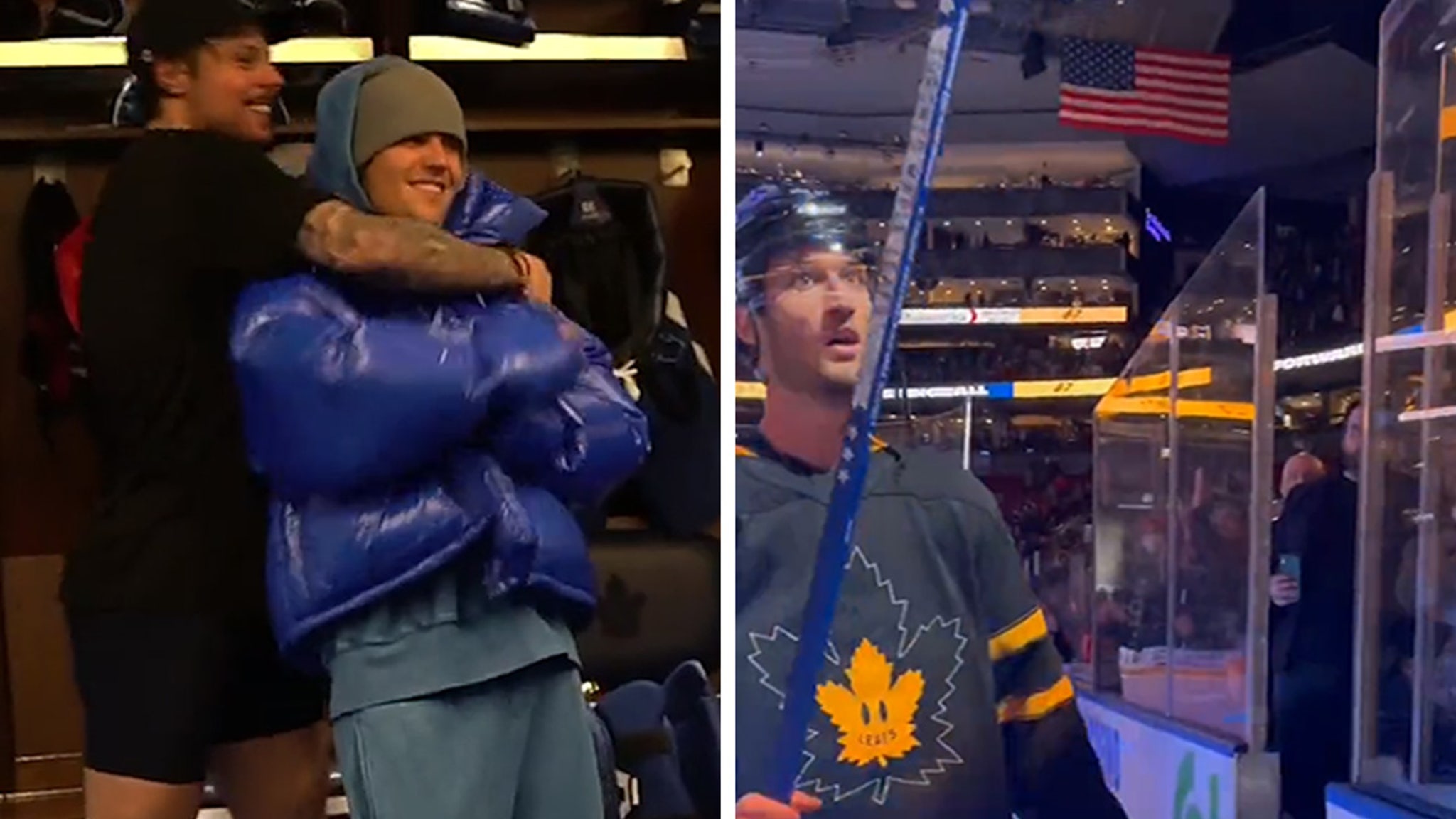 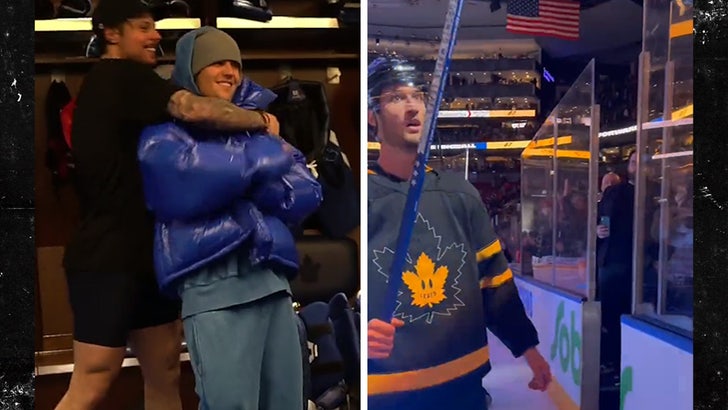 The Toronto Maple Leafs debuted their new Justin Bieber-designed jerseys on Wednesday … and they were joined by none other than the Biebs himself!!

Auston Matthews and the “Peaches” singer got in some one-on-one time after their matchup against the New Jersey Devils … showing the NHL superstar walking up to and hugging Bieber in the locker room.

Of course, the duo has become pretty tight over the years … and have even hit the ice together to play some pickup hockey.

Bieber got the VIP treatment on Wednesday … checking out the facility, taking pics with all the players and getting his very own custom Drew jersey.

Hold on, last night was a movie 🎥 pic.twitter.com/VnOsxVSf8t

The night was extra special for Bieber … as his beloved team rocked his newly-designed threads in their 3-2 win over the Devils.

As we previously reported, the sweaters are reversible to show the yellow Drew House design on the inside … and the team rocked ’em during warm-ups!!

The jerseys are a big hit — they’re already sold out on the Drew website … and are flying off the shelves with the NHL Shop.

Since the Leafs came out with the win, ya might see them rock the Drew again soon — after all, they seem like quite the good luck charm!!