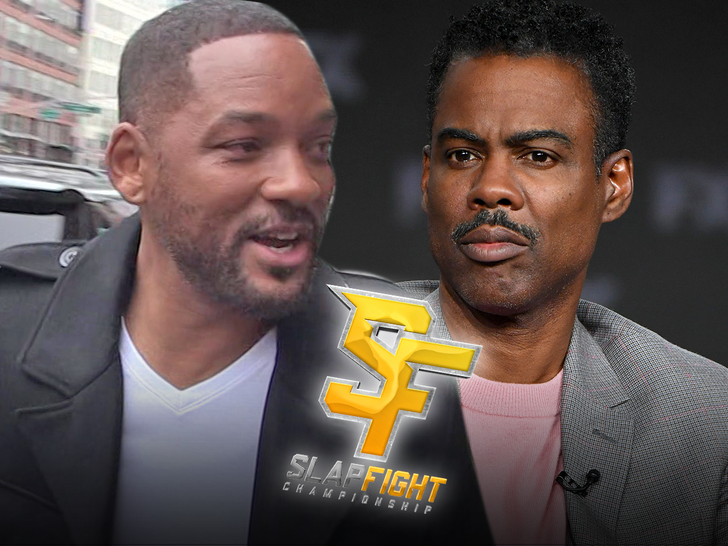 If Chris Rock is looking to serve up a dish of revenge on Will Smith, a Slapfighting organization is willing to provide everything the legendary comedian needs to smack the hell out of the A-list actor.

SlapFIGHT Championship puts on slap fights (like the name sounds — there are 5 weight classes, and competitors slap each other until someone quits or goes to sleep) … and the org. tells TMZ Sports they’re offering a safe and controlled place for the two entertainers to slap each other silly in an exhibition match.

JT Tilley, the CEO, says he’d like to see Rock seek revenge on Smith after the incident at the Oscars.

“I made an offer,” Tilley tells us, adding, “I would love to host an exhibition match between them two and make it safe as possible.”

Tilley says SlapFIGHT fans definitely want this fight to happen … with many declaring Rock would win if it went down.

“Our fans (via social media) think Chris Rick would be the winner,” Tilley says, “because he obviously has a strong chin.”

That doesn’t mean Will — who is about 6’2″, 200 lbs.– won’t be good at the sport … in fact, Tilley says the 53-year-old’s slap technique is similar to their top fighter, middleweight champ Wolverine. 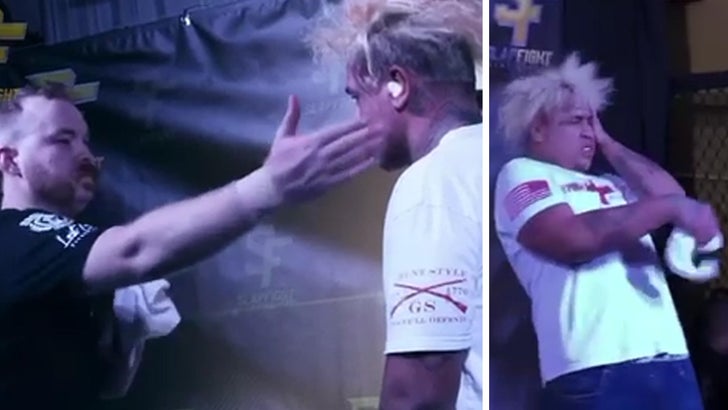 If they’re not interested in competing, Tilley says he’d like to host Chris and Will at one of their fights. But of course, a rematch sounds better.

“I would like to give them a chance to settle their differences,” Tilley says.