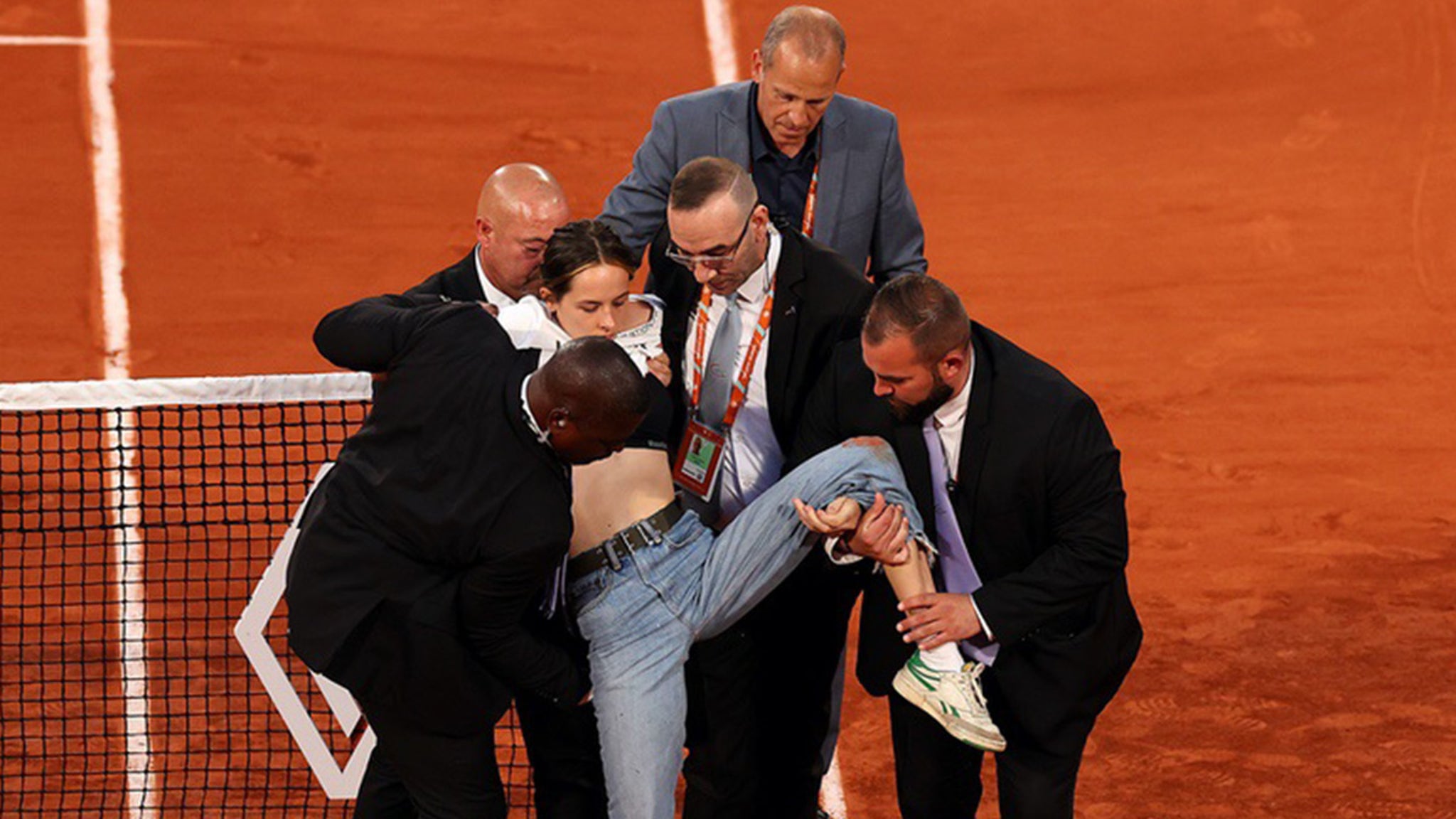 In an unexpected turn of events, play was temporarily halted during a French Open men’s semi-final match on Friday after a protester ran onto the court and tied herself to the net.

The woman, who was wearing a shirt that had “We have 1028 days left” printed on the front, interrupted the match between Marin Cilic and Casper Ruud at Court Philippe-Chatrier in Paris.

A protester has attached herself to the net at the French Open pic.twitter.com/jSUFDGFhsz

Unclear what exactly the woman’s motive was for interfering during the contest, but security officials moved quickly to ensure she caused no harm to the players.

Ruud was astonished at the site of the woman on the court … and he actually had to stop serving for several moments as guards worked to get her off the net.

Security ultimately carried the woman, whose identity remains a mystery at this time, off the clay so the match could finally resume.

Of course, this isn’t the first time we’ve seen a demonstrator try to have their voice heard by causing a disruption at a live sporting event.

A fan just tried to glue themself to the floor pic.twitter.com/jb5IgKZCCL

During the Minnesota Timberwolves’ play-in game in April, a woman glued her hand to the court’s floor in protest of the team’s owner.