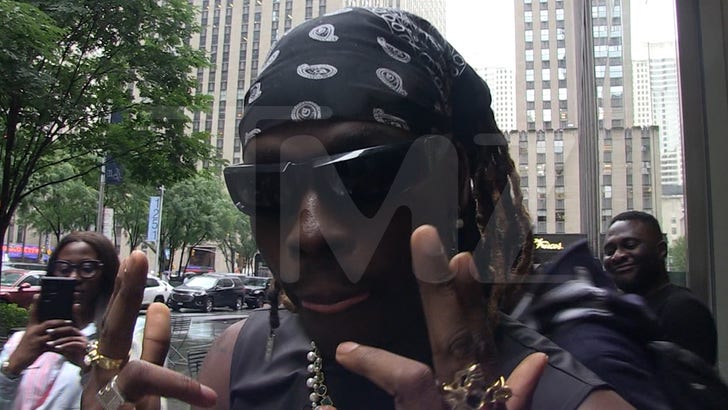 Madonna was trapping out the bando earlier this year with her “Frozen (Fireboy DML Remix)” … and turns out the collab only happened because of what went down in the DMs between the Nigerian Afrobeats star and her.

TMZ Hip Hop linked with Fireboy DML Tuesday in midtown Manhattan, and he says his track with Madonna was actually several years in the making.

Fireboy says Madonna slid in his DMs around 2019 asking him to be a part of the remix. The kicker is the original version was released in 1998 — when Fireboy was just 2 years old!!!

The comeback trail for Madonna’s 24-year-old hit began in December 2021 when Canadian producer Sickick dropped a remix on TikTok, spiking a Billboard Dance chart before they added Fireboy to the mix.

The music video appropriately took advantage of the “fire and ice” theme and has since racked up 12 million views — which Fireboy says is a huge win for Afrobeats’ mainstream awareness worldwide.

Fireboy’s story should be a lesson for artists to manage their social media messages … you never know when a legendary opportunity is creeping!