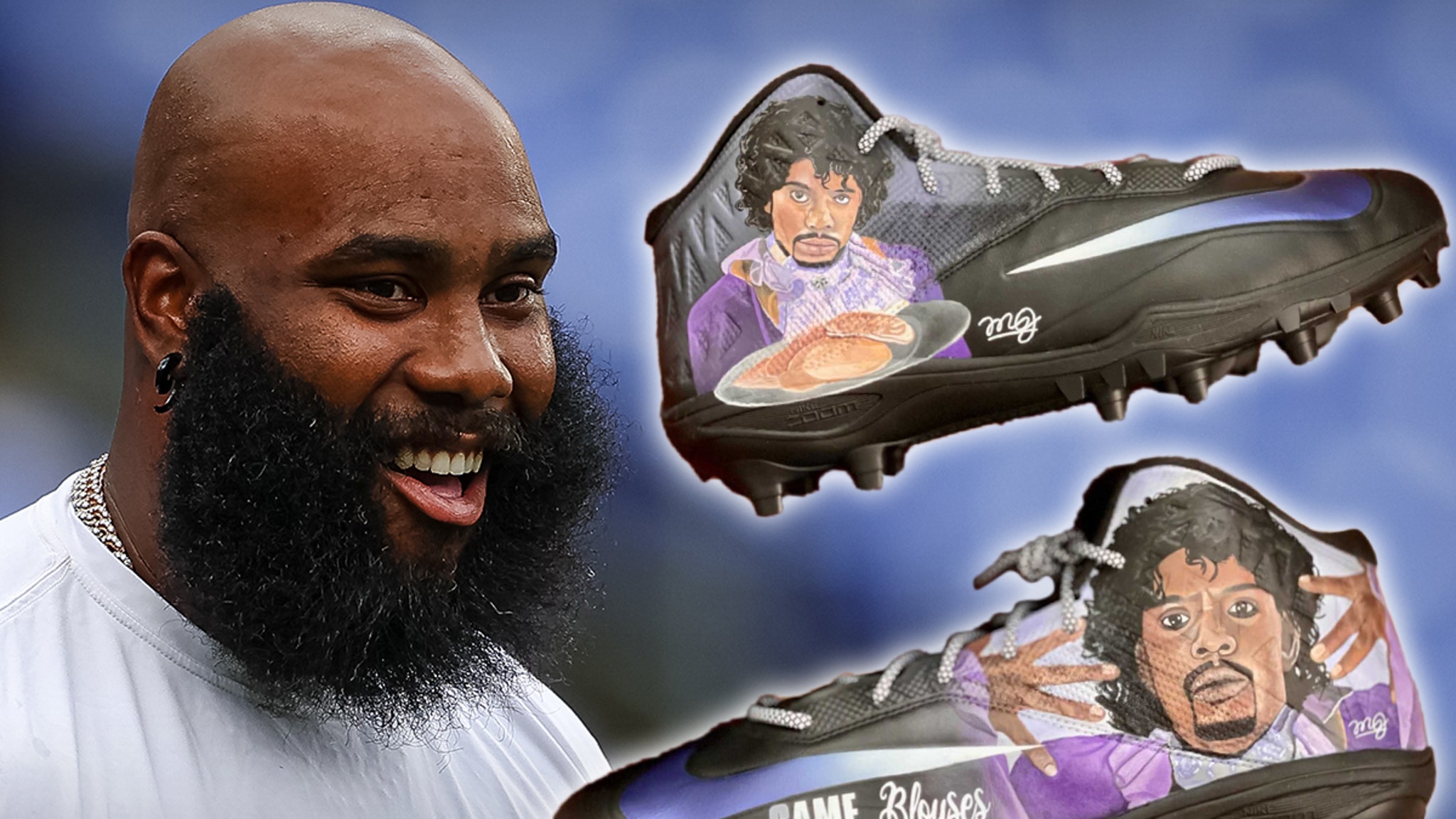 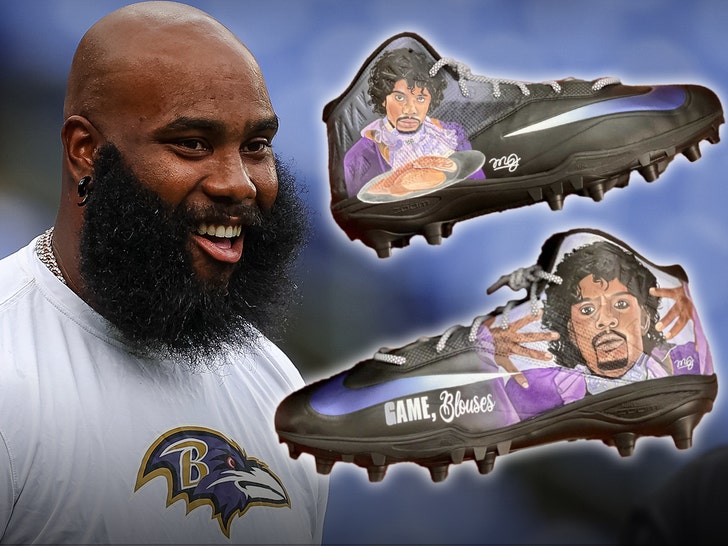 Forget Lamar Jackson, the guy to really watch during the Ravens’ season opener this weekend is Morgan Moses — ’cause he just copped some custom Dave Chappelle shoes for the occasion … and they’re awesome!!

TMZ Sports has learned Baltimore’s offensive tackle hit up popular artist Mike Jordan to get some dope imagery put on his spikes for the team’s first game of the season against the Jets.

Jordan tells us Moses let him pick out the design … and since Moses loves pancakes and wanted Ravens colors, he decided Chappelle’s famous Prince episode was the perfect theme.

If you haven’t seen it — the 2004 sketch is hilarious … Chappelle dressed up in a Prince suit and replayed the fictional time the legendary singer beat Charlie Murphy in a pickup basketball game — and ate pancakes afterward.

On the right side of the cleats, Jordan put Chappelle wearing the same fit he did in the show with a plate of pancakes. On the left side, he put Chappelle in the Prince suit making a funny hand gesture. 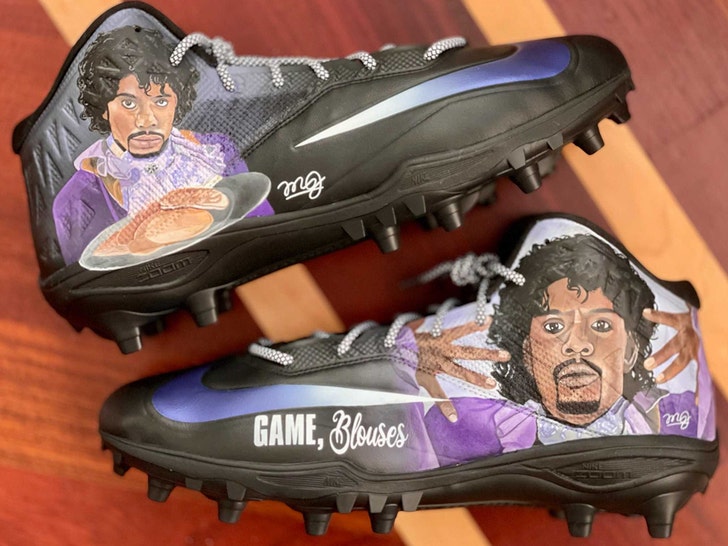 Jordan — who has done work for several NFL stars including Tre’Davious White in the past — says it took 12 hours to put together … and ensured Moses will get ’em just in time for the Sunday afternoon kickoff!